The state is working to stop the spread of the coronavirus. 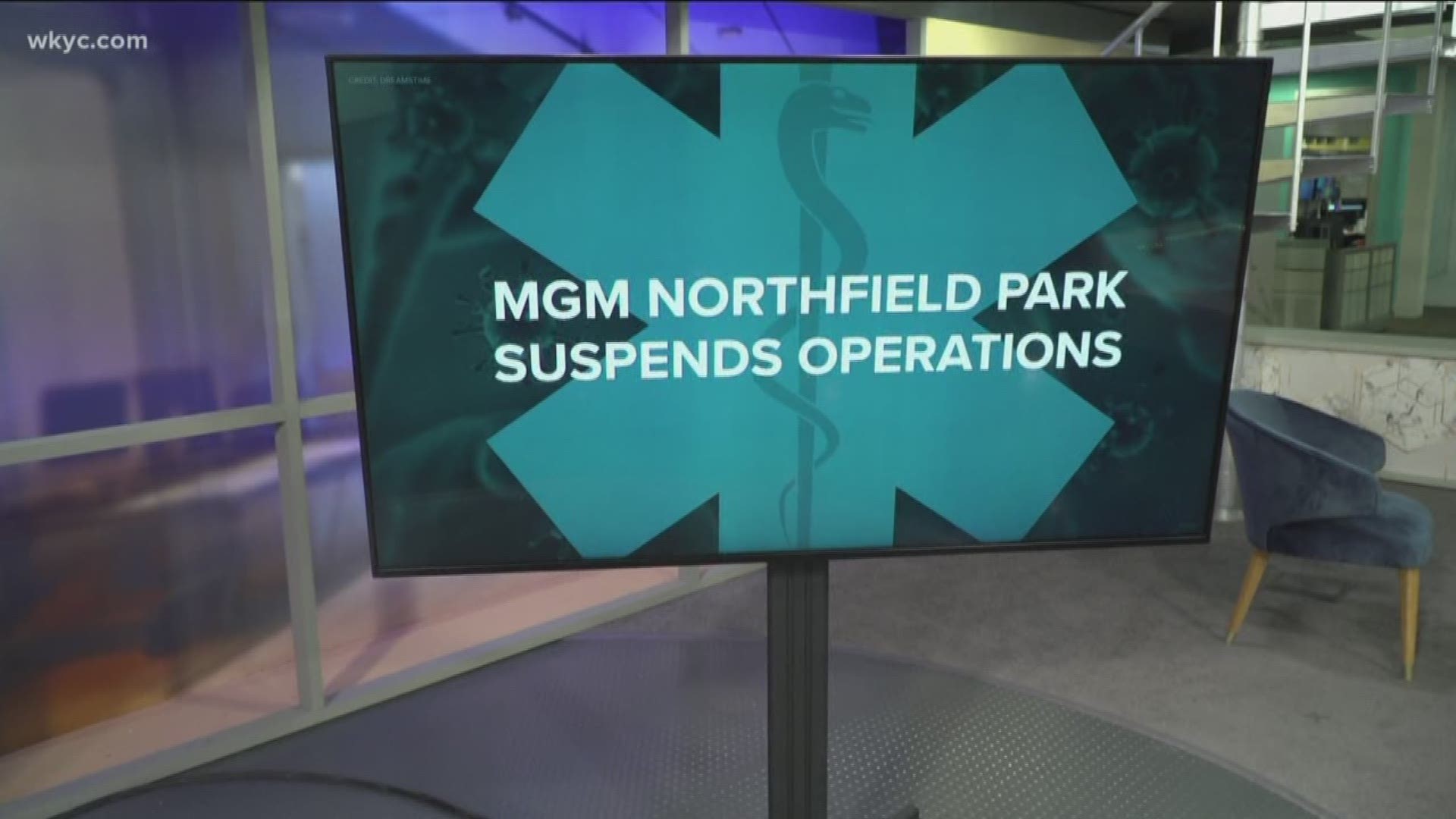 COLUMBUS, Ohio — When Gov. Mike DeWine issued an order banning mass gatherings of over 100 people in response to the coronavirus pandemic, he made several exceptions, notably for things like hospitals, airports, churches, schools, and more.

It wasn't initially clear how this would affect the state's four casinos, including JACK Casino in Cleveland.

Those questions have now been put to rest.

Following a mandate from the Ohio Casino Control Commission that said all four locations must comply with the order, JACK Cleveland Casino has announced that it is temporarily closing its doors.

The commission did not say the casinos must close; only that they must comply with the directive by midnight and "submit to the Commission their plans to maintain compliance." Officials added they "may take additional actions if needed."

The instructions from the OCCC do not apply to JACK Thistledown Racino in North Randall or to MGM Northfield Park, as they are under the jurisdiction of the Ohio Lottery Commission (OLC). However, 3News confirmed with the OLC that all Ohio racinos were sent a notice to comply with Gov. DeWine's directive on mass gatherings by midnight on Friday. The OLC provided the following statement on the matter.

"The Ohio Lottery Commission notified racinos that they must be in compliance with Governor DeWine’s Executive Order 2020-01D to limit mass gatherings. We expect them to be in compliance by midnight tonight. Failure to comply may result in administrative action including temporary shutdown of the video lottery terminals."

Shortly after the OCCC and OLC's rulings, MGM Resorts International announced that it will temporarily close MGM Northfield Park.

“As of midnight tonight, MGM Northfield Park will suspend operations and temporarily close,” said MGM Chief Operating Officer and President Bill Hornbuckle.  “We will do all we can to mitigate the impact on our employees and partners. We will monitor this rapidly changing situation and will keep everyone informed as decisions are made to reopen in the future.”

13 state residents have so far tested positive for the coronavirus, the vast majority in Northeast Ohio. The pandemic has so far killed more than 5,400 people worldwide, including 48 in the United States.

RELATED: Stocks recoup much of a historic plunge as Trump announces measures to fight virus

LIST: Northeast Ohio institutions, locations, & events that have been closed or restricted due to coronavirus threat