Jordan and Fauci clashed on Friday during a congressional hearing on preventing the spread of COVID-19. 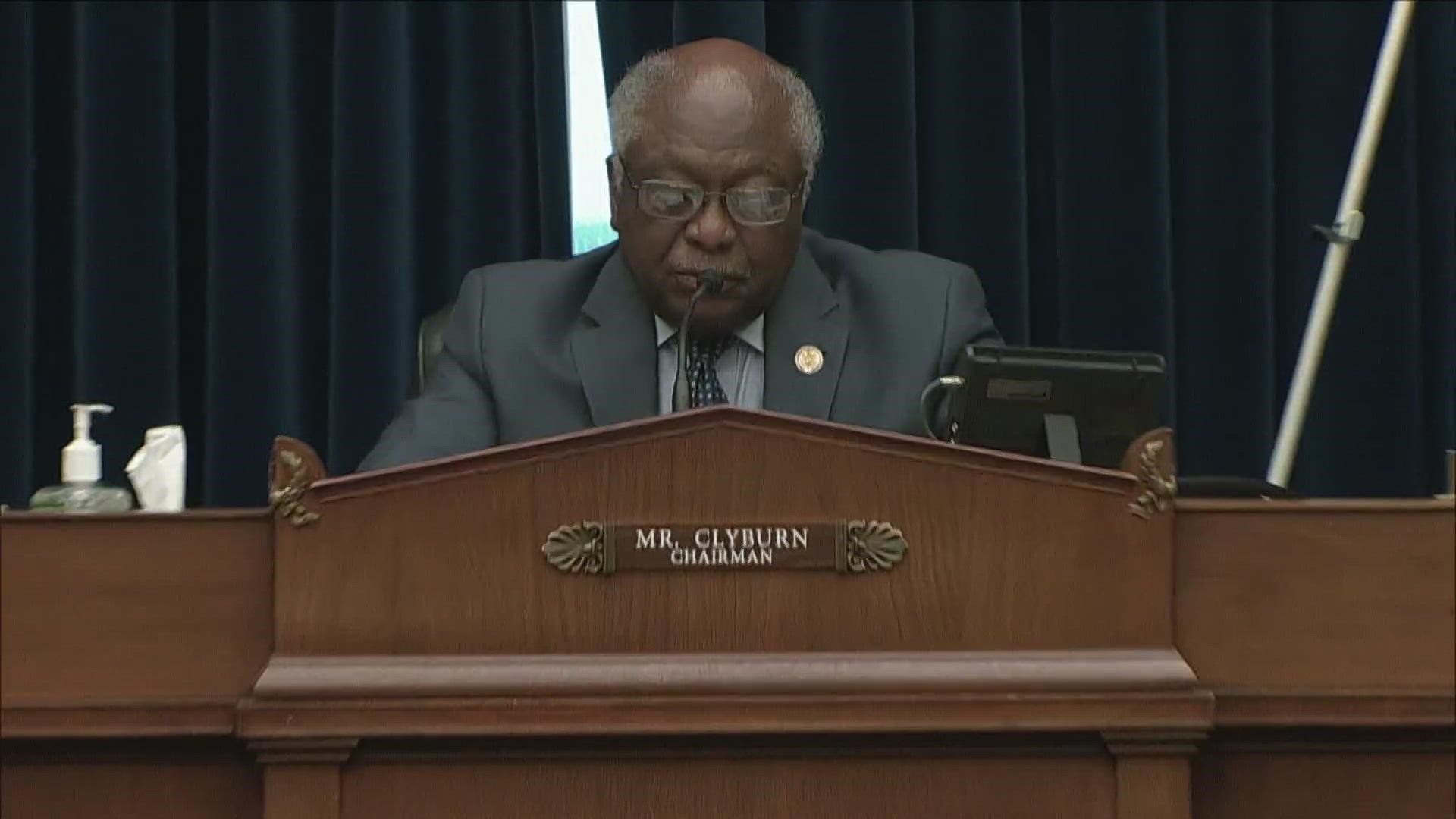 Jordan pressed the director of the National Institute of Allergy and Infectious Diseases on if the government should limit the amount of protesting that is going on in America, since Fauci believes that people should avoid being in large crowds.

"I don't think that's relevant," Fauci replied. "I'm not in a position to determine what the government can do in a forceful way."

The back and forth continued and the hostility between the two intensified.

At one point Jordan stated,"You're allowed to protest. Millions of people on one day, in crowds, yelling, screaming. But you try to run your business, you get arrested?"

"I don't understand what you're asking me, as a public-health official, to opine on who should get arrested or not," Fauci answered, clearly showing more frustration. "That's not my position. You could ask me as much as you want, and I'm not going to answer it."

The climax of the confrontation occurred when Jordan claimed that Fauci previously stated that protests increased the spread of COVID-19.

"So the protests don't increase the spread of the virus?" Jordan followed up.

"I didn't say that," Fauci said. "You're putting words in my mouth. I can tell you that crowds are known, particularly when you don't have a mask, to increase the acquisition and transmission, no matter what the crowd is."

You can watch Fauci and Jordan's exchange in the player below:

Among those who were watching Dr. Fauci and Rep. Jordan square off was President Trump.

"Great job by Jim Jordan, and also some very good statements by Tony Fauci. Big progress being made!" Trump tweeted aboard Air Force One. The president was heading to Florida for talks on the response to COVID-19 and hurricane preparedness.

Great job by Jim Jordan, and also some very good statements by Tony Fauci. Big progress being made! https://t.co/8Oeca9H3yq

Once a coronavirus vaccine is approved as safe and effective, Americans should have widespread access within a reasonable time, Dr. Fauci assured lawmakers, expressing “cautious” optimism that a vaccine would be available, particularly by next year.

I believe, ultimately, over a period of time in 2021, that Americans will be able to get it,” Fauci said, referring to the vaccine.

There will be a priority list for who gets early vaccinations. “I don't think we will have everybody getting it immediately,” Fauci explained.

But “ultimately, within a reasonable time, the plans allow for any American who needs the vaccine to get it,” he added.

Under direction from the White House, federal health authorities are carrying out a plan dubbed Operation Warp Speed to manufacture 300 million doses of a vaccine on a compressed timeline.

Fauci, the nation’s top infectious disease official, said a quarter-million people have expressed interest in taking part in studies of experimental vaccines for the coronavirus.

He said that 250,000 people have registered on a government website to take part in vaccine trials, which are pivotal for establishing safety and effectiveness. Not all patients who volunteer to take part in clinical trials are eligible to participate.

At a time when early progress seems to have been lost and uncertainty clouds the nation’s path forward, Fauci is calling on lawmakers — and all other Americans — to go back to public health basics such as social distancing and wearing masks.

The panel, the House Select Subcommittee on the Coronavirus Crisis, is divided about how to reopen schools and businesses, mirroring divisions among Americans. Committee Chairman Rep. James Clyburn, D-S.C., said the White House must come up with a comprehensive national plan to contain the virus. Ranking Republican Steve Scalise of Louisiana said the Trump administration has plans already on vaccines, testing, nursing homes and other coronavirus-related issues.