'We do not have anything close to a home run': Cleveland Clinic doctor weighs in on the quest for a coronavirus vaccine

There are currently more than 100 vaccines in various phases. 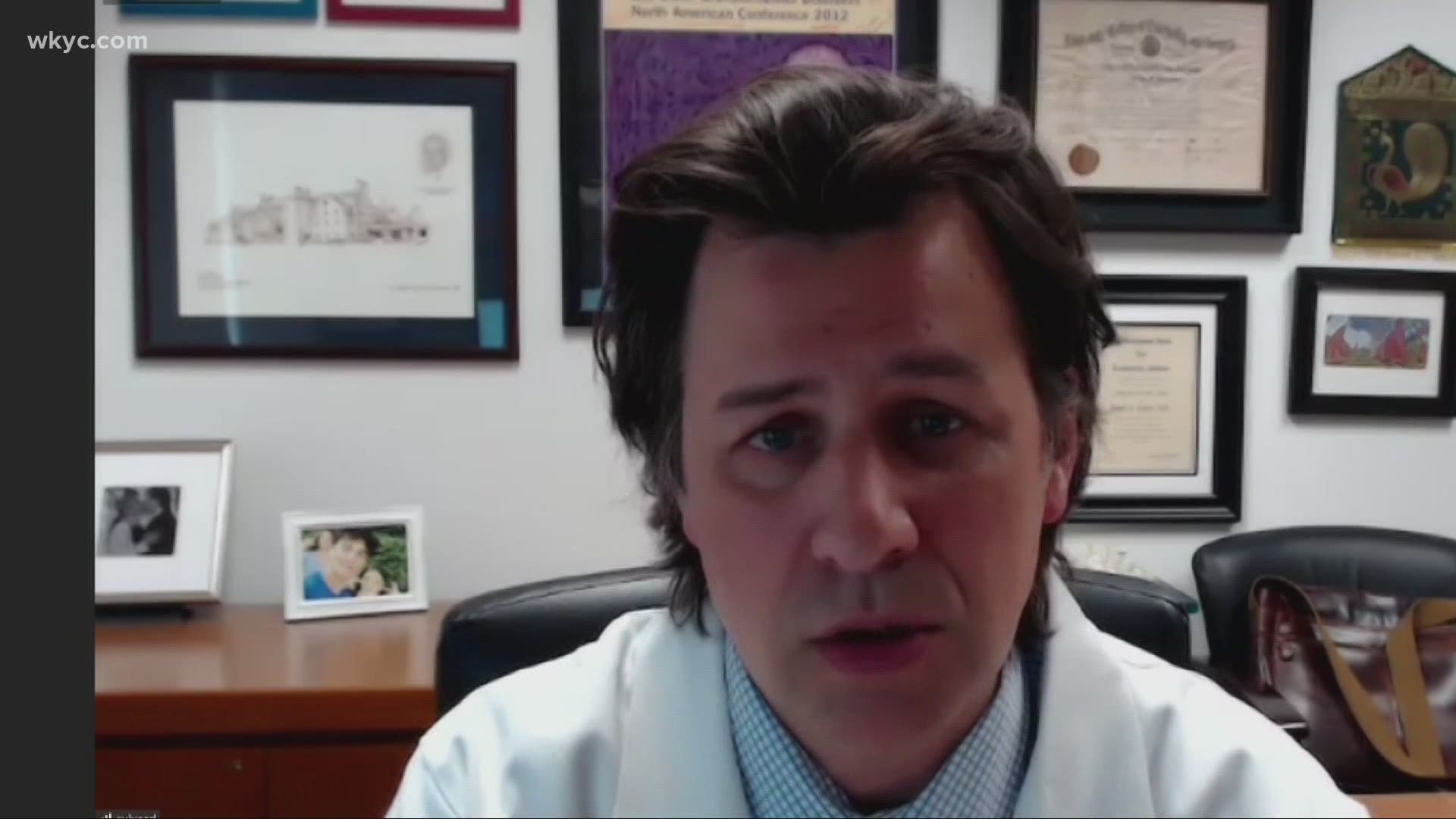 CLEVELAND — In a mad rush to get back to life before coronavirus, companies across the globe are working at warp speed to create a vaccine. Dr. Daniel Culver of the Cleveland Clinic says he's never seen anything like this in his career.

"Scientists and institutions like mine at the Cleveland Clinic, from all the corners of the institution, are thinking how can we combat that? What part can I do?" Culver said.

Culver adds there are currently more than 100 vaccines in various phases, including the study by Moderna Inc. According to the company, study volunteers were given either a low or medium dose of the vaccine by Cambridge, Massachusetts-based Moderna Inc. had antibodies similar to those seen in people who have recovered from COVID-19.

"I would call this hopeful news," Culver said. "This is the first step, it's a promising first step we can cautiously optimistic but I think these are early days."

That is because there are still two more phases to go in the vaccine study. However, Culver says the Cleveland Clinic hopes to be part of the Moderna trial if it moves forward. He says there's also a promising vaccine out of Oxford, England, which uses an entirely different technology than Moderna. Additionally, vaccines in China are also making good progress, according to Dr. Culver.

"A lot of these have promise but we still have to demonstrate they are effective," Culver explained. "Some of the companies that are the furthest along are looking into getting the phase three trials, those are the trials that will be the most conclusive in the end part of the year...maybe in the fourth quarter, some have mentioned earlier timelines which I think are slightly ambitious."

Culver says if a vaccine is effective, there would still be a production phase to follow.

"I think a minimum of a year from now [for a vaccine] but certainly longer than that is likely if the first ones aren't successful ones," he said. "We do not have anything close to a home-run, we aren’t even close to it right now."

Culver says, until then, we must follow social distancing guidelines and wear face coverings. He says our economy depends on it.

RELATED: US stocks rally on hopes for vaccine and economic recovery

RELATED: French company backtracks after saying US would get vaccine first