"I don't care how long it takes, I just want him to tell me he's out of the woods.” 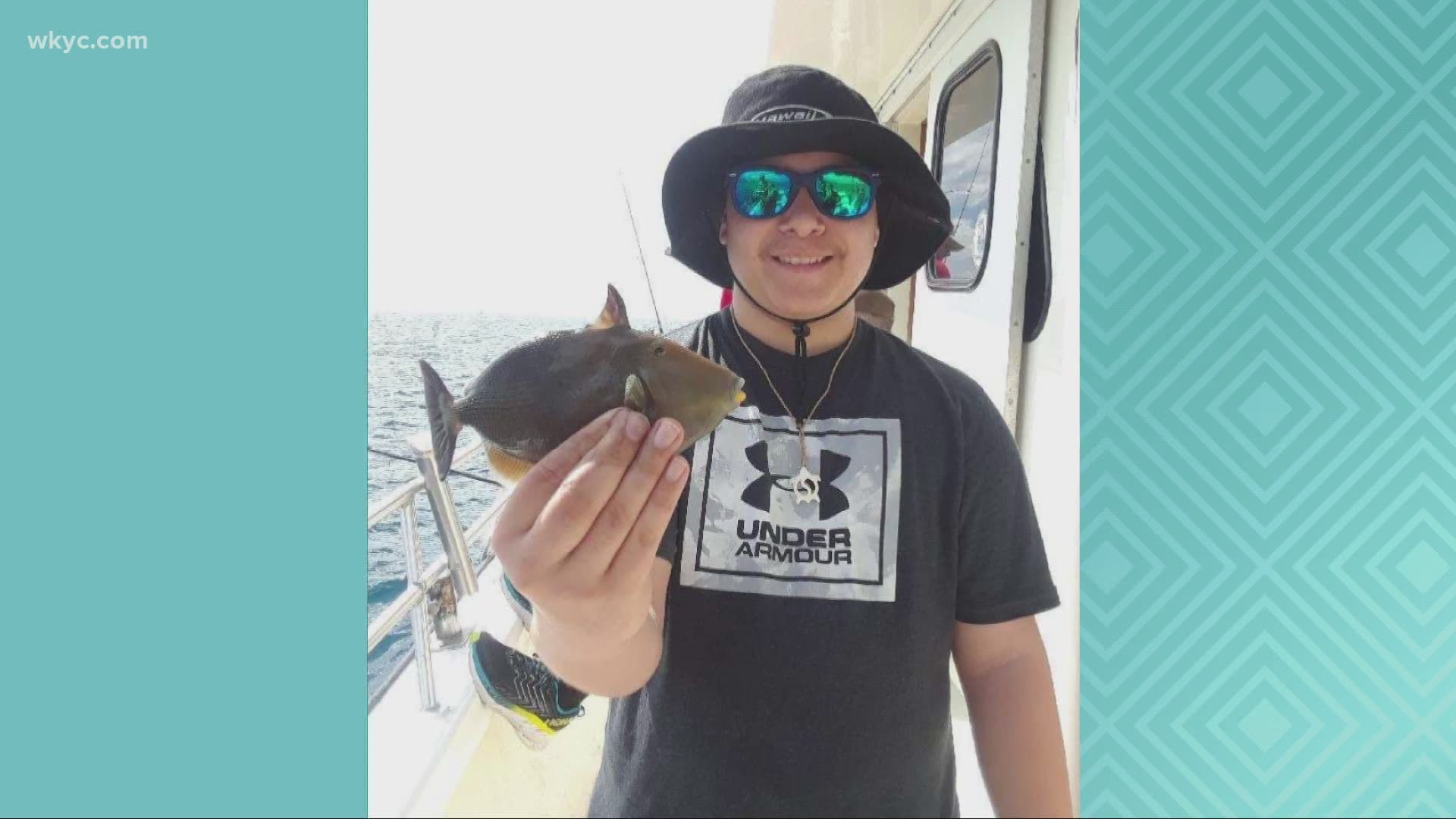 MAYFIELD HEIGHTS, Ohio — A Mayfield Heights rising senior is battling the coronavirus on a ventilator in Cleveland Clinic's Intensive Care unit. Nick Zanella, 17, came down with coronavirus symptoms two weeks ago and his father Frank Zanella says the symptoms were mild at first.

"Two weeks ago today, he came down with a fever and some aches and pains, then he started to get a cough,” said Zanella. "In a matter of six hours he went from talking, texting, drinking, sitting up in the bed, talking to me [to a ventilator]."

Nick’s family says the days have been long and they often feel helpless as they wait at home. The Zanella family is unable to be with Nick in the hospital, however they can Facetime with their son from his hospital bed twice a day. Zanella says every day is different.

"It was difficult [at first] because he was scared and he didn't want us to go when he said goodbye and he was in tears,” said Zanella. “[Another time] he was completely out of it, he didn't hear us, he didn't move, it was very difficult. That was the first time [his] mom saw him on the ventilator.”

However, Zanella says on his eighth day on the ventilator, he is seeing some progress with his son Nick. Zanella says doctors are also starting to lessen his sedation, which is encouraging news.

"He actually held his hands up and he made a heart with his fingers, that was incredible to see, even though we can't be with him."

Zanella says the community support has been tremendous - from the Mayfield Heights school district, to the family’s church to people around the world.

"There's thousands of people around the world in seven countries now that have prayer chains for him,” said Zanella. “Our support system has been phenomenal…more than we could have ever thought.”

Nick has survived a brain tumor and years of chronic health issues. His father says he has always wanted to give back and that is why he is studying to become a nurse. His father says it's the nurses and doctors who are now taking the place of Nick's family in the hospital while his family waits at home - sending him virtual hugs.

“We are hopeful to get back to what life is about and there is a lot of summer left and a lot of warm weather and I keep telling him there's a lot of time to fish and to go on a boat,” said Zanella. “ We are very hopeful and prayerful that it will turn out okay, I don't care how long it takes, I just want him to tell me he's out of the woods.”

You can watch Laura's full conversation with Frank Zanella here or in the player below:

This is Nick. He’s another victim of #coronavirus. He's a 17 year-old Mayfield Heights student and he's on a ventilator at the @ClevelandClinic

His dad tells me this is torture but he’s grateful for the community support. I’ll have Nick’s full story tonight at 11 on @wkyc. pic.twitter.com/tfBgTdUTjA