Dr. Brook Watts: ‘It doesn't do anybody any good in the freezer.’ 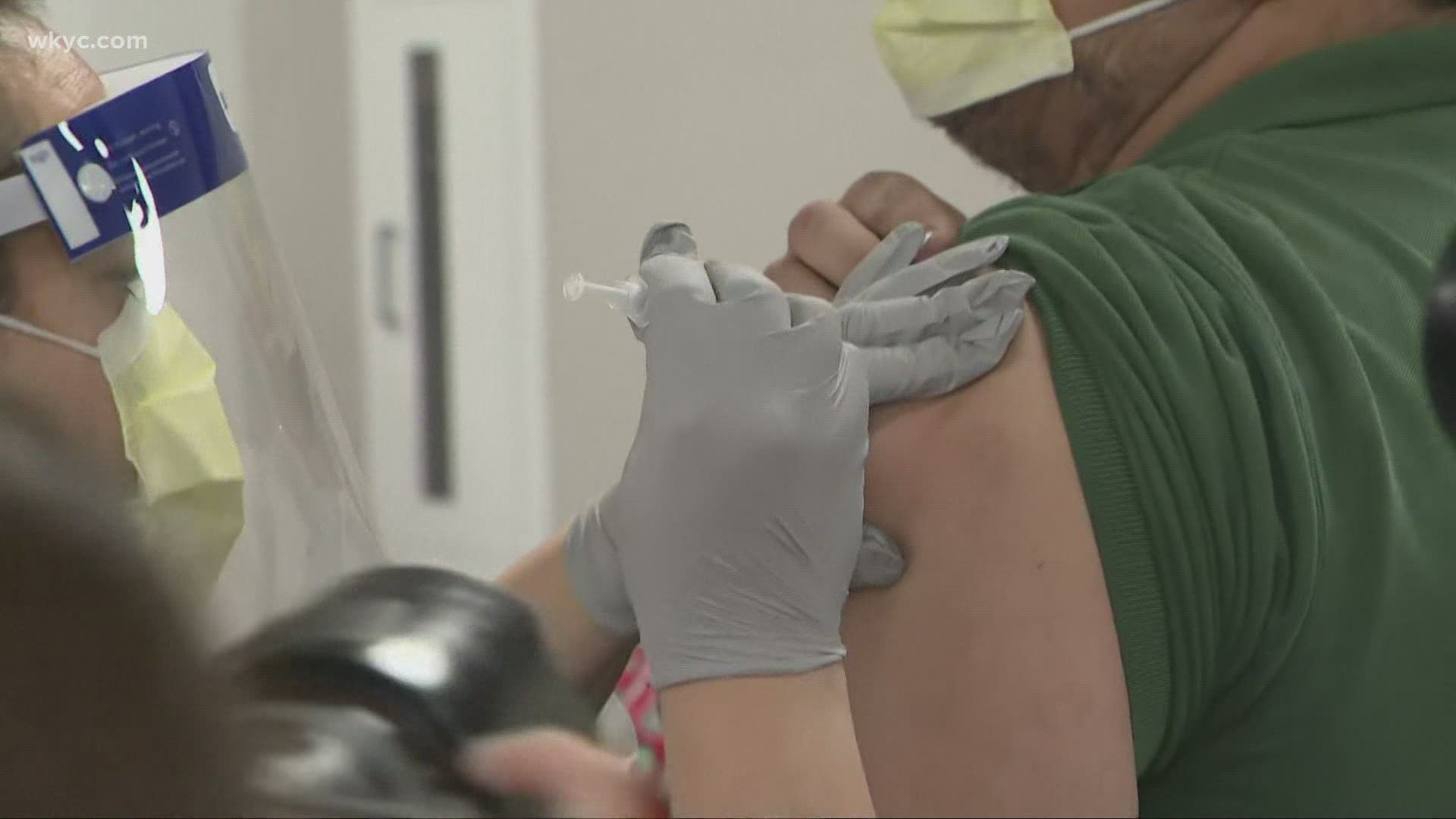 CLEVELAND — More than 11 million doses of the coronavirus vaccine have been distributed nationwide -- but only 2.1 million have made it into the arms of people, the Centers for Disease Control and Prevention reports.

President-elect Joe Biden warned Tuesday it could take years, not months, to vaccinate the nation if the government and health officials don’t pick up the pace.

Though Ohio has received fewer doses than initially promised, it’s still moving too slowly, Gov. Mike DeWine said today. He called on hospitals and others to move faster and be less discriminating about who gets the vaccine.

Northeast Ohio hospitals report they are still trying to get their frontline workers vaccinated.

“It's not bad, considering that we started only six days ago and three of our sites only got the vaccine in the last 72 hours,” Dr. Dan Simon, Chief Scientific and Clinical Officer at University Hospitals, told 3News. “But we are ramping up to be able to do 2,000 vaccine doses a day across over nine vaccination sites. So, I think we're on the way. We have about 14,500 vaccine doses in hand now.”

"At this point, we have really gotten through several thousands doses in our population, which originally, for us, includes all our clinical frontline staff who are taking direct care of patients who are at risk, Dr. Brook Watts, Vice President and Chief Quality Officer of MetroHealth System, said in an interview today. "And I think for all of us, that's an incredible way to end the year."

The Cleveland Clinic said in a statement it’s been hampered by slow shipments but expects to complete 10,000 vaccinations in Ohio by the week’s end.

Vaccinating wider populations – like senior citizens not in congregate settings -- comes with obstacles because the vaccine has to be refrigerated and requires that every person receiving it be monitored for 15 minutes. Simple doctor visits and traditional drive through vaccination sites won’t work.

“So, people have talked about using athletic stadiums because they have big parking lots or schools that have large parking lots where you can vaccinate and observe and then release people,” Dr. Simon said. “But to vaccinate the entire state’s over 65-population is going to take significant infrastructure.”

Who exactly should get doses next is still being debated internally at hospitals and health departments.

“I think the biggest concern that that we have is that it doesn't do anybody any good in the freezer,” Dr. Watts said. “And I think one of the concerns we have is that people have seemed almost paralyzed by thinking about who should get it first. And in that way, we've prevented it from getting out in the community as quickly as it needs to be.”

You can see remarks from Gov. DeWine from Wednesday's COVID-19 briefing in the player below: