The increase is predicted to last until the end of June. 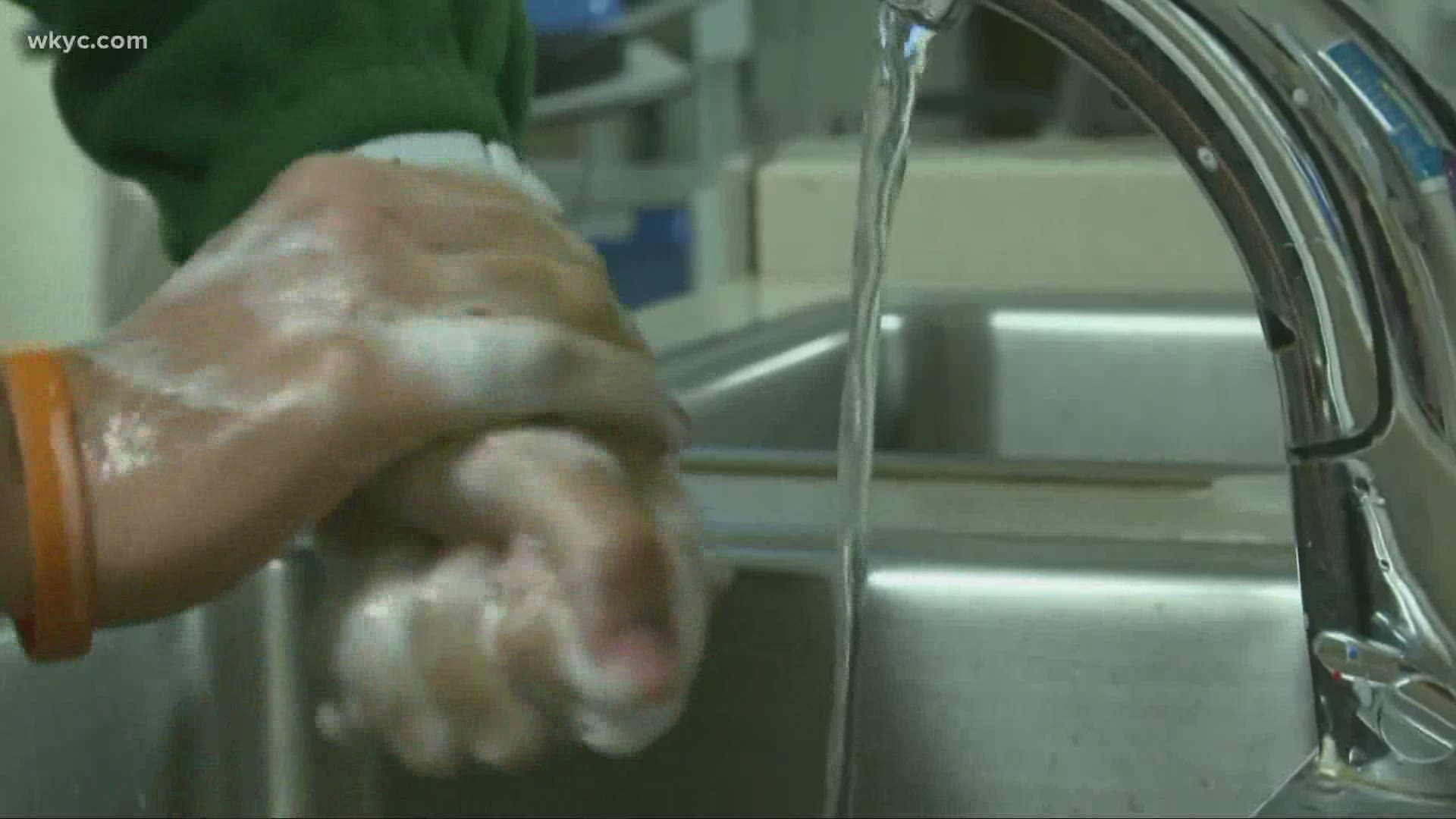 CLEVELAND — Gov. Mike DeWine has warned Ohioans could see an increase in coronavirus cases as the state begins to restart its economy, and at least one projection agrees.

The MetroHealth System gave information on new modeling Monday that predicts Ohio and Cuyahoga County will see a slight surge in COVID-19 cases as businesses reopen. The uptick would occur through the end of this month and into next month, before going back down again by the end of June.

Although health experts are not surprised by the findings, MetroHealth President and CEO Dr. Akram Boutros says residents must remain alert if they want to avoid cases increasing at a more alarming rate.

"With more people going back to work, dining out and interacting with others, of course we expect an increase in cases," Boutros said. "Economic activity has to return, but we remind people to take necessary precautions."

Those precautions include wearing masks in public spaces, avoiding large gatherings through social distancing, and even still staying home when possible. Restaurants and salons were expected to have plans in place for such measures when they started opening up again last week, but while most have strictly enforced these guidelines, others have not.

This causes some concern for MetroHealth, which back in April was one of the first entities to project a coronavirus "curve" much lower than originally thought. This downturn was due, in part, to citizens' exemplary social distancing efforts, but Boutros warns that could change for the worse if people begin to get complacent.

Clusters of COVID-19 have emerged in local jails and nursing homes, but Boutros says he and others have also seen increased rates in people still working in confined spaces and among those who have attended funerals and religious services. He adds that people with necessary medical needs that are not related to the virus need to stop putting off procedures, as their risk of complications or even death would increase as well.

"We know this will be sustained issue that our hospitals and community will work together to address for many months to come," Boutros declared.

The exact increase stemming from MetroHealth's new projections is not yet known. 3News will be speaking to Dr. Boutros later Monday and this story will be updated accordingly.