Ohio businesses hit with more than $250,000 in fines for COVID health order violations

Of 34,478 inspections conducted by agents with the Ohio Investigative Unit while health orders were in effect, only 415 inspections resulted in citations. 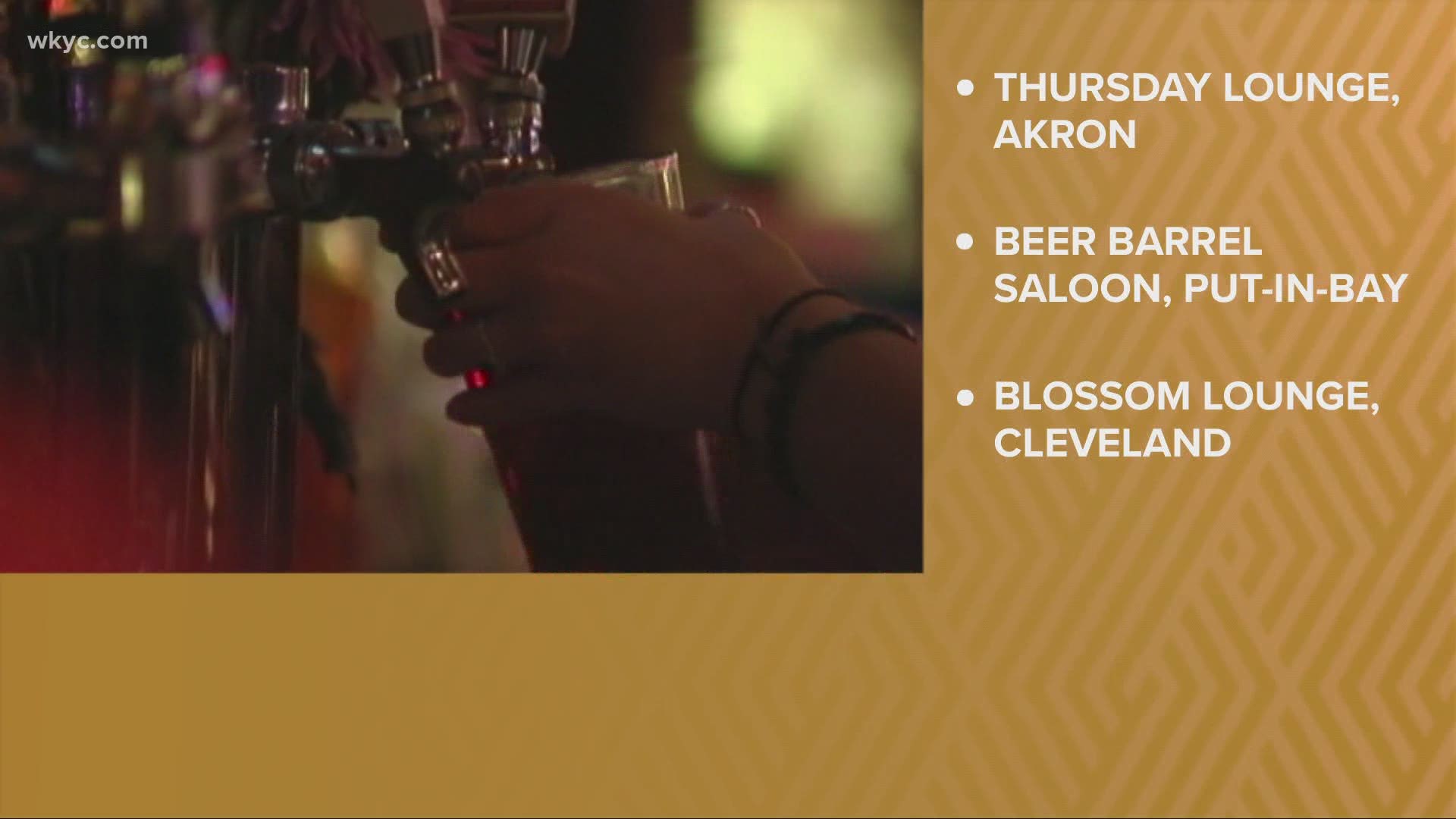 Mario Nemr, owner of the now-closed Thursday’s Lounge, told Cleveland.com that the COVID-19 pandemic had been the “nail in the coffin” for the historic Akron bar.

Thursday’s closed last August, days after it was cited twice for violations of COVID-19 health orders for bars and restaurants; once for disorderly activity, or “creating a condition that presents a risk of illness,” and once for selling beer after the 10 p.m. last call for alcohol sales Gov. Mike DeWine introduced late last July.

In October 2020, the Ohio Liquor Control Commission, an administrative panel of gubernatorial appointees that issues penalties if the businesses are found to be in violation of any rules, upheld the two citations against Thursday’s.

The bar received its punishment: lose its liquor license, or pay $25,000 to the state, the largest individual fine the commission levied against any business for violating the state’s health orders.

According to commission data on pandemic-related cases, the fine was never paid.

The vast majority of Ohio businesses were compliant with the pandemic health orders. Of 34,478 inspections conducted by law enforcement agents with the Ohio Investigative Unit while the health orders were in effect, only 415 inspections resulted in citations.

The Ohio Capital Journal reviewed more than 300 cases heard by the Ohio Liquor Control Commission regarding COVID-19 health order violations. The cases ranged from March 2020 through May 2021. Here’s what we found:

Over the course of the state’s COVID-19 lockdown, OIU agents issued 613 citations related to pandemic health order rules to 345 different businesses across Ohio.

Businesses in Cleveland, Toledo, Akron and Columbus were responsible for more than a fourth of all citations issued for health order violations.

The majority of the businesses penalized were only cited for one or two violations of the pandemic health orders during a single OIU investigation. More than half of the citations issued were for disorderly conduct, meaning the business had created unsafe conditions for customers, including not following rules outlined in the “Dine Safe Ohio” order, like employees failing to wear face-coverings or allowing parties of more than 10.

Almost a quarter of the citations involved a curfew violation; DeWine issued a 10 p.m. last call for alcoholic sales in July of 2020, which stayed in effect until this February. Several bars were repeatedly cited for curfew violations, with each subsequent fine larger than the last.

In most cases, the commission offered businesses the option of paying a fine in lieu of a temporary suspension of its liquor license. The total in fines levied during the period is $371,650. The average fine amount was $1419.

As of early July, businesses found in violation of health order rules have paid $251,100 worth of fines to the state in lieu of punishment. The remaining $120,550 in fines was served as punishment.

There is no set schedule for fines, but the most egregious violations resulted in large fines of up to $25,000, or in certain cases, permanent revocation of a business’ liquor license.

OLCC data lists six cases in which the commission revoked a business’ liquor license for violations of pandemic health orders. Typically in these cases, the business was cited multiple times for health order violations before its license was revoked.

Sixteen businesses were the target of three or more OIU investigations that resulted in citations, and 24 businesses received four or more citations for pandemic health order violations.

The Highland Tavern in Akron received more citations than any business during the period, with nine violations related to pandemic health orders and two unrelated violations issued. The bar was repeatedly cited for violations of the curfew order and for disorderly conduct, and last October, was the first business to have its liquor license revoked.

Staff at the bar told OIU agents they would not comply with the curfew order, and during one investigation, agents saw a lack of social distancing, employees not wearing masks, large gatherings and bartenders selling and serving drinks past curfew hours, News 5 Cleveland reported.

Sky Mediterranean, Parma Heights, and The Electric Co., Mansfield, were both the subject of five different OIU investigations that resulted in citations related to pandemic health rules, the most investigations of all businesses cited.

Between last October and February, Sky Mediterranean was cited five times for disorderly conduct and four times for curfew violations. The commission issued the business five different fines for a total of $31,000, all of which were paid.

From last September and February, The Electric Co., formerly called Planet Rock, was also cited five times for disorderly conduct and once for hindering an inspection. The commission issued the bar a $1,400 fine that was paid, and a $10,000 fine that has not been paid, according to commission data. The Electric Co. was forced to serve a suspension from June 21 to July 11, according to a commission hearing news release.

Colton Ulery, co-owner of The Electric Co., said that the state’s punishment only tells one half of the story. In an interview with The Richland Source, Ulery said he felt torn between the responsibility of following pandemic health orders and being able to pay the bills, and made the active choice to violate the orders to keep his business afloat.

“When they did the ‘no serving’ after 10 p.m. we followed that. When he did the curfew deal … we don’t get busy until after 10 o’clock … we either literally had to close our doors or we just had to risk it and do it. So that’s what we did. If we were to close at 10 p.m., we literally make less than $100 each day. There is no way to do that,” Ulery told The Richland Source.