"It spread like wildfire," Gov. Mike DeWine said on Tuesday. 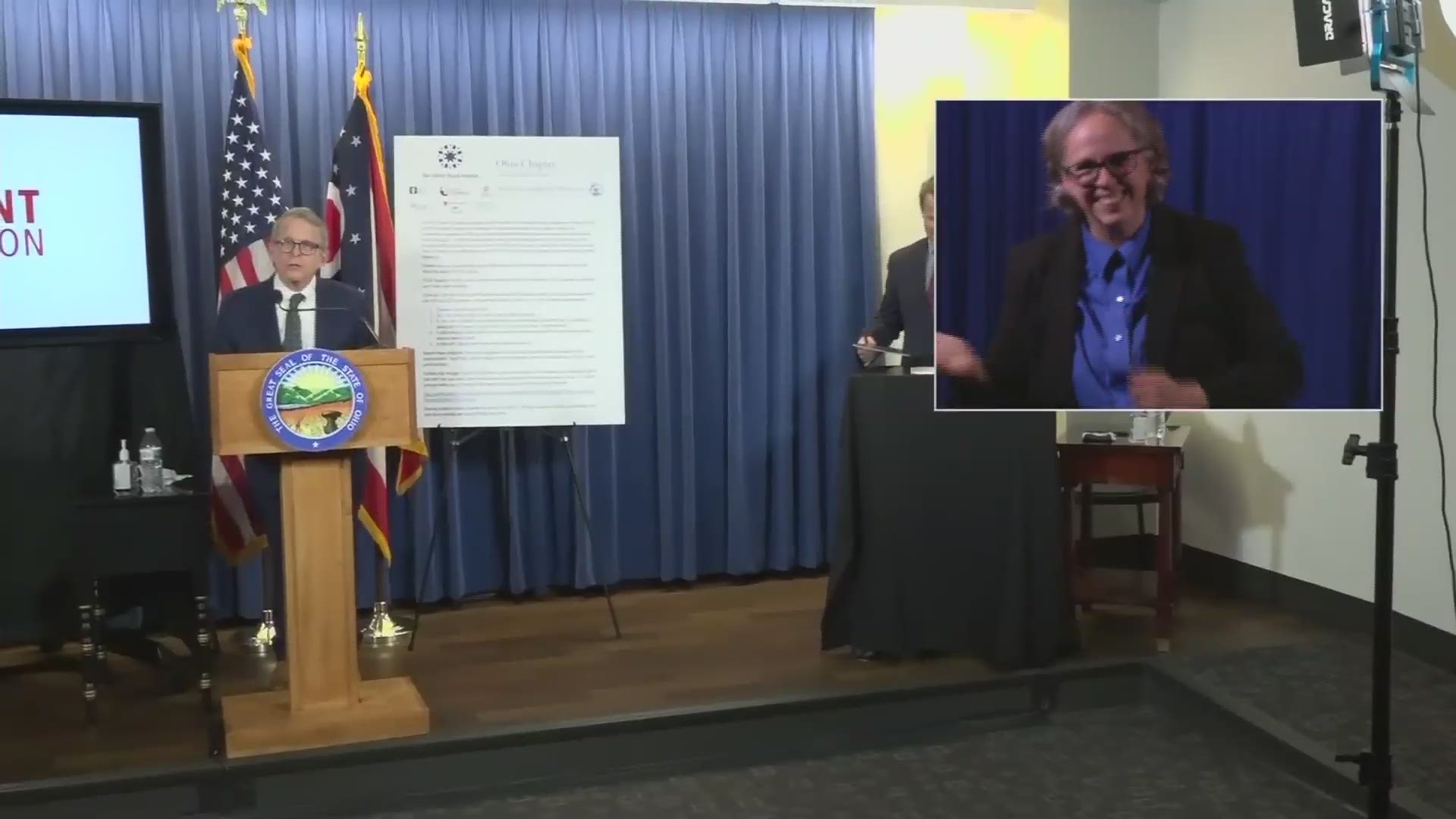 COLUMBUS, Ohio — As the state of Ohio tries to fight back against the surge of recent COVID-19 cases, one of the biggest issues for Gov. Mike DeWine and his team has been containing community spread.

A prime example of this problem was related by DeWine during his coronavirus briefing on Tuesday. On June 14, a man attended church service in state while infected with COVID-19.

The governor announced that he is sending a letter to Ohio’s faith-based community to share important health information with the state's churches, synagogues, and mosques and to share ways to better protect their worshipers.

"Our religious faiths are at the core of our great state and country.  We thank our faith-based leaders all they do to serve God and His people," DeWine said. "However, it is vital that to control the spread of the virus that any time people gather together, including for religious services, that everyone wear masks, practice social distancing, wash hands, and also while indoors, making sure there is good ventilation and airflow."

This slide shows the spread of the virus to at least 91 different people resulting from just one person with #COVID19 attending a church service. It spread like wildfire. pic.twitter.com/j70ENyMk2T

DeWine also noted that there continues to be a problem with the virus spreading during informal gatherings of friends and family. He pointed three specific examples:

There was a wedding in Ohio where the brother of the groom was symptomatic but attended the wedding and reception. Now, 15 people are sick, including the bride, groom, and grandfather.

Someone who tested positive for COVID-19 attended the bridal shower and the virus spread to several others.  There are now six confirmed cases and six households impacted by this outbreak.

More than 1,100 new cases of coronavirus and 31 deaths were reported over the last 24 hours in the state. More than 95,000 Ohioans have been infected.