50 cases per 100,000 is the number that Gov. DeWine referenced earlier this year when lifted the state's health orders. 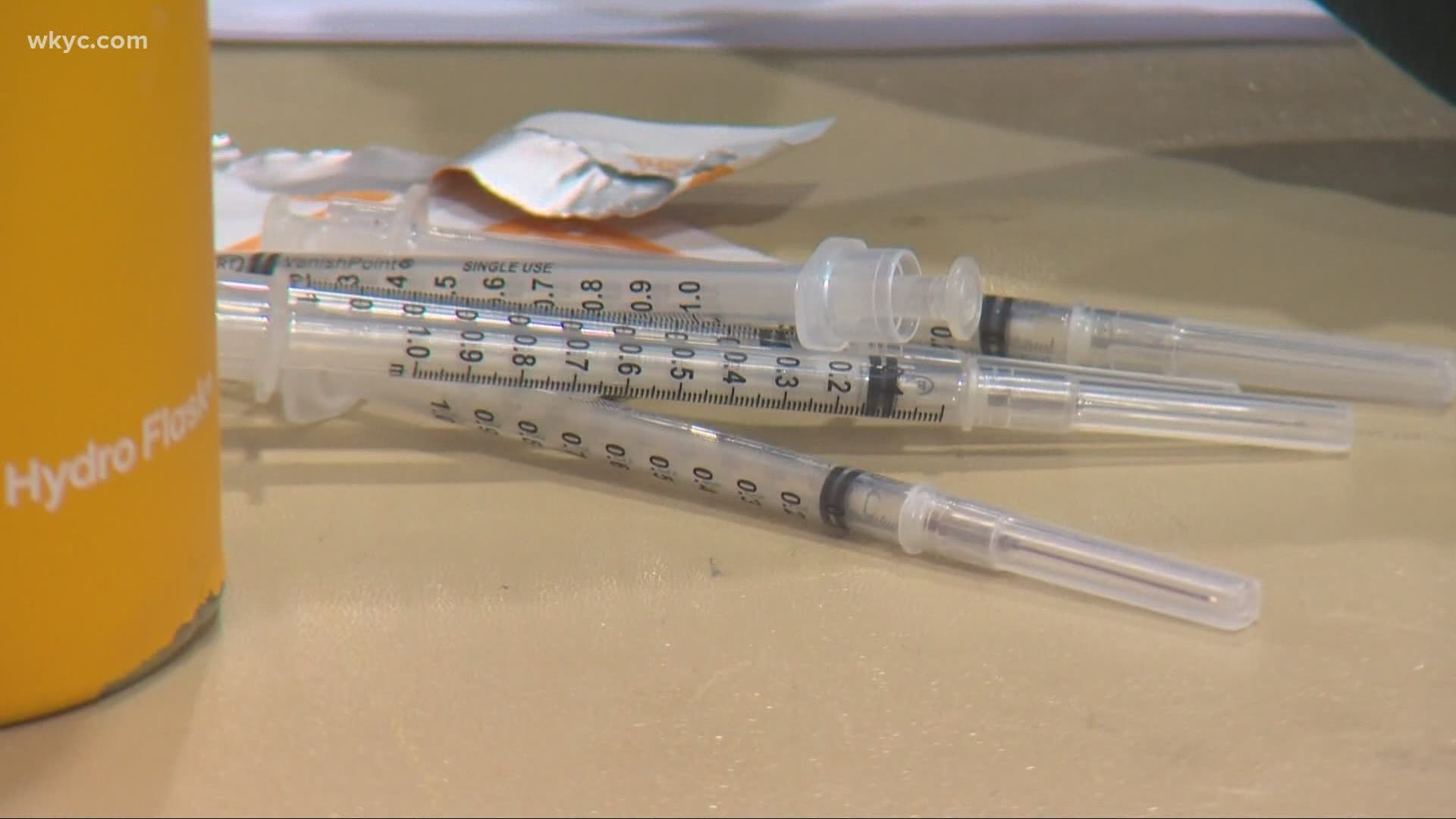 OHIO, USA — EDITOR'S NOTE: The video in the player above is from a previous story.

As the Delta variant of COVID-19 spreads in the state of Ohio, cases continue to rise here.

Earlier this year, Gov. Mike DeWine set a benchmark of 50 cases per 100,000 residents -- the number we would have to hit for him to remove all the health orders Ohioans were under due to the pandemic, including the state's mask mandate. That benchmark was met in late May/early June, and continued to fall from there until about three weeks ago.

You can see the case numbers per 100,000 residents over the last few weeks broken down by county below.

The highly-contagious Delta variant is behind the recent uptick in Ohio's COVID-19 cases, according to the Ohio Department of Health. For example, new data from University Hospitals says more than 80% of the COVID-19 patients hospitalized there have the Delta variant. That's up from 42% two weeks ago.

"Depending on the population that you looked at, we were at 2% or 10%," Hoyen, who also serves as the director of infection control at University Hospitals, told 3News. "Now, eight weeks later, we're at 80%. We're going to be close to 100% very, very soon."

The lagging number of COVID-19 vaccinations is also playing a role in the rise in case numbers. Recent numbers show just over 49% of Ohioans have received at least one dose of the COVID-19 vaccine, compared to roughly 57% of all Americans.