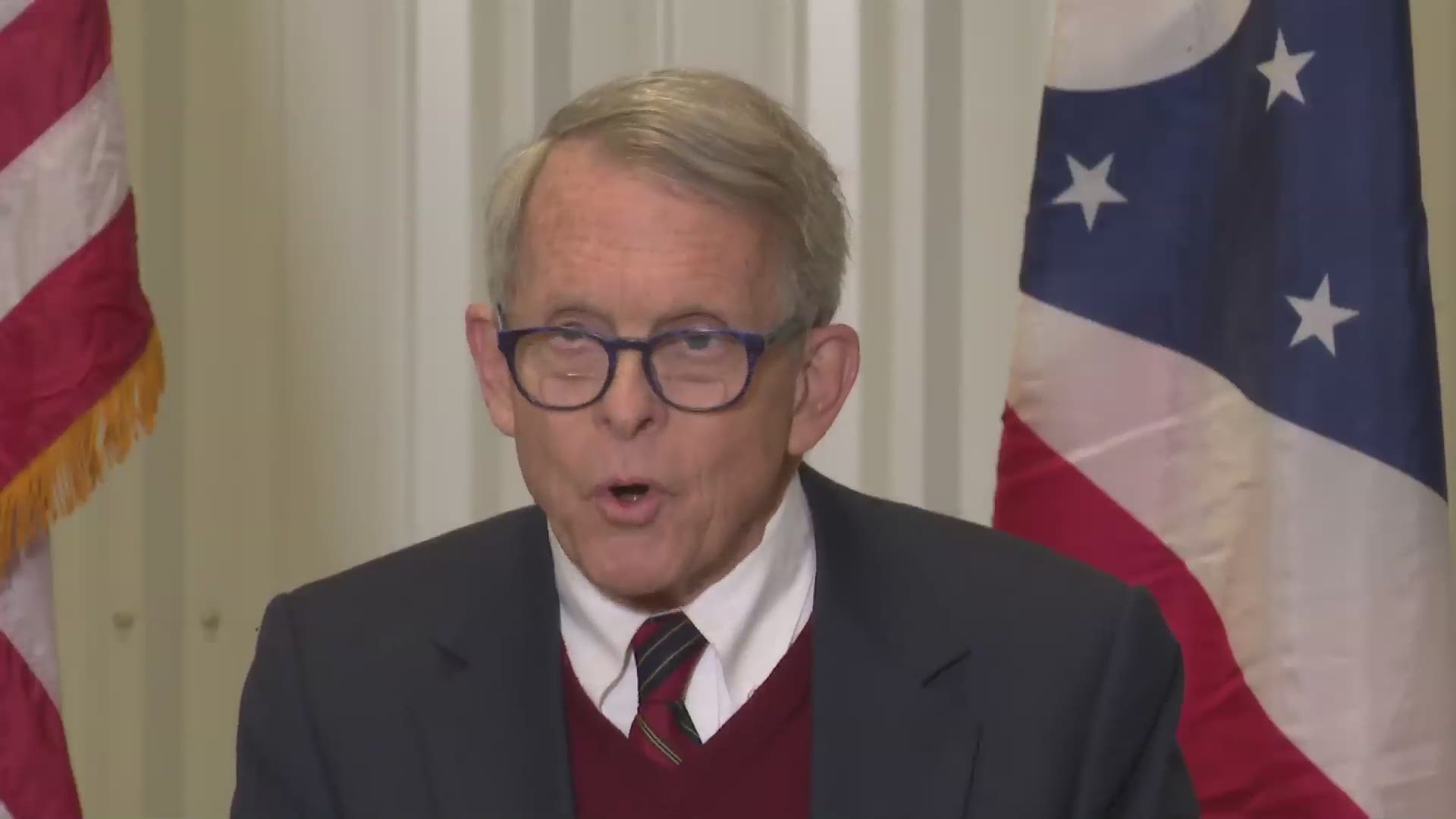 COLUMBUS, Ohio — Editor's note: Video at the top of this story was originally published on Nov. 18, 2020.

If you were searching for Ohio’s daily COVID-19 data on Thursday afternoon, there were no updated results.

So why weren’t the numbers released on Thursday?

The Ohio Department of Health issued this brief notice in a press release earlier this week: “Because of the Thanksgiving holiday, Thursday’s daily numbers will be reported on Friday.”

That means you can expect the new data to be released – as usual – at 2 p.m. Friday, including the numbers that would have been posted on Thanksgiving.

The coronavirus numbers in Ohio have been experiencing a surge in recent weeks, with four counties now ranked at “purple” risk level 4 – which is the highest designation within the state’s color-coded alert system. Montgomery, Lake and Lorain counties have all increased to that level, the state announced Wednesday. Franklin County remained at purple for its second straight week after becoming the first to reach that level back on Nov. 19.

“These counties meet enough indicators to be considered at risk level 4 or purple, because of the sustained impact on healthcare utilization,” state officials said Wednesday. “However, the system requires them to meet these criteria for two weeks in a row to ensure a consistent trend in the data before they become purple.”

Governor Mike DeWine, meanwhile, activated a statewide curfew on Nov. 19 in an attempt to limit the spread of contacts. The curfew, which is in effect from 10 p.m. until 5 a.m., is set to last three weeks from the day it was launched.