Gov. DeWine speaks out against legislative attempt to block Vax-A-Million: ‘I respectfully disagree’

Gov. Mike DeWine said he would veto a bill to block Ohio's COVID vaccine lottery should it land on his desk. 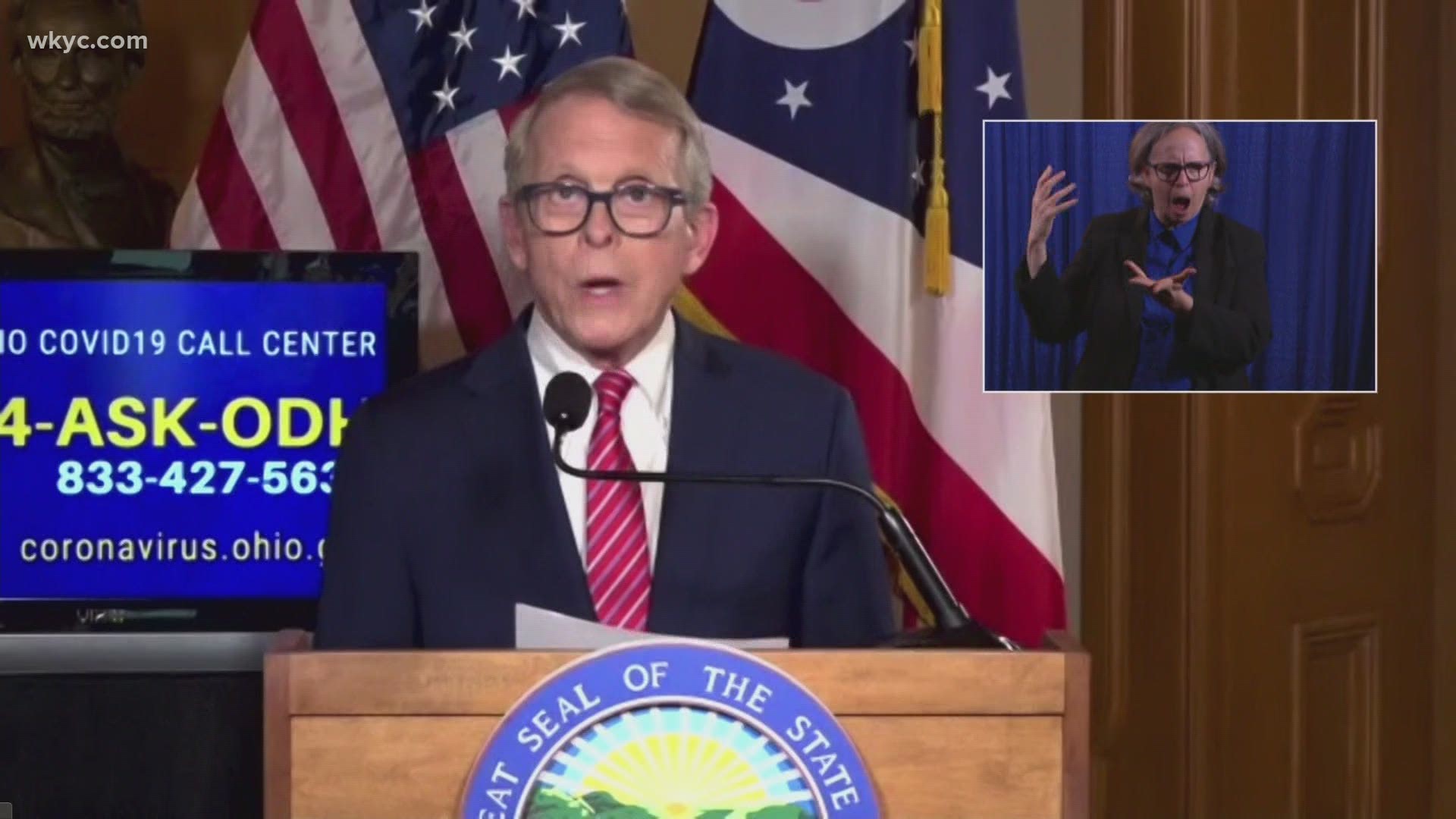 COLUMBUS, Ohio — This article is being published on our site through a partnership with Ohio Capital Journal.

A proposal to halt Ohio’s Vax-A-Million program has not yet been formally introduced, but Gov. Mike DeWine said Monday he hopes it will make no progress over the coming weeks.

And, should the bill somehow reach his desk, DeWine said he would surely veto it.

Just as DeWine’s vaccine lottery program has received plenty of attention this month, so too in recent days has a longshot effort from state Rep. Jena Powell, R-Arcanum, to block the drawings from taking place.

Powell’s drafting of legislation to prohibit a vaccine lottery and redirect the funding to other causes was first reported by the Ohio Capital Journal on Saturday. Powell did not respond to an OCJ request for comment, but shared this outlet’s reporting and reiterated her view “the vaccine lottery is a frivolous use of taxpayer dollars.”

Powell also appeared on a CNN program Monday morning and was questioned on the recent rise in vaccinations since the Vax-A-Million program was announced on May 12.

DeWine pushed back on that notion in his Monday COVID-19 press conference. He said the state has seen increases in the vaccination rate among every race and age demographic since the program was introduced.

“All I know is that before we announced it, (vaccination numbers) were going down … I’m more than happy, very very happy, with the results. And the results, you’ve seen it, the numbers go up,” he said.

As of Monday, around 44.3% of Ohioans had received at least their first dose of the COVID-19 vaccine — thus making them eligible to register for the Vax-A-Million drawings.

Around half of Ohio adults eligible to enter ultimately did so ahead of the first drawing, according to Ohio Department of Health data.

DeWine was asked about Powell’s criticism of the program.

“Well, I respectfully disagree with her,” he answered. “She certainly is entitled to her opinions.”

DeWine said his administration is targeting a segment of the population which is neither “gung ho” for or against the vaccine. Such Ohioans maybe planned to get their shots at some point, and the goal is for Vax-A-Million to spur them to do so immediately rather than wait.

This is to the benefit of the general public as well as to each vaccinated individual, DeWine said, pointing to the state’s effort to reopen.

“The more people we have every single day that get vaccinated, it’s better for the rest of us.”