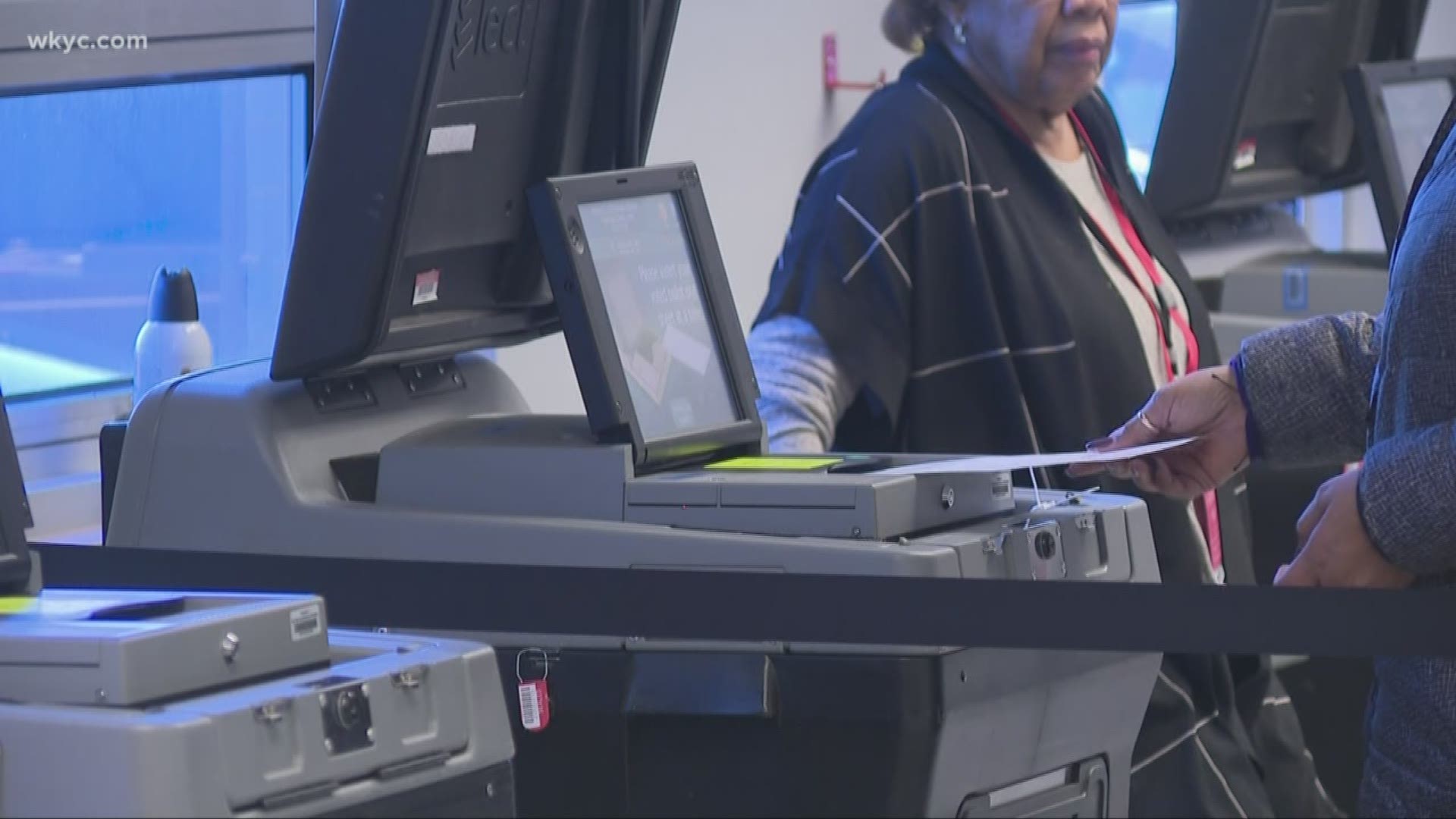 The party said in its filing Tuesday that power rests only with the Legislature, but politicians on both sides of the aisle are expressing frustration after the primary was postponed because of coronavirus concerns. Republican Gov. Mike DeWine announced the decision late Monday after a judge ruled against his request that in-person voting be delayed to avoid crowding at polling places.

RELATED: Coronavirus and Ohio: The latest number of confirmed cases

The Dems conceded that it was "impossible for in-person voting to move forward today in Ohio." The are taking legal action, they say, "to ensure the primary election will take place and protect Ohioans’ right to vote."

"Yesterday’s actions did not create unchecked authority with the governor or secretary of state to run a new election," Party Chariman David Pepper said in a statement. "So authority for a new election must come from the legislature or from a court."

Ohio Department of Health Director Dr. Amy Acton ordered the polls to be closed due to a health emergency. The governor defended this decision during a news conference on Tuesday afternoon, saying some of the poll workers fell in the age range of those who are at a higher risk of contracting the coronavirus.

"It was made in the best interest of the people of the state of Ohio," DeWine said.

Citing concerns regarding COVID-19, DeWine recommended that in-person voting for the Ohio Primary be delayed from Tuesday to June 2. While DeWine can't issue an order to make the delay happen—as he has done to close restaurants, gyms and movie theaters—he attempted to file a lawsuit in an effort to make it happen. However, Franklin County Court of Common Pleas Judge Richard Frye rejected the lawsuit, prompting Acton to issue the order.

DeWine and Secretary of State Frank LaRose issued the following statement Tuesday in response to the action taken by the Ohio Dems:

"Last night, the actions taken by Ohio Department of Health Director Dr. Amy Acton saved Ohio lives. By preventing Ohioans from going to polling locations, we averted a situation which would have gone against the most recent scientific evidence available and could have dangerously advanced the spread of coronavirus across Ohio. It is abundantly clear that it would have been impossible to carry out a fair, accessible, and safe election today. As we move forward, it is vitally important that Ohioans have a significant period of time to cast mail-in absentee ballots and an opportunity to vote in-person, as was provided in the directive issued last night by the Secretary of State."

DeWine has suggested moving primary election day to June 2, and allowing expanded absentee voting until then.