DeWine again made a plea to schools to return to in-person or hybrid learning by March 1. He also provided details about the state's centralized vaccine scheduler. 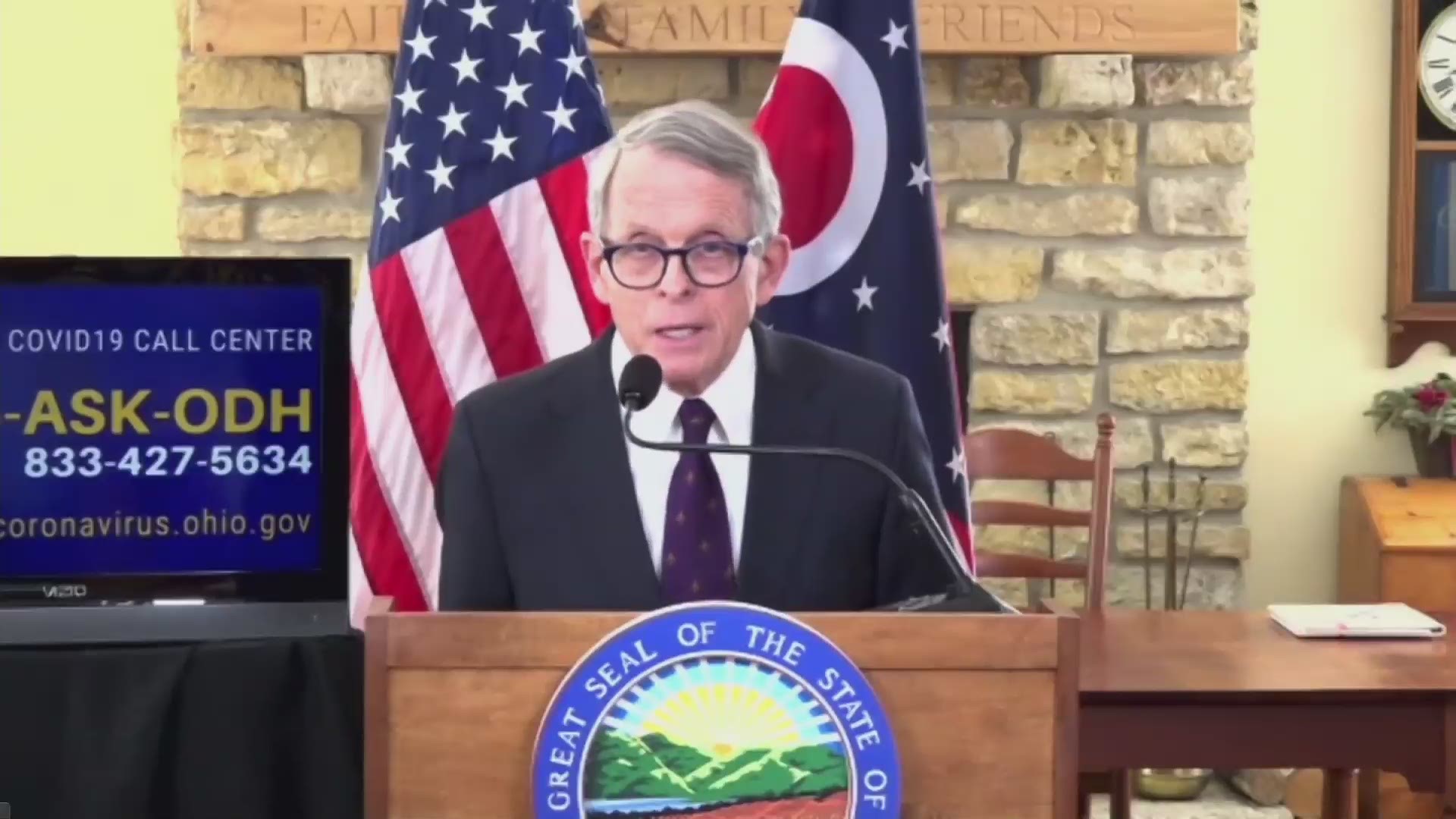 CEDARVILLE, Ohio — Ohio Gov. Mike DeWine once again took the podium on Tuesday for his bi-weekly COVID-19 news conference from his home in Cedarville.

Here are some of the topics DeWine and Lt. Gov. Jon Husted discussed during the news conference.

DeWine announced that due to severe weather across Ohio and the country, vaccine shipments coming to providers directly from Pfizer and Moderna could be delayed by 1-2 days. Smaller shipments from the RSS Warehouse were being delivered on a 2-hour delay on Tuesday.

Some vaccine providers have canceled appointments due to snow emergencies, but many are continuing to vaccinate. If you haven’t heard from your provider and are concerned about if your appointment is still scheduled, you are advised to contact your provider or visit their website.

As our 3News Senior Health Correspondent Monica Robins reported on Monday, a statewide vaccine sign-up portal is coming. On Tuesday, DeWine provided some details about how the process will work. According to DeWine, the first phase for launching the system has been completed as the site has been developed, is functional, and ready from a technical standpoint.

The second phase of the launch of the site, according to DeWine, is aggressive outreach to vaccine providers to sign them up to participate in the state's central scheduling website and help them transition to the new system.

"Once we get most participating providers signed up, our third phase will be to make the site live to those seeking to be vaccinated," DeWine added.

DeWine says the goal is for Ohioans to have a positive customer experience making appointments when the site launches. Those interested in getting a vaccination will be able to put their zip code in and pull up appointments within 20 miles.

Another plea to schools

During a hastily-called briefing on Friday, DeWine took several school districts to task, including Cleveland Metropolitan Schools and Akron Public Schools, for not committing to being back to either in-person or hybrid learning by March 1.

On Tuesday, the governor once again stressed the importance of vaccinating teachers and school employees and the hard deadline of getting kids back in schools by March 1.

"We've let schools make their own determinations, and what we said is, 'if you go back by March 1, it'd be great if you could go back fully- five days a week- but if you can only do part of the week and have to split the classes, which is what some schools have done. Two days and two days, one day, but a split, basically kids in school two days out of the week and the third day is somehow, sometimes they go the third day and do something else, in regards to the student," Governor DeWine said. "If they could do that, we said, if you can do that by March one, then we can go ahead with the vaccination."

On Friday, DeWine was angered that some districts in the state, including CMSD in Cleveland and Akron Public Schools would not meet his deadline.

"We said to our school districts that we would take some of the precious vaccine allotted to Ohio and vaccinate teachers and other staff as long as they'd be back in school full-time or in a hybrid model no later than March 1," DeWine said on Friday. "We've learned there are a handful of schools that have said they will break that commitment. Not just a commitment to me, but also to the children of their districts. This is simply not acceptable. This is about the kids."

According to DeWine, "In Akron, school staff has been vaccinated in the Akron School District. But now we're told they won't go back until March 15. That is not acceptable." However, the district says it has resumed a hybrid model.

"Safety has been and always will be our priority for students, employees, and community at large. Akron Public Schools has had better than 2,000 students back in our school buildings since February 1. That is a hybrid model that commenced one month ahead of the governor's schedule. It is our belief that this is in compliance with the commitment made," said Akron superintendent David James.

DeWine's attention also was focused on the Cleveland Metropolitan School District. "In Cleveland, we are in the midst of vaccinating teachers and personnel in Cleveland City Schools. I asked if we should stop the vaccinations. Their CEO (Eric Gordon) has made a commitment to me to do everything in his power to get the kids back in class March 1," he added.

You can watch Gov. DeWine's briefing in the player below: