The state will open new vaccination sites next week and will also begin scheduling appointments for everyone 16 and older in the state this weekend. 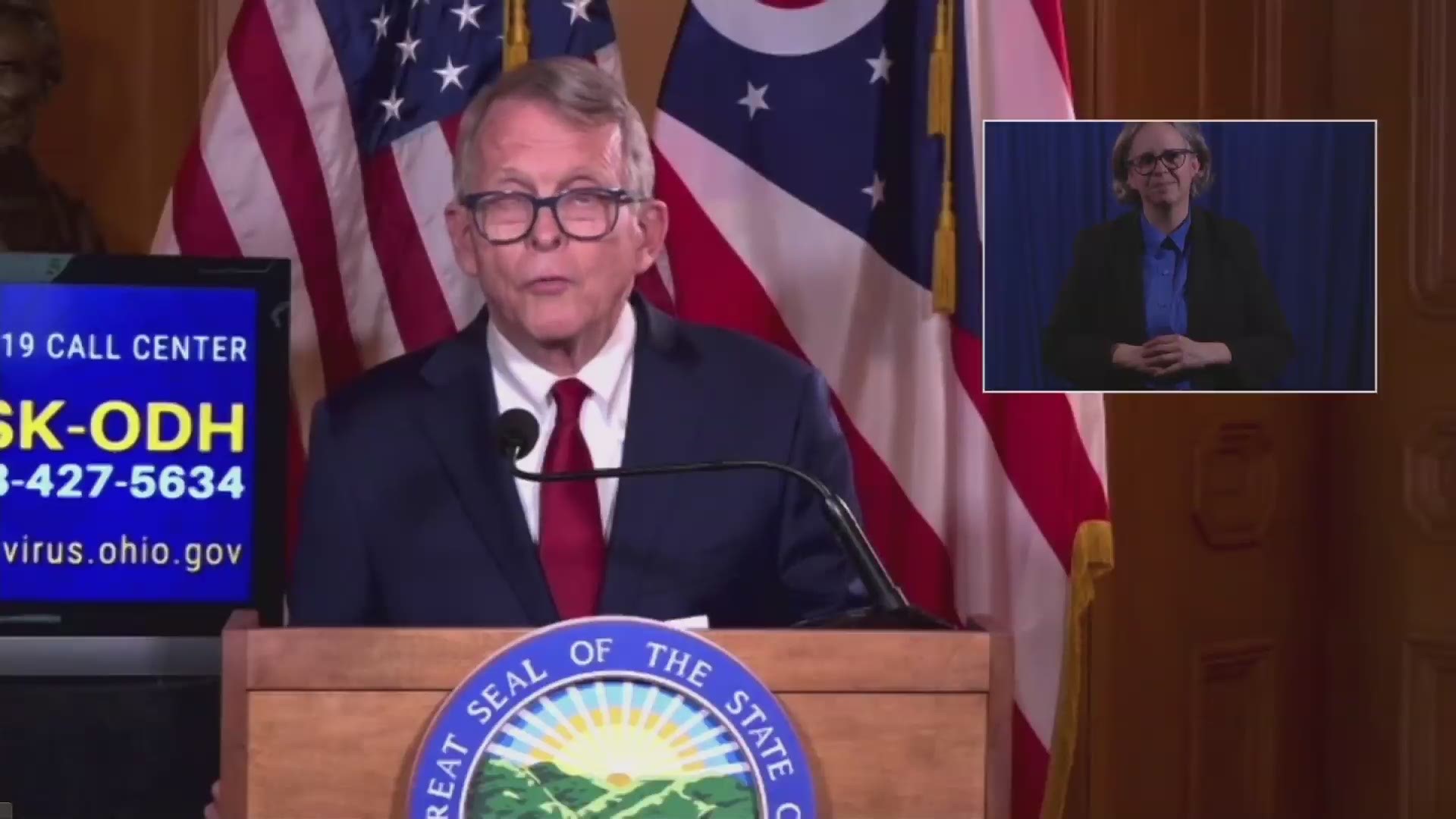 COLUMBUS, Ohio — Ohio Gov. Mike DeWine gave the latest COVID-19 update on Thursday, just one day after the state legislature decided to override his veto on a bill that gives lawmakers the power to revoke health orders.

That was just one of several topics that was brought up during the governor's briefing. Check out our rundown:

Earlier this week, Gov. DeWine vetoed Senate Bill 22 -- but the state legislature took action by overriding his veto Wednesday, opening the door for the General Assembly to be able to reject any of the governor’s or health department’s health orders.

DeWine said Thursday his frustration about the override has more to do about the future than about the current pandemic.

"My passion comes from a deep concern and a belief that this is not the only crisis we will face. It may be a national or international crisis like this one. It may be something that impacts a community, if someone comes in from an area that has Ebola and a local health department no longer has the ability to quarantine them," DeWine explained.

"The Senate bill in question would allow state lawmakers to rescind public health orders issued by the governor or the Ohio Department of Health as soon as they take effect, as well as prevent the governor from reintroducing similar orders for at least 60 days," the Associated Press reported.

When issuing his veto, Gov. DeWine said Senate Bill 22 jeopardizes the safety of every Ohioan.

"It goes well beyond the issues that have occurred during the COVID-19 pandemic," DeWine said. "SB 22 strikes at the heart of local health departments’ ability to move quickly to protect the public from the most serious emergencies Ohio could face."

We're just a few days away from all Ohioans ages 16 and older becoming eligible to get a COVID-19 vaccine starting Monday, March 29.

On Thursday, DeWine announced that beginning this weekend, the state's COVID-19 vaccine online portal will permit everyone in the state age 16-years-old and older to begin scheduling for the vaccine.

Will there be enough vaccine supply to meet the demand? The governor says yes.

In addition to the mass vaccination site at Cleveland State University's Wolstein Center, DeWine says the state will soon have 11 stationary sites and 4 mobile clinics that will travel throughout specific regions of the state. He added that these locations will primarily offer the Johnson & Johnson vaccine, which only requires one dose.

DeWine said if the vaccines arrive on time, the new sites should open by next Wednesday, March 31. Among the new locations will be the Summit County Fairgrounds, which DeWine said would have 5,000 doses per week available.

DeWine added that the state is anticipating receiving a total of 571,000 doses of the vaccine next week.

RELATED: How to sign up for a COVID vaccine appointment near you

RELATED: VERIFY: Is it safe to laminate your COVID-19 vaccine card?

You can watch Thursday's briefing in the player below: