The company specializes in many things including manufacturing PPE for medical workers & others. 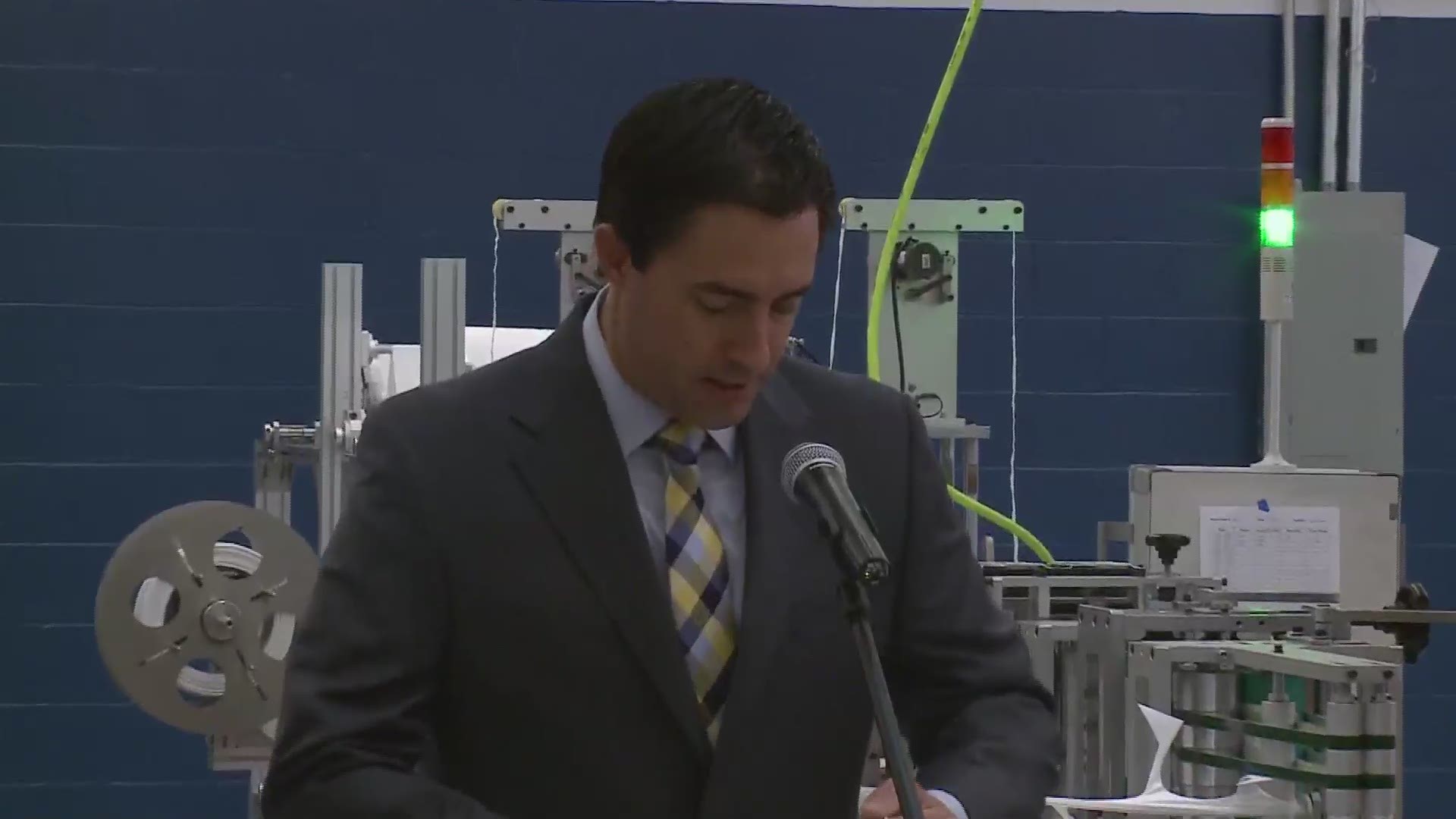 MENTOR, Ohio — Ohio Secretary of State Frank LaRose has vowed in-person voting will take place in some form this election season despite the coronavirus pandemic, and on Tuesday his office announced a new partnership designed to make things safer.

LaRose and the state have struck a deal with Mentor-based RB Sigma LLC to provide 462,000 surgical face masks for poll workers this November. Details were given at a press conference at RB Sigma's headquarters on Heisley Road.

A supply chain management and training company, RB Sigma specializes in many things including making personal protective equipment (PPE) for medical workers and others. President Justin Bloyd says his organization now has the ability to make 11 million masks per month, all right here in Northeast Ohio.

This election will look a lot different than in years past, especially with the large groups normally seen at polling places now being discouraged for safety reasons. Officials are attempting to strike a balance between keeping in-person balloting open while also giving citizens the option to essentially vote from home.

"Our number one priority as elections officials is to make sure than everybody, everyone has the right to vote and vote in a safe environment," Lake County Elections Board Chairman Dale Fellows said.

LaRose and his office are still looking for volunteers, as many who normally would are expected to stay home due to the threat of COVID-19 exposure. The secretary also addressed how mail-in voting will work, clarifying that all state residents will be eligible to vote absentee through the mail (or by dropping it off at their local board of elections), but must request a ballot.

"We're mailing an absentee ballot request form to every registered voter in the state," LaRose said, adding that the money being used to send those 7.8 million pieces of paper was approved by both the general assembly and the federal government.