A local doctor warns of a surge across the state. 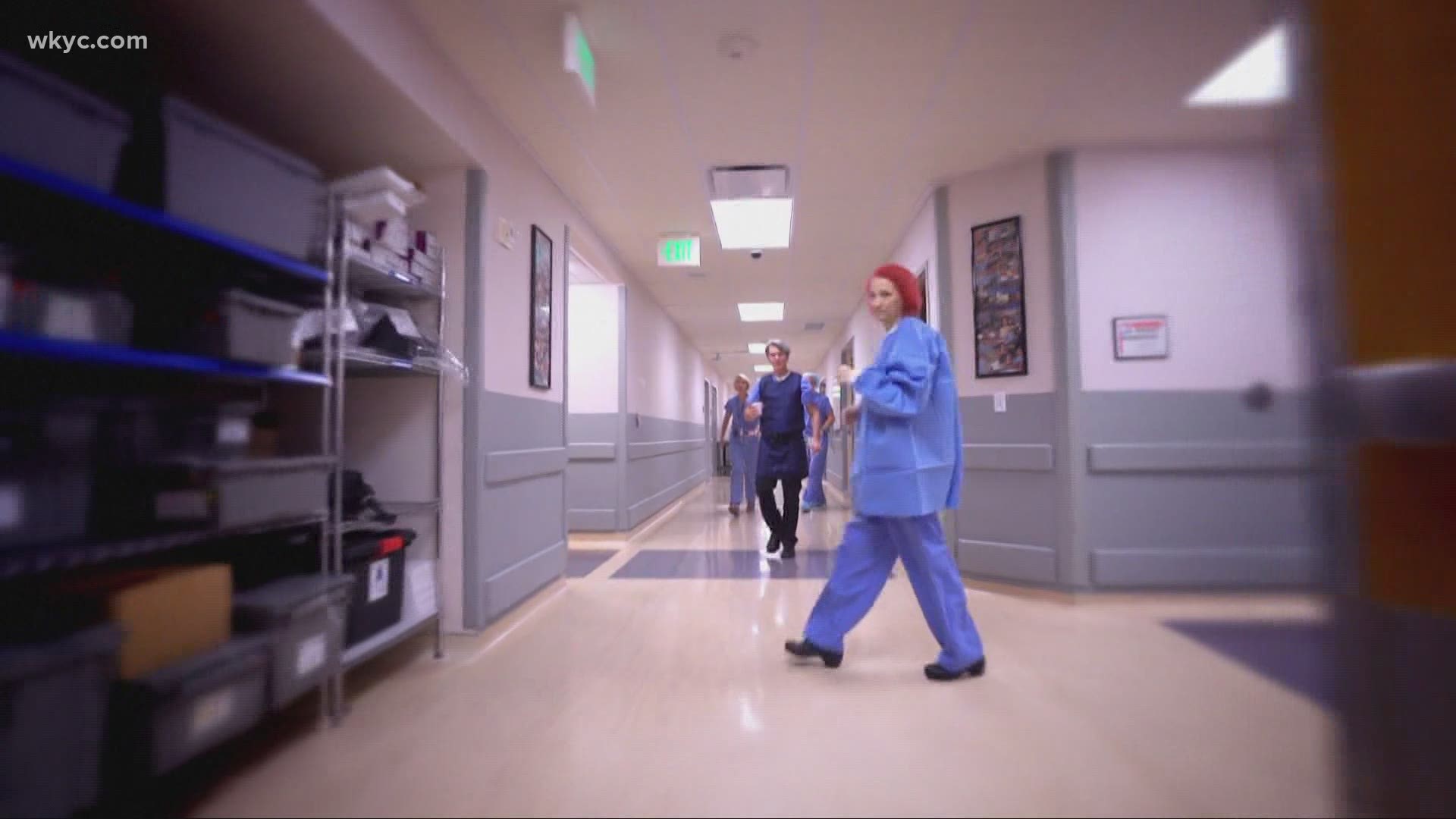 CLEVELAND — The total COVID-19 case count has surpassed 8 million nationwide. The death toll is now close to 220,000, as Ohio set a record this weekend.

There were 2,234 new cases on Saturday--the most yet in a single day.

If it continues, doctors warn that Governor Mike DeWine could shut down the state again.

“I know he will because he’s been very responsible in trying to keep Ohioans safe,” said Dr. Amy Edwards from University Hospitals.

Dr. Edwards believes the next 4-6 weeks could get especially rough if people do not follow the rules.

On Saturday, she pointed to 99 new COVID-19 hospitalizations in Ohio in a day as reason for concern.

“A good chunk of those are going to stay seven days or longer,” she said, suggesting that pattern could eventually overwhelm hospitals.

Other states are giving a picture of what could be next for Ohio.

Utah now has a positivity rate of 14% and its system on the brink.

“It’s clearly spilling over from the younger group who tend not to get severe disease to the older groups who are more vulnerable,” said Dr. Brandon Webb, Intermountain Healthcare.

In Wisconsin, the average daily number of deaths has tripled. ICU beds are at 90% capacity.

Florida witnessed a record number of deaths within the past day alone.

In Boston, the city may soon fine for house parties, which is the exact thing Dr. Edwards blames here.

“When we see cases, it’s “Oh, we didn’t think it was a big deal if we just had our brother and his wife and our neighbors over for dinner. We didn’t think that would be a big deal” and now seven people are sick from that one event,” she said.

About three dozen states are seeing rises in COVID-19 cases.