Ohio's restaurants benefit from less restrictions, but are buffets safe?

Metrohealth infectious disease expert, Dr. David Margolius, weighs in on the safety of buffets, salad bars and the curfew being lifted. 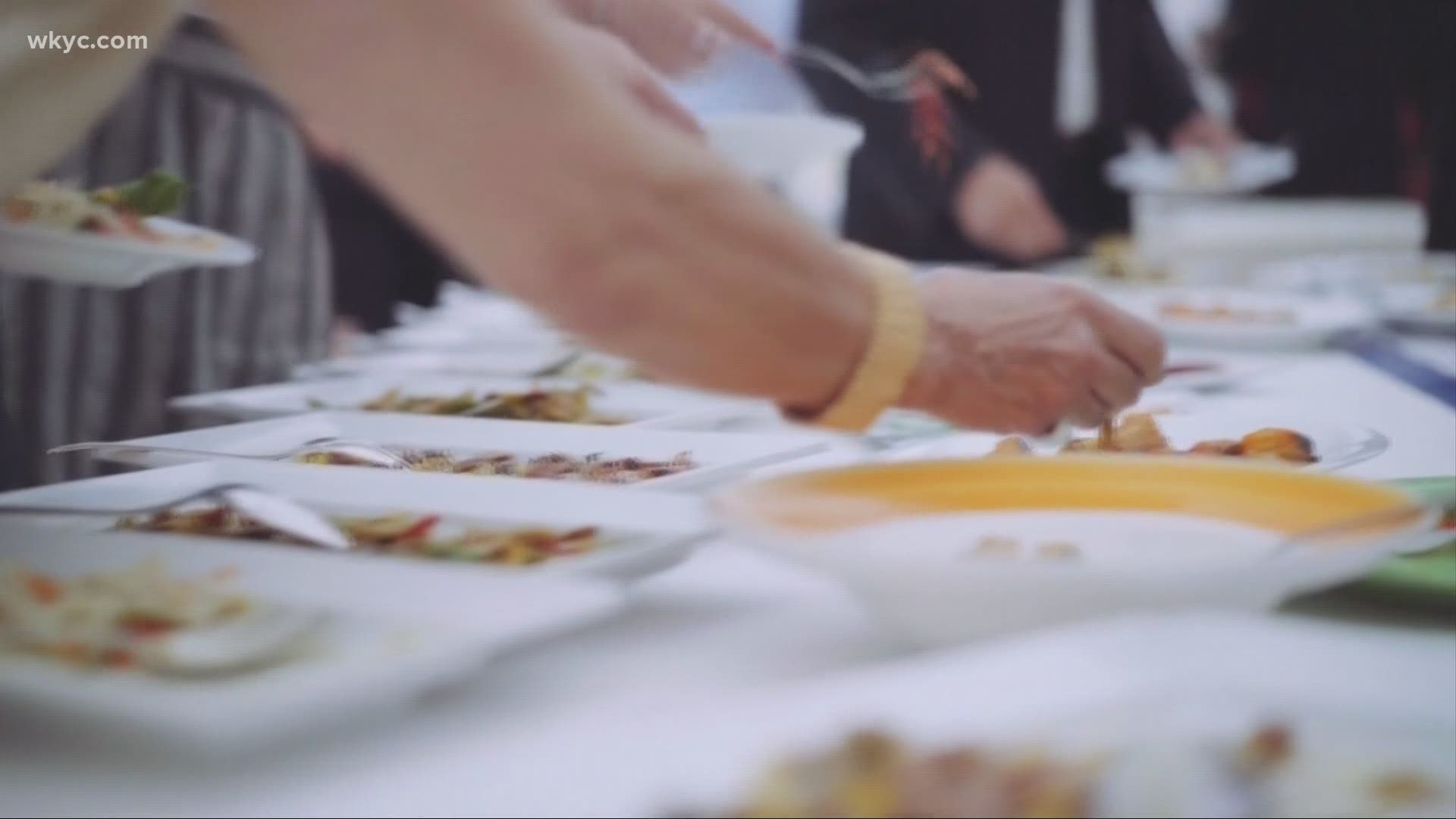 CLEVELAND — For the first time since October 18th, Ohio’s COVID-19 positivity rate is below the World Health Organization’s recommended threshold of 5 percent. This comes on the heels of the state lifting the curfew and removing the ban on buffets.

It’s been a impactful shot in the arm to local businesses just before Valentine’s Day weekend.

He says the phones have been ringing off the hook since the news of the statewide curfew was lifted. However, as they venture back to normal hours, not everything will be coming back right away.

Stroup says, “Pre-Covid, we would have a Bloody Mary bar set up. That would entail people coming up, hot sauces, different pickled vegetable, blue cheese olives, bacon, whatever we had from the kitchen that week that would work well.”

While buffets, salad bars and communal served food are able to resume, Stroup says Deagan’s is not ready to jump straight back in line.

“Just because we can right now, doesn’t necessarily mean that we should,” says Stroup.

While they are holding off bringing their famous Bloody Mary bar back, health experts say there’s really not much more of a risk with a buffet than indoor dining in general.

“The utensils, the surfaces are fine. That’s not how Covid is spreading, it’s from people breathing on each other,” says Dr. David Margolius, an infectious disease specialist at MetroHealth.

Dr. Margolius says people shouldn’t worry so much about salad bars or buffets, they should worry more about distance and masks.

“Our hospital cafeterias have all stayed open this whole time,” says Margolius. “We haven’t seen transmission in the cafeteria part. Where transmission would happen is if people go into a break room, take off their masks and they’re sitting on the other side of the table from each other.”

Even so, Stroup says it’s better to be safe than sorry. Deagan’s will enjoy the extra hours of operation and play wait and see with their self-serve, Bloody Marys.

“It’s kind of like an added little bonus to have, but we’ve had a good setup,” says Stroup. “The bartender makes a really good Bloody Mary, so we’ve just pivoted that way for now.”

As far as the curfew being lifted, Dr. Margolius says he has no problem with the timing of it. At Metrohealth, their positivity rate was as high as 30% in December and has dropped to about 10% now. He says, he’s optimistic about where things are going.

“The vaccines have helped,” says Margolius. “I think that people have done everything they can to reduce the rate of transmission and I’m really optimistic about this summer. I think things are going to be at a much better place than they are today.”