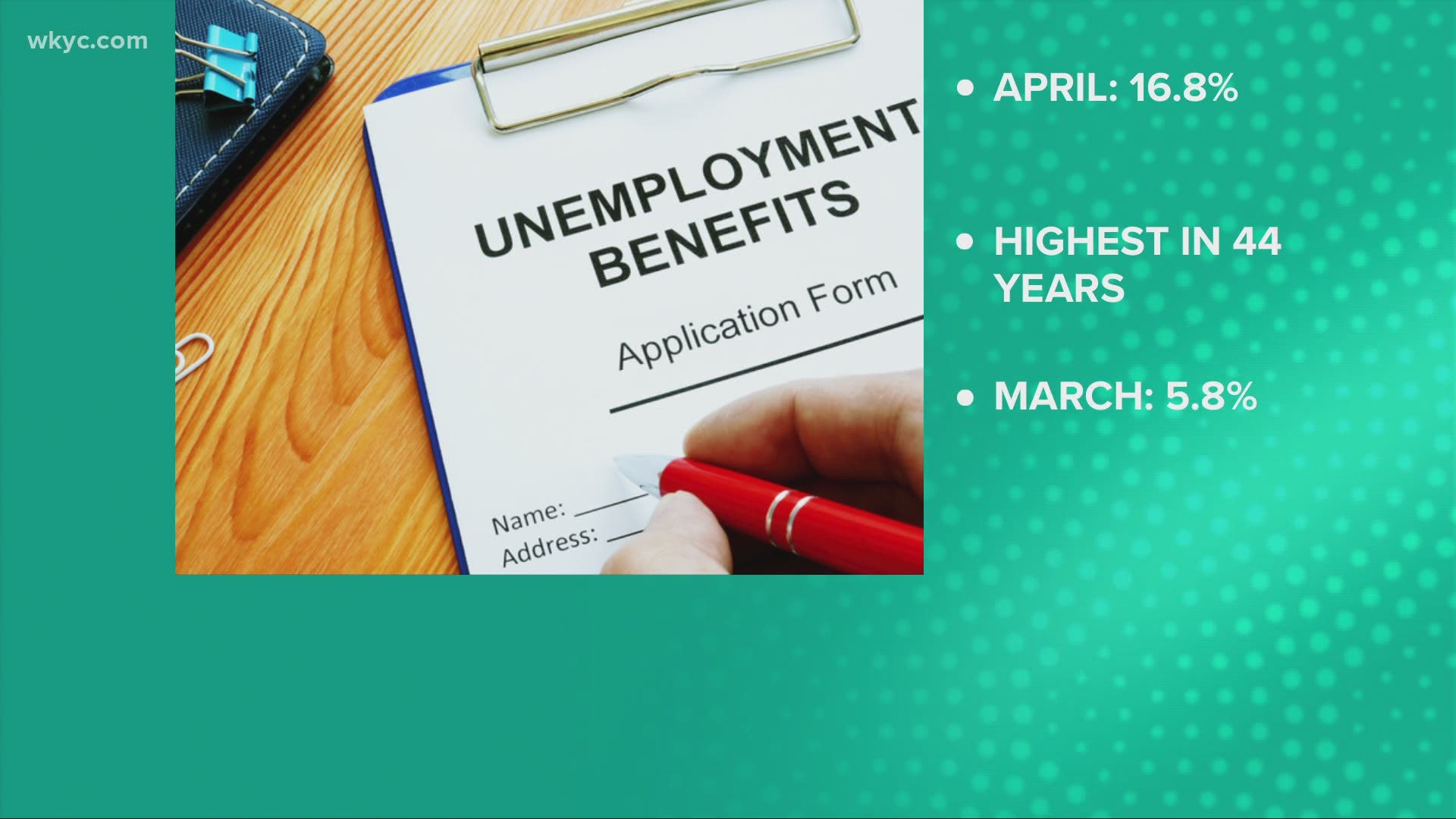 The figure released Friday follows nine weeks of job losses following the decision to shut down much of Ohio's economy to limit the spread of the coronavirus.

Bret Crow, a spokesman for the Ohio Department of Job and Family Services (ODJFS), says the last time the unemployment rate was even near this figure was the 14% recorded in December 1982 and January 1983.

Crow says the 16.8% is the highest since the current statistical record keeping began in 1976.

On Thursday, the ODJFS announced that jobless claims has topped 1.2 million in the last nine weeks.

"Of the more than 1 million applications the agency has received, more than 92 percent have been processed, with less than 8 percent pending," officials with ODJFS stated in a release. "In addition, more than 161,000 Ohioans have applied for Pandemic Unemployment Assistance (PUA), and ODJFS has issued more than $21 million in PUA payments."

There have now been a total of 1,215,756 new jobless claims since the pandemic began, including 46,062 new claims that were filed last week alone. To date, ODJFS says more than $2.8 billion has been paid in unemployment compensation.

All applicants are urged to file online, if possible.

"Each claim is important to us, and we recognize the hardship that the COVID-19 pandemic has placed on many Ohio families," ODJFS officials said. "We are expanding staff support, working longer hours and adding more technological capacity so that we can serve Ohioans as quickly as possible."

RELATED: Republicans look to phase out jobless aid to get Americans back to work

RELATED: Nearly 39 million have filed for unemployment since virus hit

RELATED: Bill would give $4,000 tax credit to retrain workers who lost jobs in pandemic

RELATED: State of Ohio: 'No evidence' of widespread compromise after unemployment data issue

RELATED: Fed Chair: Recovery may begin by summer, will likely be slow