The lawsuit, believed to be the first of its kind in Ohio, is among several lawsuits in at least 10 states, fighting for or against in-person classes. 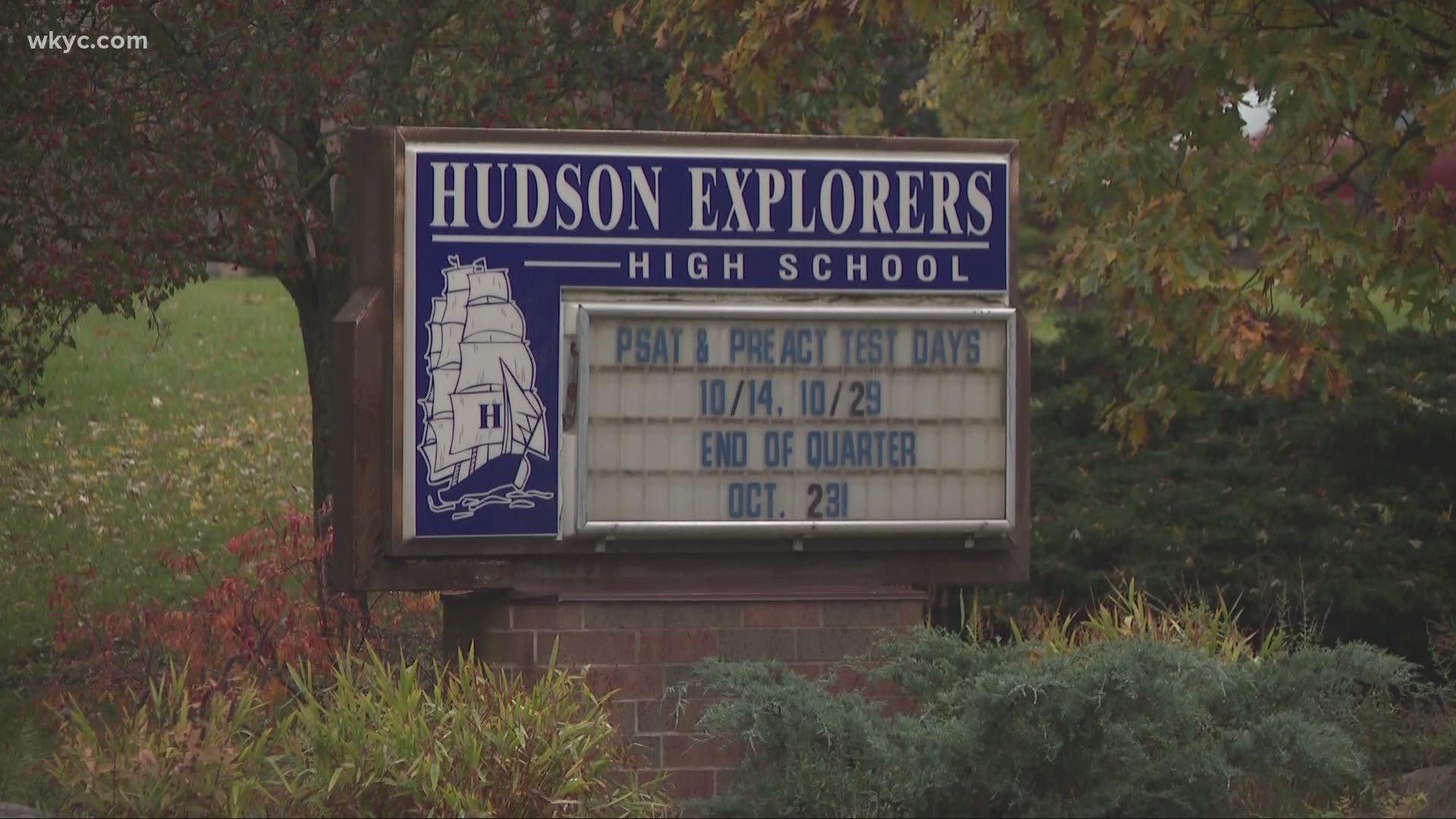 HUDSON, Ohio — A Hudson mother of two is suing the school district for its decision to return thousands of students to full in-person classes five days a week.

After several weeks of a mix of in-person and remote learning, students in grades K-8 resumed in-person classes on Monday, just days after the Ohio Department of Health elevated Summit County to a red alert risk level for coronavirus, which indicates very high exposure and spread.

"What we are asking, is that the school board follow their plan that they set out at the beginning of the year," said attorney Brenden Kelley from Wulinger & Wulinger law firm in Cleveland, who is representing the mother. The lawsuit asks for a temporary restraining order, arguing that the district deviated from its original plans in which parents were required to commit to either full online learning, or 2-5 in-person classes per week, depending on county health guidelines.

Kelley says the district's switch left parents without a viable online learning option and forces parents to send their kids to school, or face the risk of prosecution for truancy.

"You gotta stick to your word," emphasized Kelley. "When you adopt a plan, and you make parents rely on that plan, you have to stick with it, especially when you're dealing with such a difficult situation."

The mother, who asked not to be named, says she has received vicious and harassing messages from people in the community who disagree with her stance. "Obviously, [I have] a lot of concern for my children, and the family, and really the community," she said. Her concern is the schools' inability to maintain six feet of social distancing, with all returning students packing hallways, and crowding classrooms.

The city of Hudson and the school district did not respond to multiple attempts by 3News for comment on the lawsuit.

The fierce debate over education during the coronavirus pandemic has led some frustrated parents to find answers in the courts. Several lawsuits in at least 10 states have been brewing over plans to fully reopen schools. The sharpest clash is in Florida, where the state's largest teachers union fought to block an order by Republican Gov. Ron DeSantis for districts to fully reopen schools, or face a reduction of state funding.

How to safely and effectively educate kids during the pandemic is now leaving communities torn.

"I think we all want our kids to be safe. We all want what's best for our community," said Kelley.