No one is able to pinpoint the reasons for the shortages. Some aquatics managers believe increased competition from other industries is a factor for younger workers. 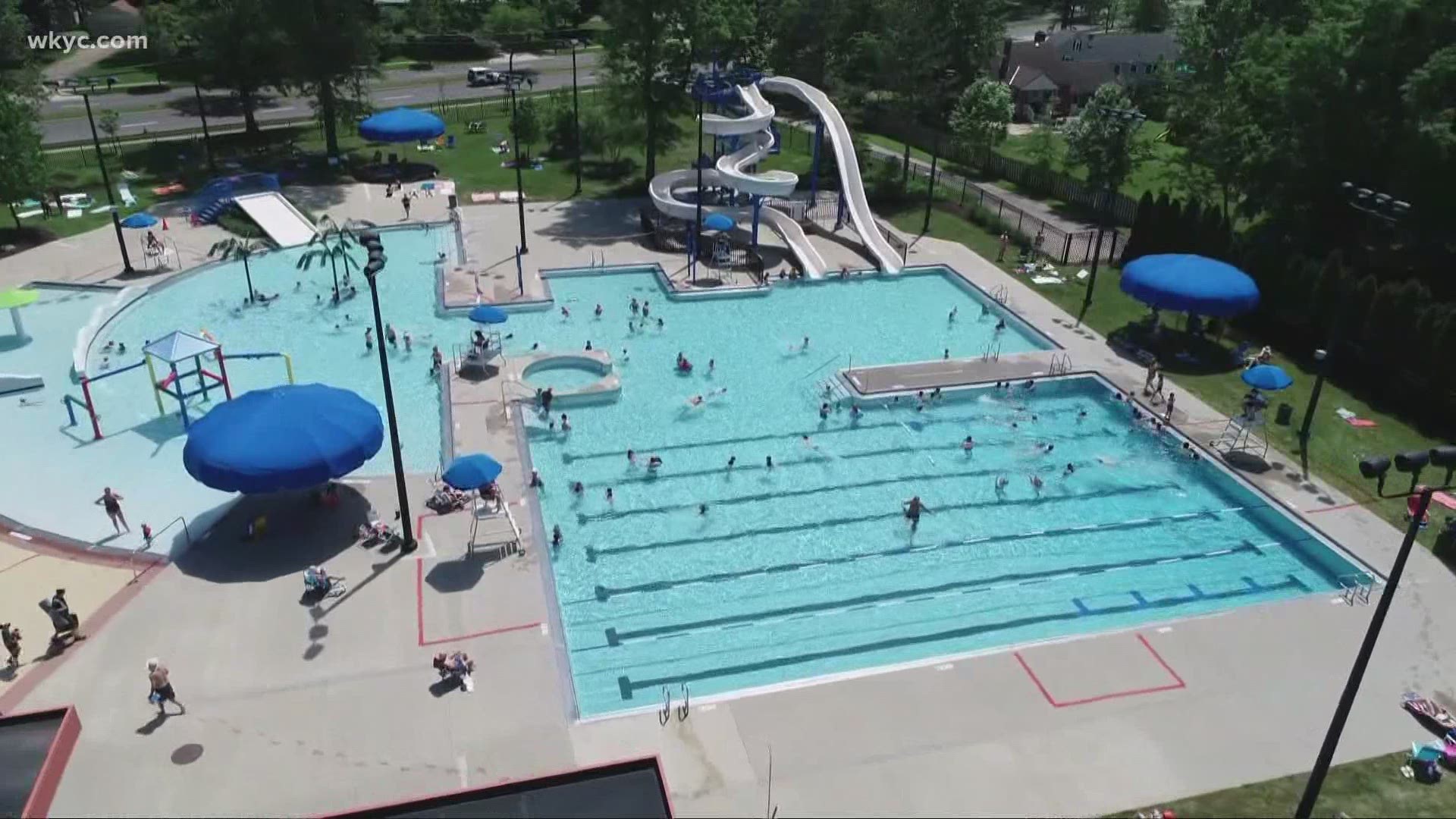 CLEVELAND — Just as pools prepare to open this Memorial Day weekend, many are finding they don’t have a way to keep guests safe. Lifeguards are in short supply this season.

“Every summer we’re looking to hire around 25-30 lifeguards to staff the outdoor pool to go along with the indoor pool,” said Branden Burns, aquatics and camps manager in Twinsburg. “This year, we’ve had about 6 so far.”

It’s a problem that cities around Greater Cleveland are experiencing.

RELATED: Companies post jobs where you can work anywhere - except for Colorado

“We’re about 15 short,” said Michelle Eibel, aquatics and safety manager in Rocky River. “We typically have about 65 on staff to staff both our indoor and outdoor pool.”

No one is able to pinpoint the reasons for the shortages, however. Some aquatics managers believe increased competition from other industries is a factor for younger workers who typically fill positions.

It could also be that the lifeguard certification is costly and takes time. Locally, managers are finding ways to combat both problems.

In Twinsburg, they’ve increased pay — going from the typical minimum wage in years past to $12 an hour this year. Rocky River and others who are hiring are even offering to reimburse lifeguards for certification and training costs if workers commit to employment through the summer season.

“We have a class coming up on June 1st, that’s our next one. And we’ll probably do an additional one after that.”

And it’s not just pools that are affected by shortages. Local beaches are having issues hiring too.

The Cleveland MetroParks is about 20-25 people short of its hiring goal. They typically hire 80-85 lifeguards each season to cover the park district.

“We are able to offer guarded swimming at all of our swimming locations this summer,” Jeff Tolman, a spokesperson for the Cleveland MetroParks said in a statement. “However, without additional employees, the size of the swim areas could potentially be reduced depending on daily staffing levels.”

Guarded swimming at Hinkley Lake Spillway and Wallace Lake has also been reduced to Fridays through Sundays only this summer, according to the statement.

RELATED: US restaurants and stores raise pay as desperation for workers grows

The Lake MetroParks is another Northeast Ohio venue also facing shortages. They’ve hired less than half of the dozen or more lifeguards typically employed to guard Fairport Harbor Lakefront Beach Park. As a result, guarded swim hours have been reduced and full-time staffers are being used to fill the gap.

Lake MetroParks is also offering incentives and training to onboard new employees including offering a lifeguard certification class June 16 and 17. Those who complete the course and work through the full season will be reimbursed fees that are paid.

Bottom line, this summer your local pool may be operating differently than in the past based on the staffing they’re able to provide. But one thing’s for sure: they’re determined to provide a safe way for people to keep cool this summer.

Twinsburg held a hiring event Tuesday and were able to hire a dozen new employees. Burns said, “we are not planning to push back that opening day. I may be up in that chair lifeguarding. But we are going to get it done. We’re going to open.”