Remdesivir was given FDA approval in March for clinical trials 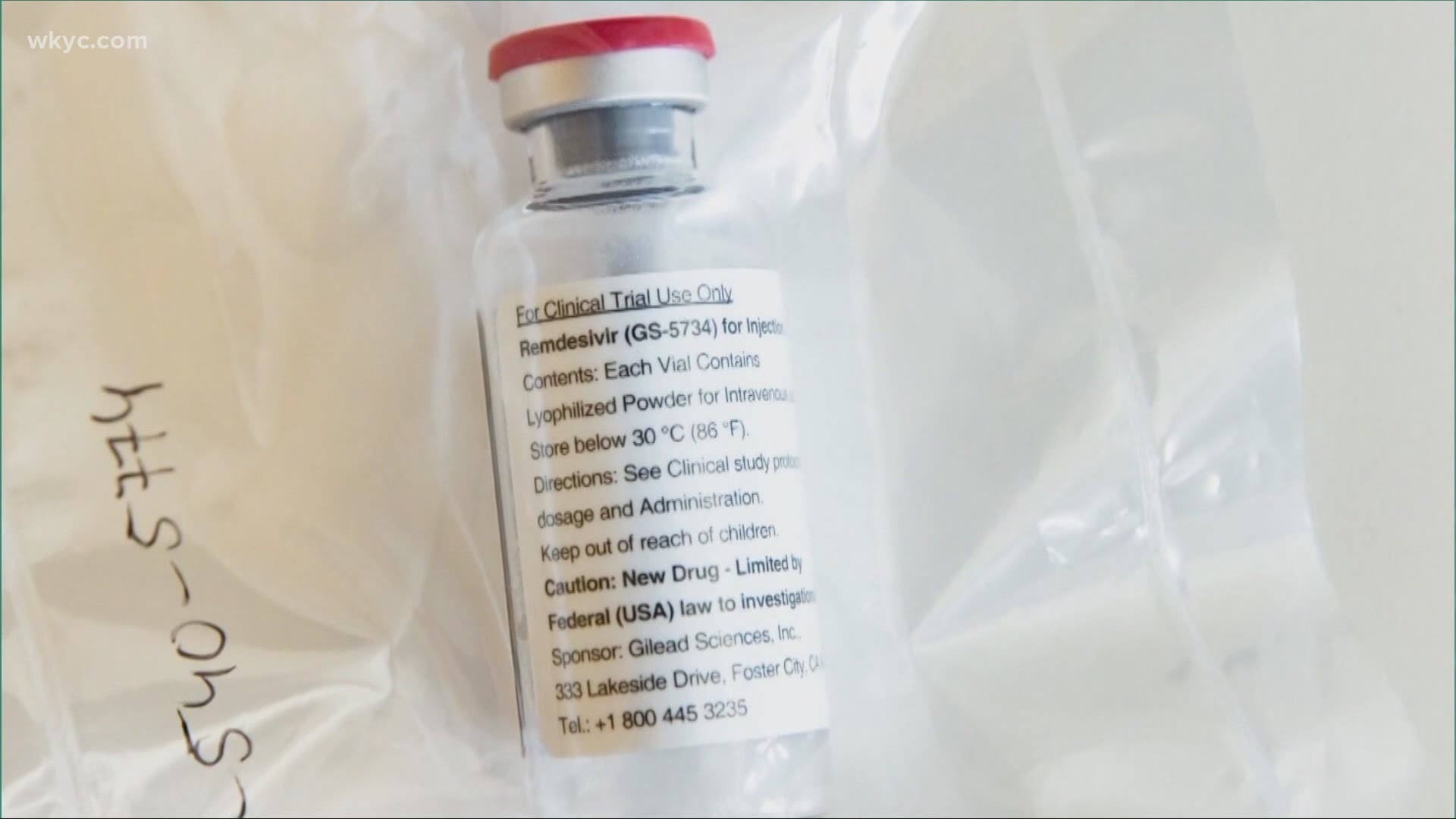 CLEVELAND — President Trump's medical team is not holding back on anything that could help improve his health as he battles COVID-19.

That includes Remdesivir, an experimental antiviral treatment being used on patients with moderate to severe symptoms of coronavirus.

“It keeps the virus from dividing and multiplying,” said Dr. Keith Armitage of University Hospitals (UH).

In March, UH was among the first hospitals in the nation to test the drug in a pair of successful clinical trials.

The hospital worked closely with manufacturer Gilead to secure the studies which were FDA approved.

Dr. Armitage said Remdesivir is most often used on patients who were on oxygen and at risk of getting sicker.

“It’s not a magic bullet, but it does slow down the virus somewhat. It doesn’t prevent every patient from progressing, but it has been shown to be beneficial in some patients,” he said.

It may hopefully work for President Trump, who said in a video on Twitter Saturday that he is feeling better thanks to therapeutics.

He also thanked the leaders of the world for their support.

“They know what we’re going through. They know as your leader what I have to go through," he said.

President Trump is not the first leader to get the disease.

Britain’s Boris Johnson was hospitalized and humbled in March when COVID-19 nearly killed him.

Brazil’s Jair Bolsonaro also tested positive, but barely fell ill, and made the sickness part of his swagger. He boasted about his macho athleticism and shamed journalists.

Both Johnson and Bolsonaro got a brief boost in opinion polls upon their recovery.

Though President Trump was somewhat cavalier towards the virus in the past, he does not appear that way now.

“I just want to be so thankful for all of the support I’ve seen whether it’s on television or reading about it,” he said.

On Sunday, Ohio Governor Mike DeWine is calling for a special day of prayer for the President and First Lady, and anyone suffering from COVID-19.