The west side manufacturer plans to make 150 million swabs for COVID-19 testing by the end of the year. 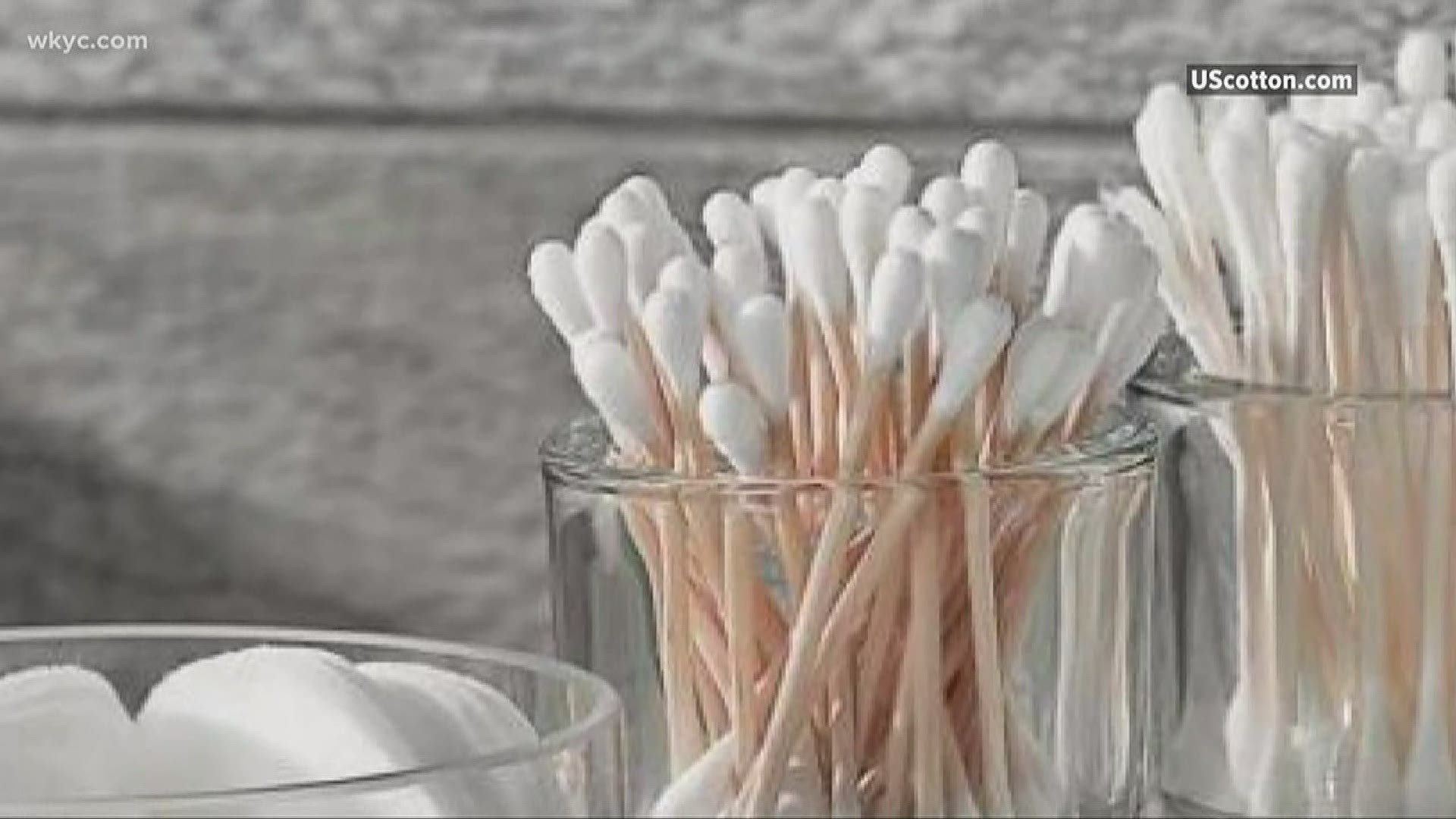 WASHINGTON — Prior to rolling out his much-anticipated reopening plan on Monday at the White House, President Donald Trump called up several business and retail CEOs who met with him earlier in the day.

The CEOs were there to help announce the White House's efforts to make enough tests for COVID-19 available so states can sample at least 2.6% of their populations each month. Trump and administration medical experts outlined the plan on a call with governors Monday afternoon, before Trump announced that businesses such as CVS would expand access to tests across the country.

One of the executives who was spotlighted was John Nims, President and CEO of Cleveland-based U.S. Cotton.

U.S. Cotton, located on Industrial Parkway near West 150th Street, received approval from the Food and Drug Administration last week to manufacture a new synthetic swab for COVID-19 tests. The company is the country's largest manufacturer of cotton swabs.

"We are the company that is going to be producing swabs in these testing kits," Nims told the gathering at the Rose Garden. "We have about 1,200 people in our company and our Cleveland operation has pivoted from a 'Q-tip' style swab to a swab with a plastic stick with a polyester tip so that they can be assembled into these kits."

Nims told 3News last week that the swabs can be used for both healthcare testing sites and stay-at-home testing kits.

The swabs are made of synthetic materials, because cotton has its own DNA, since it's a plant, and can potentially contaminate test samples. Approval of the new nasal swab was fast-tracked, with the help of the Bill and Melinda Gates Foundation, which provided the FDA with the technical studies of the design.

The "testing bluepring" for states includes a focus on surveillance testing as well as “rapid response” programs to isolate those who test positive and identify those with whom they came in contact. The administration aims to have the market “flooded” with tests for the fall, when COVID-19 is expected to recur alongside the seasonal flu.

"Our Cleveland team has done a wonderful job and they're very excited to be able to help in this effort," Nims added at the White House.

The facility in Cleveland can currently make 3-million swabs per week, but Nims expects that the plant will manufacture 150-million swabs by the end of the year.

RELATED: Masks made mandatory for employees and customers in stores as Ohio begins to reopen economy