A comparison of information from the Department of Veterans Affairs and projections on COVID-19 deaths shows the U.S. set to reach a grim record by December. 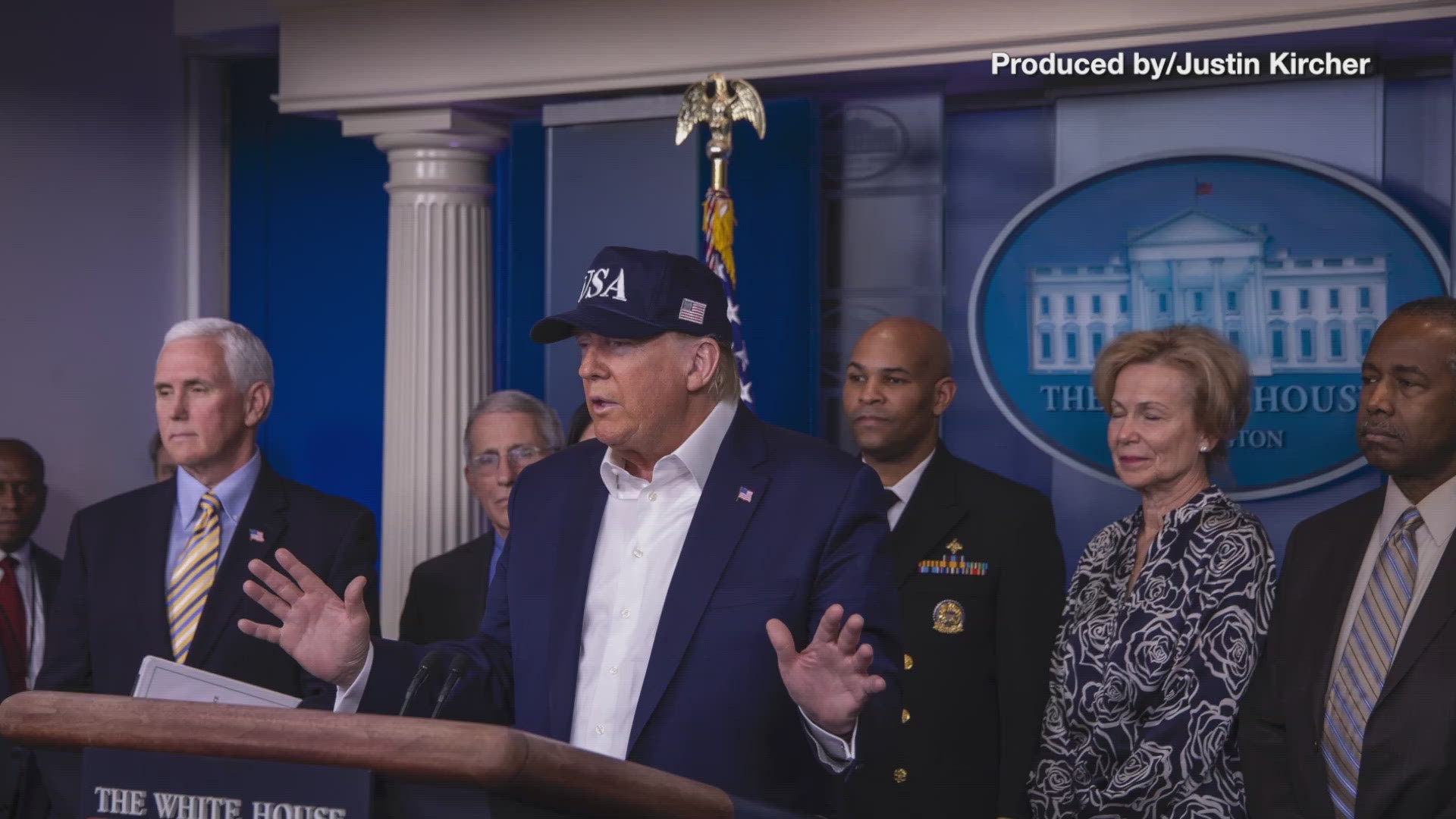 Several projections on U.S. coronavirus death tolls have the country on a path to reach a startling record before the end of the year.

Recent numbers from the Institute for Health Metrics and Evaluation at the University of Washington show that by December 1, the nation could see 295,011 deaths from COVID-19. That would be more Americans dead than those who fought in World War II between 1941 and 1945.

According to the Department of Veteran Affairs, 291,557 service members died in battle during World War II from 1941 to 1945.

On Sunday, former Food and Drug Administration commissioner Scott Gottlieb said on CBS's "Face the Nation" that the coronavirus death toll in the United States would "definitely" be between 200,000 and 300,000 by the end of the year.

RELATED: US surpasses 5 million coronavirus cases as the world reacts to containment response

RELATED: For pandemic jobless, the only real certainty is uncertainty

The former FDA commissioner went on to say, "We've now had two waves of this epidemic — the New York wave and the wave through the Sun Belt —which is receding, although Texas is showing an uptick in the last week and that needs to be followed closely."

The United States' inability to better mitigate and contain the spread of the pandemic has been seen as somewhat of a shock in Europe and other parts of the world.

The U.S. surpassed a global record Sunday of 5 million confirmed infections, according to a count by Johns Hopkins University. It was by far the highest in the world.

Dr. William Schaffner, a professor of infectious diseases at Vanderbilt University told CNN, "over much of this country, this virus is spreading unimpeded because so many folks are not getting with the program to contain it."

This week five states reported over 40% of the U.S. infections. Those states are Florida, Texas, New York, Georgia and California (which reported the most cases in the U.S.)