Rapid COVID-19 tests recommended for those patients who have symptoms

There has been a lot of news lately about rapid COVID tests. Monica Robins sorts out the difference between rapid and PCR testing. 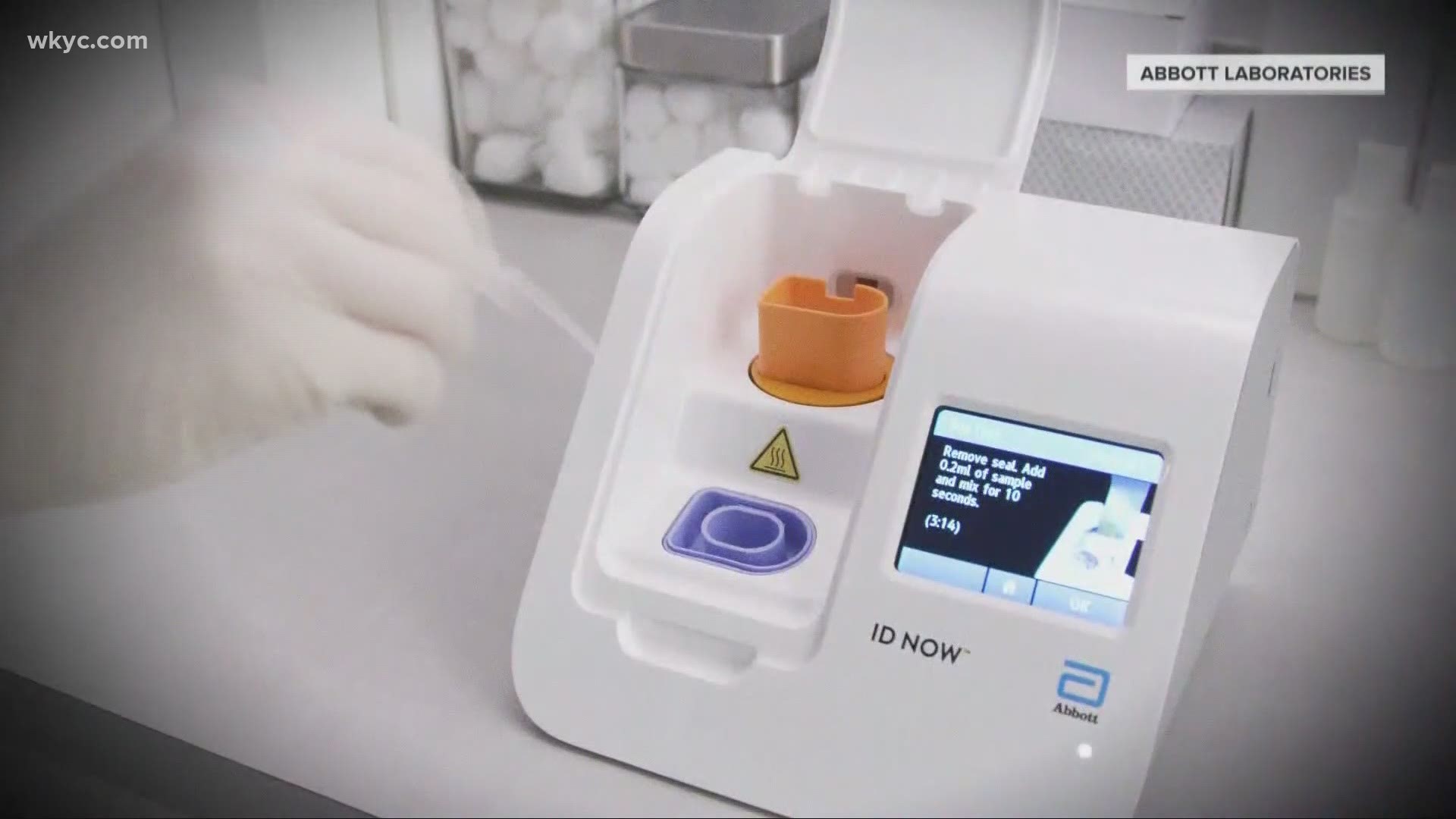 CLEVELAND — Currently there are two main types of testing for COVID-19.

The gold standard and most sensitive test is the polymerase chain reaction, or PCR, which can detect genetic material from the virus usually about four days after exposure, but it takes hours to process in a lab, requires trained staff and chemical compounds to make it work, and if there's a shortage of supplies, results are delayed.

The rapid tests getting attention lately are known as Antigen tests. They detect virus proteins, are less expensive and deliver results in minutes, but they're also less sensitive. Meaning the risk of false negatives or positives is higher.

The White House has been using the Abbott Rapid test and it's often used in clinics or doctor's offices. But there's hope it may be used more widely to help businesses and schools.

But again, there's a risk.

"The test that you do right then and there do not detect down to the lower levels of virus that many people have or that you have earlier in your disease, that creates an opportunity for the virus to slip," says Dr. Alan Wells of the University of Pittsburgh.

In a statement to NBC, Abbott says its Rapid ID test is 95% accurate within seven days of getting symptoms. Symptom onset can range from two to fourteen days after infection, and some people never get sick. That's why the FDA issued a warning in May saying anyone getting a negative result from a rapid test should confirm it with a more sensitive PCR test.

"I am concerned that there is a false sense of security getting a negative from any test, too often people take a negative test as they don't have COVID and they do not need masking and they do not have to change their behavior. That is not how these tests should be used," said Dr. Alan Wells.

And no matter what the result, masks, social distancing and handwashing should always be standard protocol too.