Despite taking every precaution, she fell suddenly ill – five weeks before her due date. She never got the chance to meet her son. 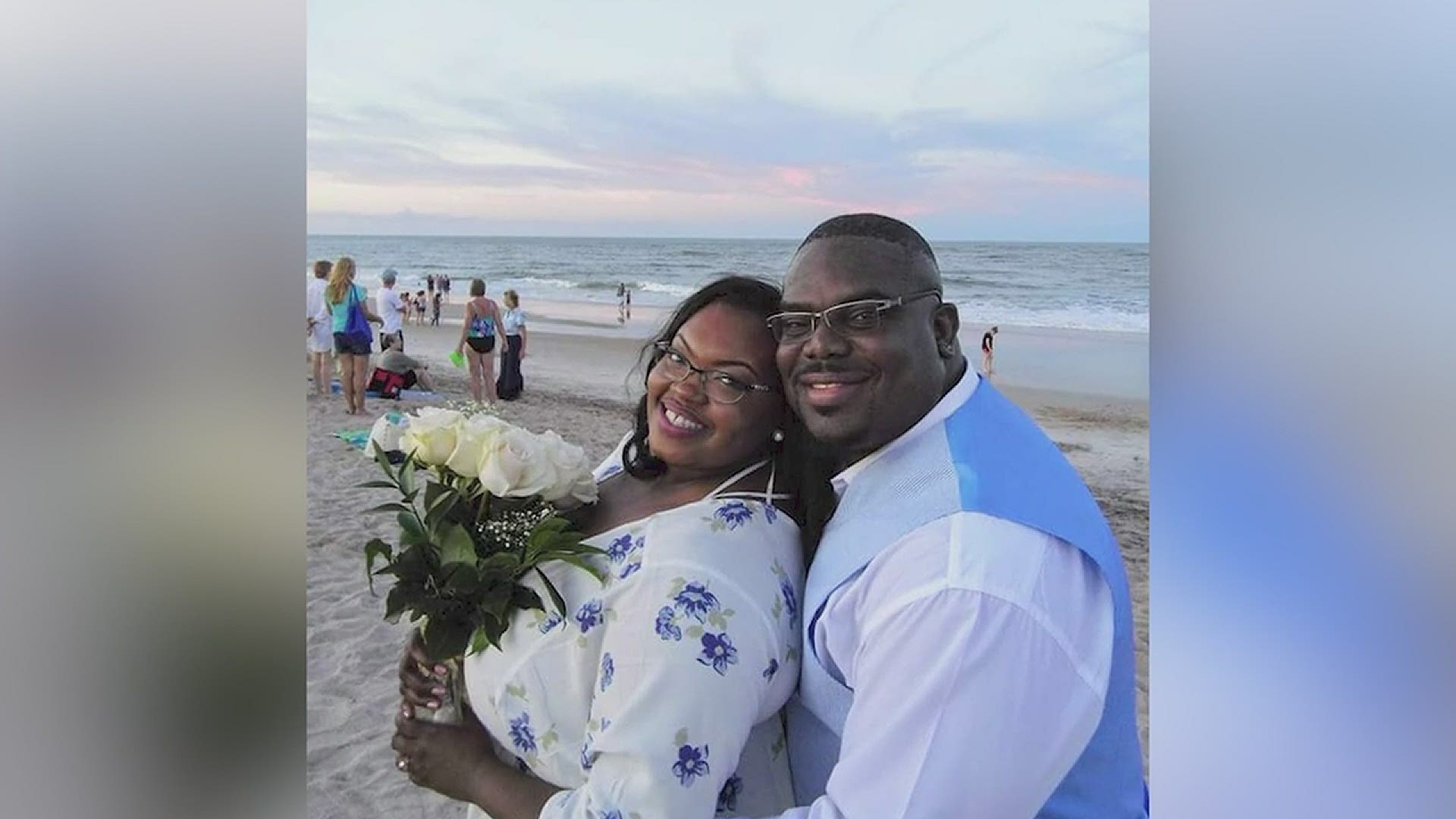 JACKSONVILLE, Fla. — Renae Byrd couldn't wait to be a mom.

At a gender reveal party in June, she and her husband, Isaac, announced they would be welcoming a baby boy in a few months.

“It was her first pregnancy," explained Byrd's older brother Roderick Ingram. "She was very meticulous about all her appointments. She was walking two to three miles a day, you know, just to start to stay healthy.”

He said despite taking every precaution, Byrd fell suddenly ill – five weeks before her due date.

“She called us that she was heading to the hospital because she was coughing and there was blood in it,” Ingram recounted. “They did a CAT scan of her chest. And they said that it looked like pneumonia and COVID."

As Byrd's symptoms were getting worse, she told her brother she felt like she was trying to breathe through a straw. Although he was concerned, Ingram was hopeful for her recovery since she was otherwise healthy - and only 32-years-old.

“I remember just telling her, ‘Hey,' you know, 'you're going to pull through. You're going to be okay.’ Even though she was hurting so much. I was like, ‘Hey, you’re a mommy now’,” Ingram recalled.

Though he was premature, baby Isaac kept fighting for his life, even as his mother’s slipped away.

Ingram said his sister experienced several complications from the virus. Not only did she have pneumonia, she had been diagnosed with acute respiratory distress syndrome from COVID-19. Ingram said doctors treated her with Remdesivir and convalescent plasma, but her lungs inevitably were unable to fight the disease.

She never got the chance to meet her son.

“It was really hard, the first time seeing him and holding him," Ingram admitted. "But he's beautiful."

After spending several weeks in the hospital, Isaac is finally home with his father. His family is determined to teach him all about the strong, brave woman who brought him into this world - the woman who wanted and fought for him until her last breath.

“I just want him to know that his mom is awesome person. And that same beauty that lived in her now lives in him,” Ingram said.

Ingram described his baby sister as one of the most brilliant people he’s ever met. Byrd, he said, always knew how to make him feel better or put a smile on his face.

"Best sister anyone could ever ask for,” Ingram stated. “I don't feel strong enough to handle it a lot of times, but she called me her superhero. So, I've kind of wanted to be a superhero for her and her son, and be as strong as I possibly can. So I can help her live through our memories and our stories in Isaac's life.”

RELATED: Faces of COVID victims: a 15-year-old's mission to memorialize missed loved ones

Ingram added that he hopes the loss of his sister reminds people that this can happen to anyone.

“Wear a mask, social distance, wash your hands, you know, really take care of one another, and let's do the best we can to get through this together,” he urged. “This story hurts, but I'm one of about 195,000 people that have a similar story. If this can help one person save one other person, then I think that that her life had meaning."