Crippled by coronavirus, Northeast Ohio's live music clubs remain closed, or open only for small events. Here's how some well-known venues are fighting to survive. 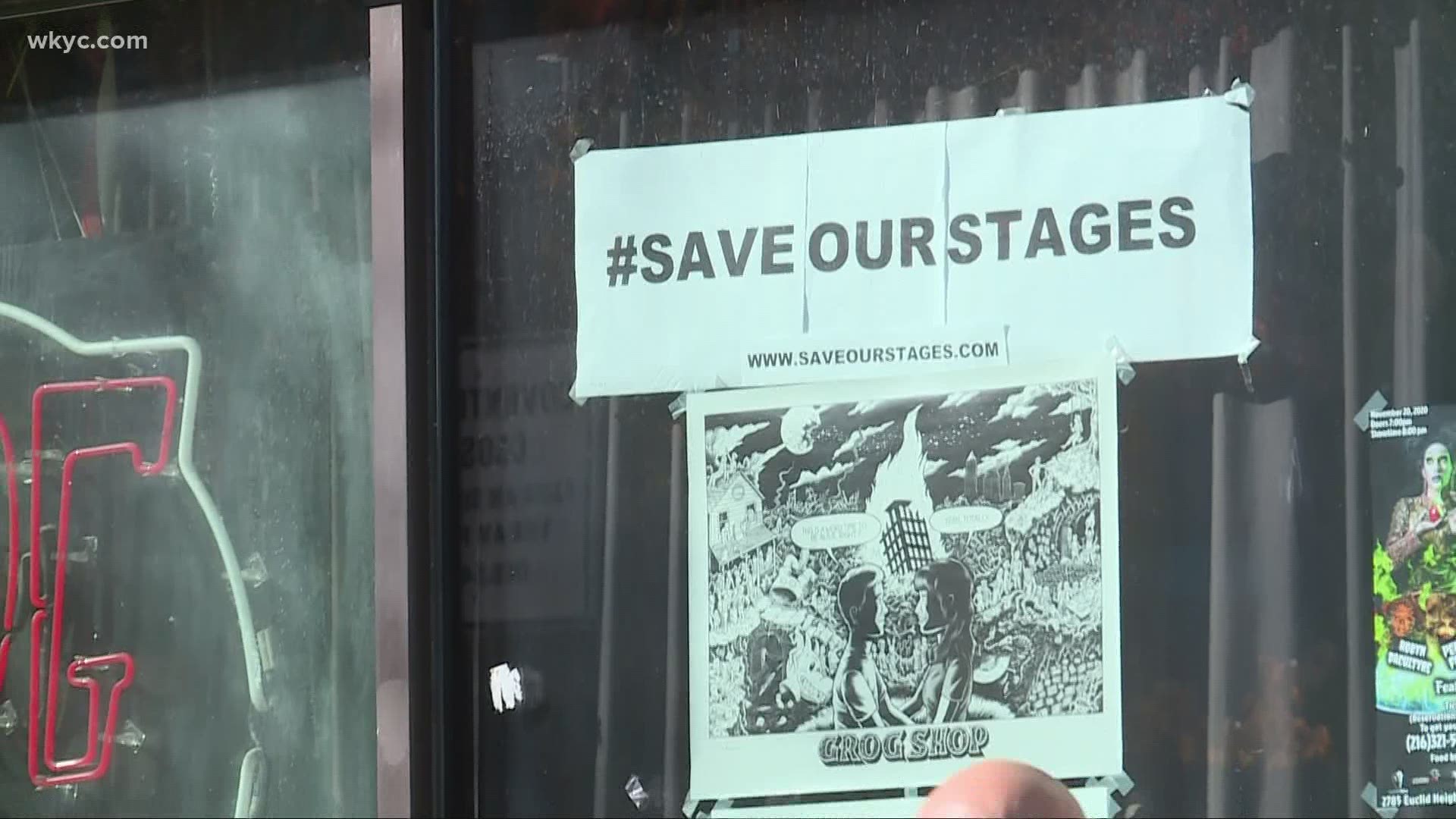 CLEVELAND — It feeds the soul of a city.

The COVID-19 pandemic has silenced the region's live entertainment scene. Some clubs are unable to play bills due to coronavirus restrictions limiting them to just 15% capacity.

Other clupbs are staying open, if only for art's sake, offering small shoes with table seating in spaces once exploited for moshing.

“It’s bizarre. I’m not going to lie. It’s a different atmosphere," says Kathy Blackman, owner of The Grog Shop in Cleveland Heights. “It’s not going to pay any bills but is just a way to keep, like people relevant, and sane, so to speak.”

The Grog Shop has been a fixture on Coventry Road for 28 years, hosting more than 300 shows annually. But Blackman is having doubts this year.

Clubs like The Grog Shop drive tens of thousands of people each year to their respective neighborhoods, marking their owners as unofficial ambassadors.

“I grew up here. I still live here. My kids go to school here. I want to see Coventry be what it should be," says Blackman.

Area club owners are working together to lobby officials in Ohio and Washington for a cut of federal money set aside for non-profit arts organizations. But small clubs, for-profit businesses not known for big profits, are being left out.

“What we are asking is to just recognize that we are hard hit and have fallen through the cracks and there still is an opportunity," says Sean Watterson, co-owner of Happy Dog, a tavern on Cleveland's west side that has been closed since March 15.

Watterson is running point for clubs in the region for the National Independent Venue Association, an advocacy group calling for a federal Save Our Stages relief package.

“It hurts, you know, the musicians, who play this stage. They work behind the bar. It is not just, not just nameless, faceless things. This is community of people," Watterson adds.

There is hope in new bipartisan legislation in the Ohio Statehouse that would allow small venues to apply for federal CARES Act money.

Because saving local stages is about much more than a saving a local business. It’s about preserving an anchor in a neighborhood. It’s about saving music itself, often tested in basement and garages and brought to the world on places like the Beachland Ballroom in North Collinwood.

Beachland is a stage for up and comers, most notably The Black Keys, who once played to an audience of 20 or so people there. Co-owner Cindy Barber is concerned about the future of her business and others like it.

“If we don’t have small clubs, the ecosystem of the whole music scene is going to go away," she says.

Though the Grog Shop and Beachland Ballroom were trying to host small events, both clubs have recently announced they are temporarily shutting their doors during this latest wave of COVID-19 cases. There is some good news: The Ohio Senate just introduced a companion bill to the one in the Ohio House that could provide relief to the more than 150 small stages in the state.