Scientists urge WHO to acknowledge coronavirus can spread in air

People in certain indoor conditions, such as bars, could be at greater risk of being infected than was previously thought. 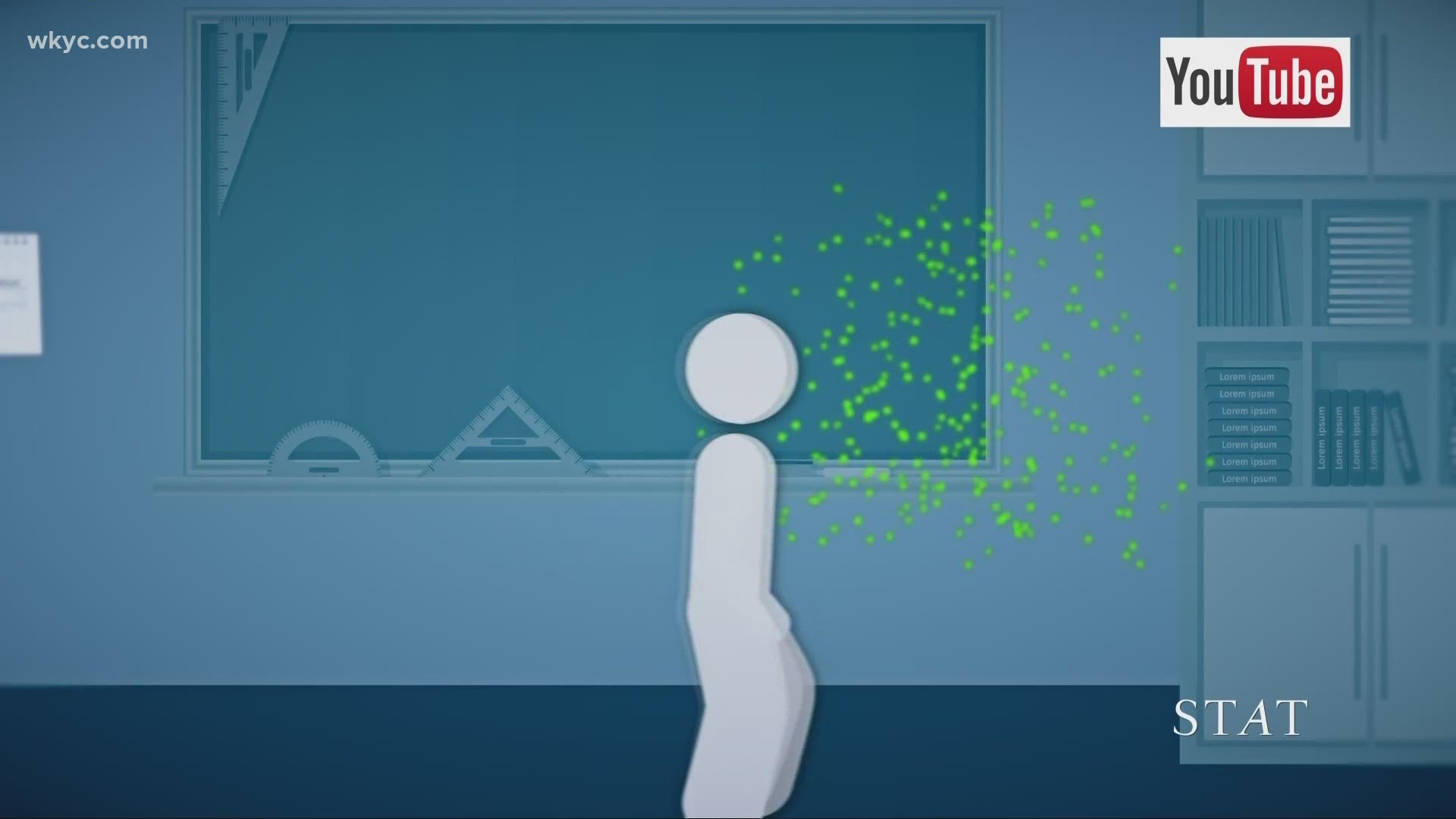 CLEVELAND — The coronavirus only been around for nine months and every day we're still learning something new. Now more than 200 scientists want the World Health Organization to update guidelines indicating there's a chance that the virus can also be airborne.

In a letter published this week in the journal Clinical Infectious Diseases, scientists from Australia and the U.S. wrote that studies have shown “beyond any reasonable doubt that viruses are released during exhalation, talking and coughing in microdroplets small enough to remain aloft in the air.”

That means people in certain indoor conditions, such as bars, could be at greater risk of being infected than was previously thought.

"What I think these scientists are trying to say is that we're now learning that aerosolization may be playing some role and the way that the wording is from the Centers for Disease Control and the World Health Organization is they seem to be minimizing that aspect and there may be more to aerosolization than zero," says Dr. Frank Esper, Pediatric Infectious Disease expert at Cleveland Clinic

The WHO has long maintained that COVID-19 is spread via larger respiratory droplets, most often when people cough or sneeze, that fall to the ground. It has dismissed the possibility of airborne transmission, except for certain high-risk medical procedures, like when patients are first put on breathing machines.

"It certainly still seems that the vast majority of individuals who are getting sick or the people that we're seeing from person to person droplets is still from respiratory droplets," Dr. Esper says. "Airborn transmission may be another way that it's able to spread, but it's probably not the major way it spreads unlike measles.

Dr. Esper adds if we want to prevent the spread come flu season, air flow and ventilation need to be considered and improved, and now is a good time to start doing that.

In a statement on Monday, the WHO said it was aware of the article and was reviewing it with technical experts.

WHO has been criticized in recent weeks and months for its seeming divergence from the scientific community. The organization for months declined to recommend mask-wearing, partly out of supply concerns and has also continued to describe the transmission of COVID-19 from people without symptoms as “rare.”

The letter was endorsed by 239 scientists from a variety of fields. It stated that the issue of whether or not COVID-19 was airborne was of “heightened significance” as many countries stop restrictive lockdown measures.

"With this virus, there's been no evidence that transmission is occurring across long spaces of distance, adds Dr. Amy Ray, an infectious disease expert at MetroHealth. "It's the person to person exposure that is the vehicle of transmission, not just simply walking outside and breathing the air."