While negotiations over a new virus relief package have all but ended, both sides seem to agree there should be another $1,200 check sent to Americans. 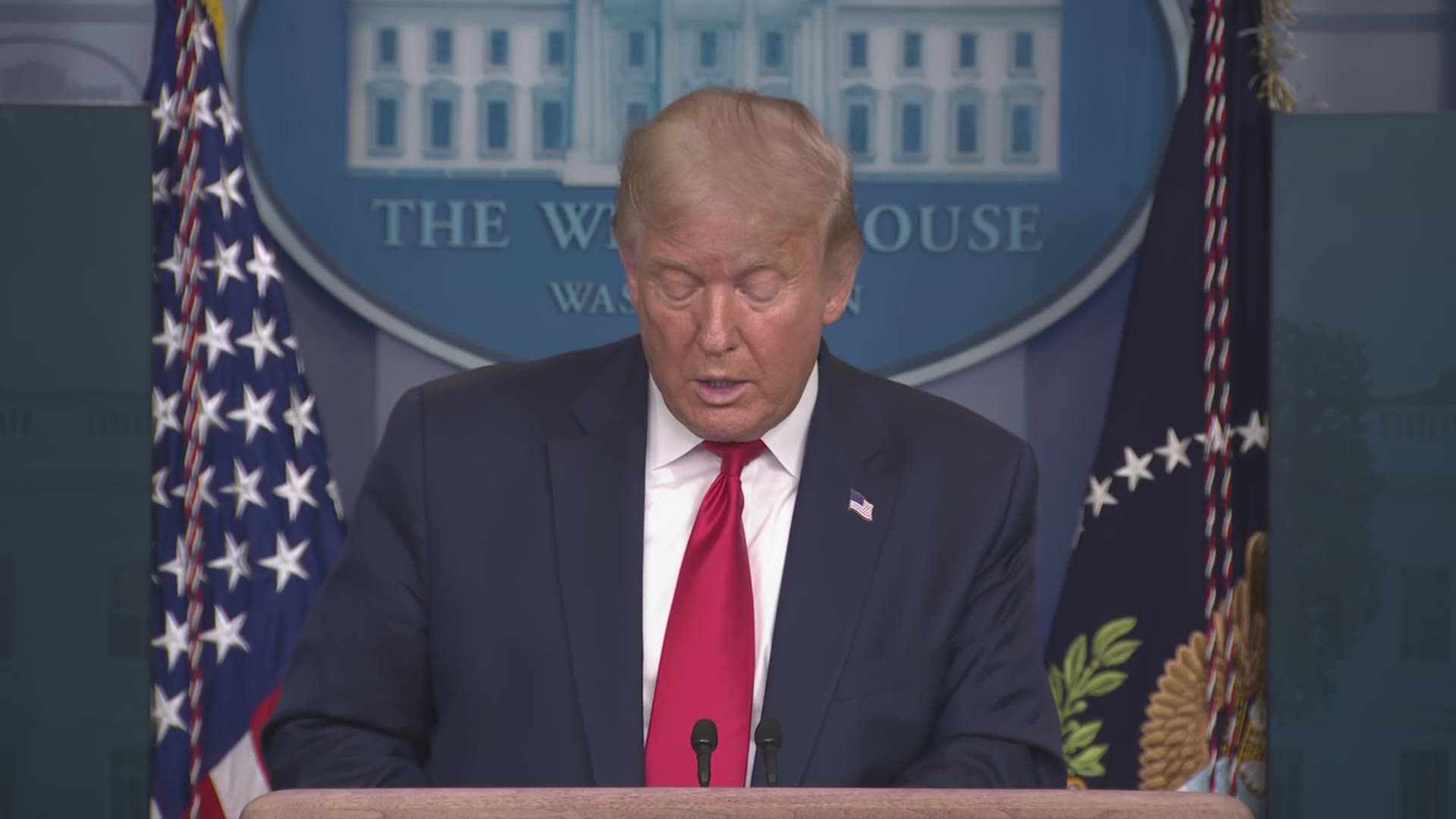 WASHINGTON, D.C., USA — President Donald Trump said on Friday that he has "directed" Treasury Secretary Steven Mnuchin to "get ready to send" another round of direct payments to Americans.

At Friday afternoon's White House news conference, Trump told reporters that Democrats are the ones "holding up" the financial aid to taxpayers to help during the coronavirus pandemic.

House Speaker Nancy Pelosi on Thursday criticized Republicans for not caring and says “people will die” if the delay grinds into September. While Senate Majority Leader Mitch McConnell said Democrats are “rejecting any more relief for anyone unless they get a flood of demands with no real relationship to COVID-19.” Trump economic adviser Larry Kudlow called it “a stalemate.”

Trump had also tweeted earlier in the day about preparing Mnuchin to send the $3,400 for a family of four. But despite what his comments and tweets suggest, the president will need Congress to act before another $1,200 stimulus check can go out. He did say during the news conference that he is waiting on Democrats to approve the aid deal, not taking independent executive action.

Negotiations over a big new virus relief package, including a second round of stimulus checks, have all but ended. The White House and congressional leaders remain far apart on the size, scope and approach for shoring up households, reopening schools and launching a national strategy to contain the coronavirus.

One thing both sides seem to agree on is that there should be at least one more round of coronavirus stimulus checks.

Both Democrats in the House and Republicans in the Senate have presented similar stimulus check proposals in their HEROES and HEALS acts, respectively.

And while the president has taken executive action aimed at other aspects of aid from the CARES Act that has expired, an executive order for a second stimulus check is likely out of his reach.

RELATED: 5 benefits from the CARES Act you need to know about besides the stimulus check

I have directed @stevenmnuchin1 to get ready to send direct payments ($3,400 for family of four) to all Americans. DEMOCRATS ARE HOLDING THIS UP!

In follow-up tweets, the president put the onus on Democrats for the hold up in new funding and claimed he was ready to add more funds for the Paycheck Protection Program, and for states and local governments "to save jobs" for police, first responders and teachers.

So, when (or if) Americans will get a second stimulus check remains unclear.

And the president doesn't have the power to make another stimulus check happen simply with a stroke of his Sharpie. The main reason is the Constitution, which does not give him the ability to pull money out of the Treasury Department.

"No Money shall be drawn from the Treasury but in Consequence of Appropriations made by Law," reads Article I, Section 9.

“The Constitution mandates that only Congress has the power of the purse — the president cannot unilaterally tax and spend,” Kris Cox, a tax policy analyst at the Center on Budget and Policy Priorities, told CNBC.