Physicians say the biggest threat to Northeast Ohio is still the flu. 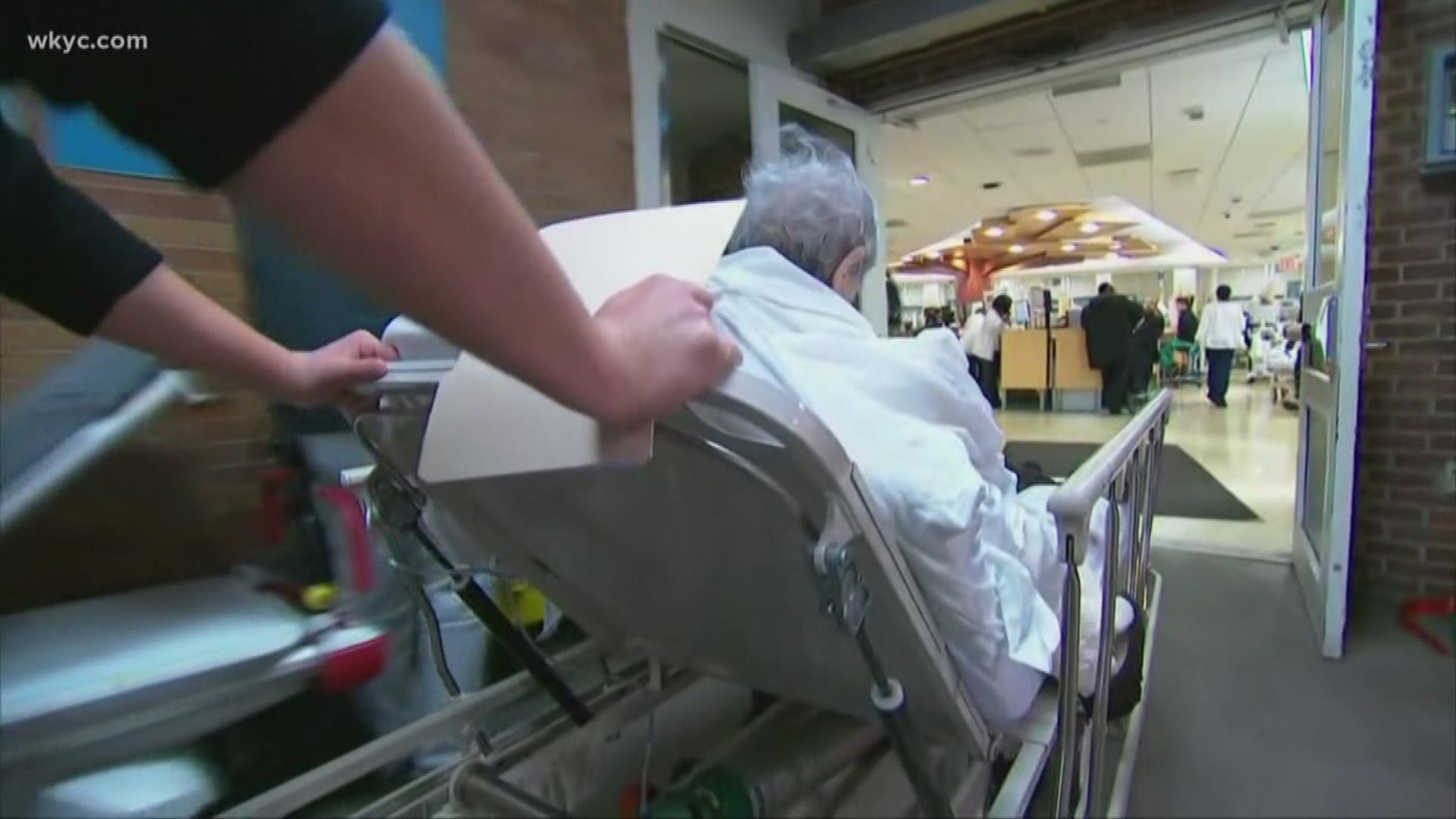 CLEVELAND — The panic over coronavirus is setting in, but is this really something we should lose sleep over right now?

In the United States, Google searches for how to prepare for the coronavirus have spiked 2,200 percent over the past week; people are buying facemasks in bulk; more than 50% of people say they’ll avoid public areas if the virus gets worse.

It’s becoming a point of fear for some families and businesses, but some healthcare professionals are asking people to turn the fear into a healthy perspective.

Dr. Robert Salata is Program Director for the University Hospitals Roe Green Center for Travel Medicine & Global Health and says it’s not time to panic. He agrees with the World Health Organization that the virus hasn’t reached pandemic levels yet in the U.S.

Coronavirus would need to meet three criteria in order to reach that status:

Currently, the virus only meets two of the three points because it’s not community widespread. Only two people in California have contracted the disease from unknown origins.

Salata says the public should keep in mind that the risk in the United States is still very low. It’s also important to keep in mind that we’ve survived health scares in the past: In the early 2000s, it was SARS; in 2009, it was the swine flu (H1N1). Just a few years ago in 2014, MERS cases spread to the U.S.

Even still, Salata says he understands the concern.

"Just the sheer number of cases, particularly in China is really elevated this issue in the minds of many of us," he said.

"This is such an evolving day-to-day changing situation; we need to keep that in mind."

CORONAVIRUS: Answering the top 10 questions people have been Googling

RELATED: CDC adds Italy and Iran to list of countries to avoid amid coronavirus outbreak