'The system is not working the way it's supposed to work," Twinsburg Chief Tim Morgan said. 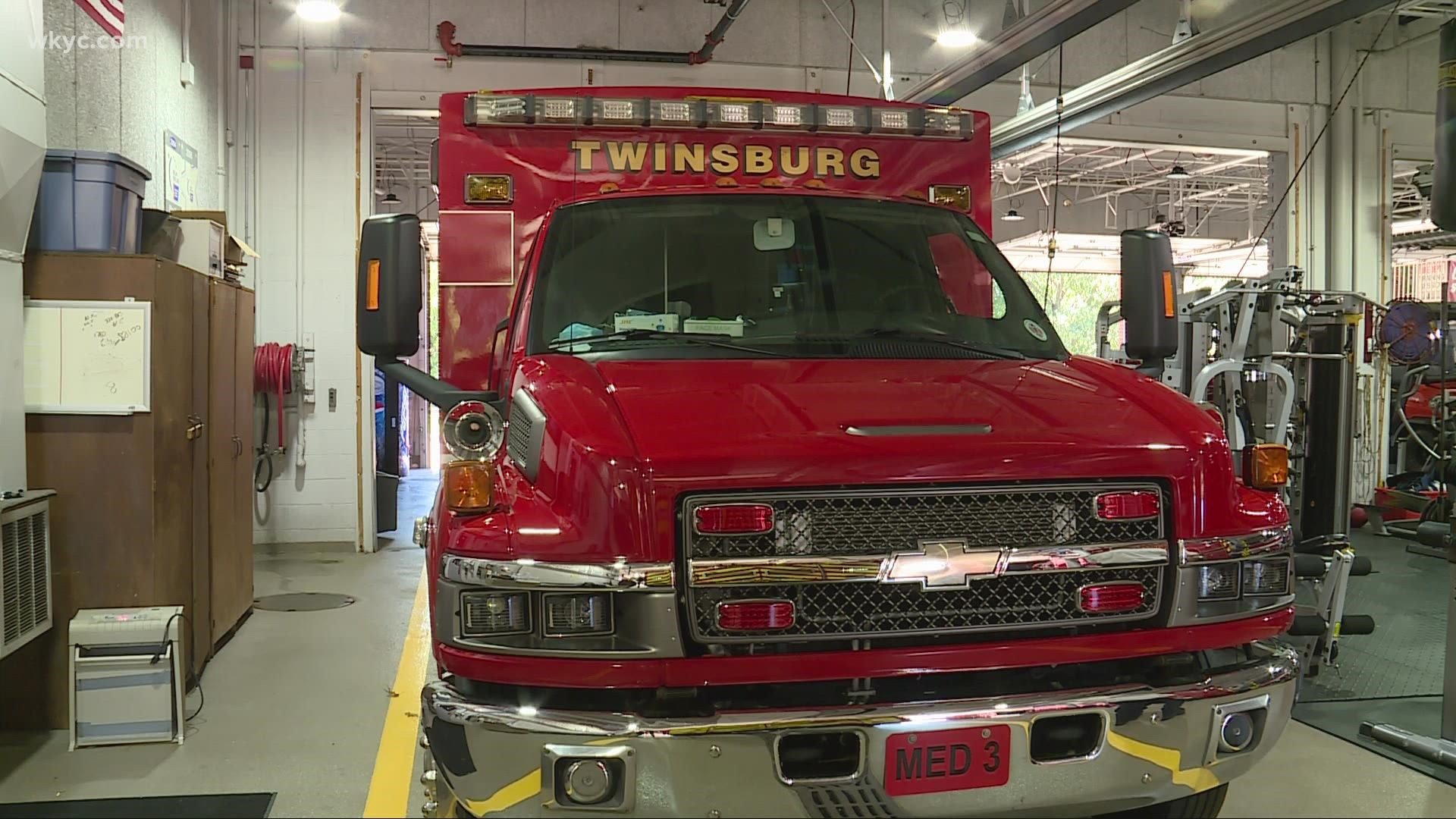 "It's frustrating," Twinsburg Fire Chief Tim Morgan said. "The system is not working the way it's supposed to work."

Morgan — who is also the acting president of the Summit County Fire Chiefs' Association — said his department, along with others in the county, are experiencing longer than normal wait times at hospitals.

"For quite of an extended period of time, there’s been a slower transfer time," he told 3News.

Morgan is worried those delays will cause a "domino effect," leading to an increase in response times to 911 calls.

We don't know if it's going to be a temporary thing or if it's prolonged."

More than half of all Ohioans are now fully vaccinated against the coronavirus (including 54.3% of Summit County residents), but that's still well below the threshold most experts feel is needed to achieve effective herd immunity. As of Wednesday, the state's hospital beds are 80% occupied, with unvaccinated individuals making up the vast majority (96.7%) of COVID hospitalizations since the start of the new year.

Earlier this week, Summa announced its hospital system would be reducing beds by about 20% citing staffing shortages and the surge in patients as a factor. The Summit County Fire Chiefs' Association is working with County Executive Ilene Shapiro to meet with hospitals in the area to discuss how to handle the challenges, according to Morgan.

"There is no simple solution," he said. "As far as making it happen, the easy solution is we need more people, but I don't know where they're coming from or how soon they'll be here."

RELATED: Yes, COVID-19 is the leading cause of death for on-duty law enforcement officers so far in 2021