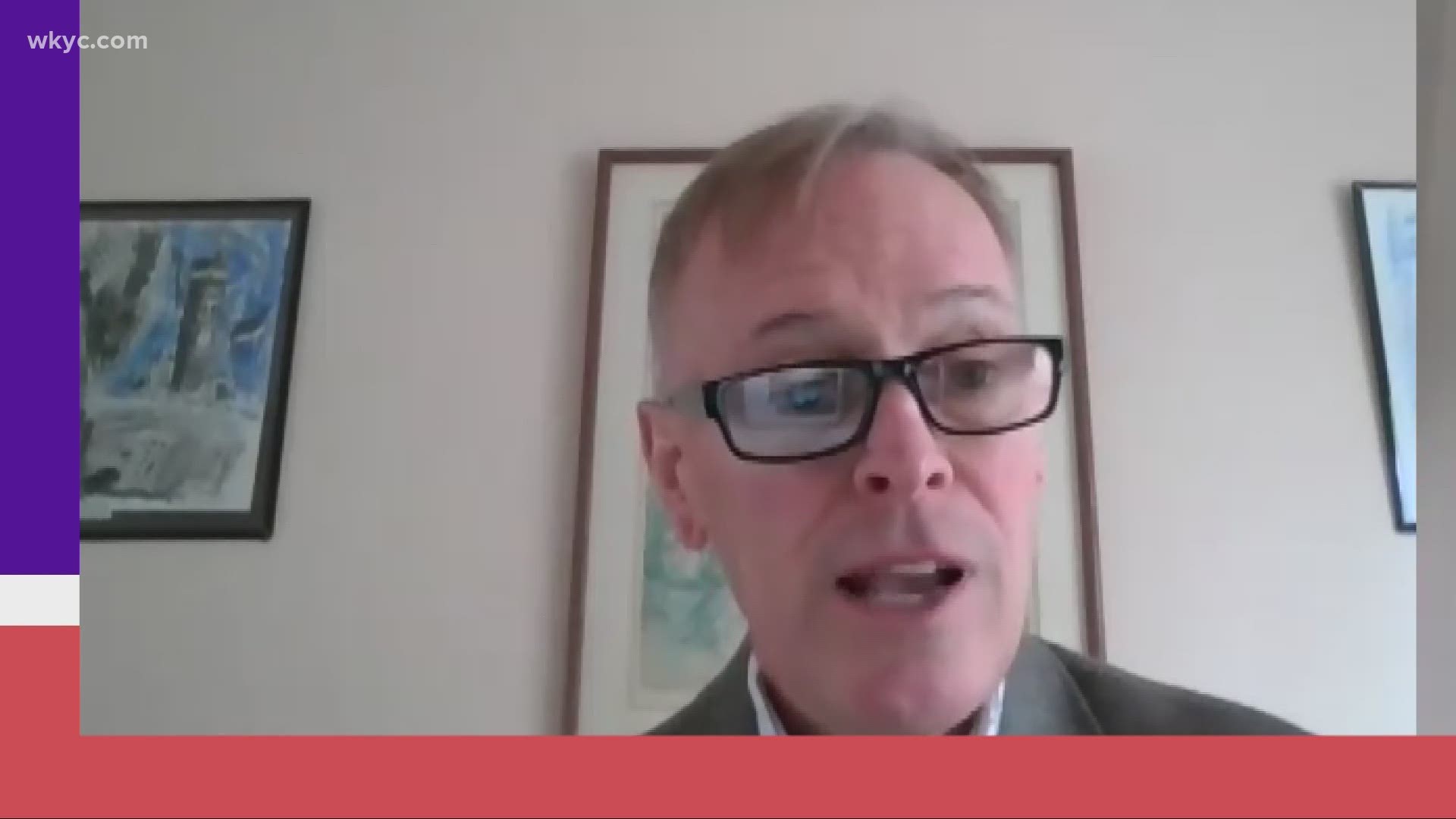 CLEVELAND — The number of coronavirus cases surging to record levels again Thursday will likely add pressure to Gov. Mike DeWine to consider additional measures to contain the spread, such as an expanded mask mandate and limits on some businesses’ hours.

Doing so, however, would place the governor at the intersection of public health, the law and politics, experts say.

“I know the masks are politically fraught,” Amy Fairchild, dean of Ohio State University’s College of Pubic Health, said. “I don’t think we can do it without masks. The evidence on mask is strong and it’s a low-tech solution. It’s a solution that doesn’t place great burden’s on individuals. At the end of the day, as a nation, we have misunderstood that masks are not about the government saying you must do this for your own good. It’s not about the nanny state saying that you must do this for your own good. This is what we call in public health ‘the harm principle.’”

Fairchild also said the state needs to invest more into testing and tracing, which has proven effective at managing the spread of the coronavirus at Ohio State University and other colleges around the country.

“It would be ideal to have more testing,” she said.

In addition, limiting hours of bars and restaurants could also make a difference, she said, noting the city of Columbus’ efforts to do so.

“Limiting hours of bars is one way to go,” she said. “Columbus is doing it. Making last call earlier.”

Mark Brown, a Capital University law professor who’s been involved in cases challenging the state’s earlier health orders, said the governor has limited powers under the law that allows him to quarantine and isolate people who are contagious. He said a lot of his actions fall into a “gray area”

“He may be able to get away with that one - a mask mandate, even though, frankly, there is nothing in Ohio law that gives him that authority,” Brown said. “But there is a pretty good argument that can be made that he can tuck that under his power to regulate health by way of quarantine and isolation.”

“I agree with most of what DeWine has done,” he said. “I think it’s wise. That’s my take. But that doesn’t make it legal.”

The governor hasn’t ruled out imposing new measures to contain the spread of the virus, but in recent weeks he has stressed they are not needed if people wear masks and don’t gather in large groups. He has also acknowledged pressure from fellow Republicans in control of the statehouse who are against any new measures. But DeWine has said he’s not allowing that to influence doing what he believes is right for the Ohio.