How are experts tracking variants of the coronavirus?

Scientists are scanning virus samples taken from infected people to look for mutations, through a process called genome sequencing. 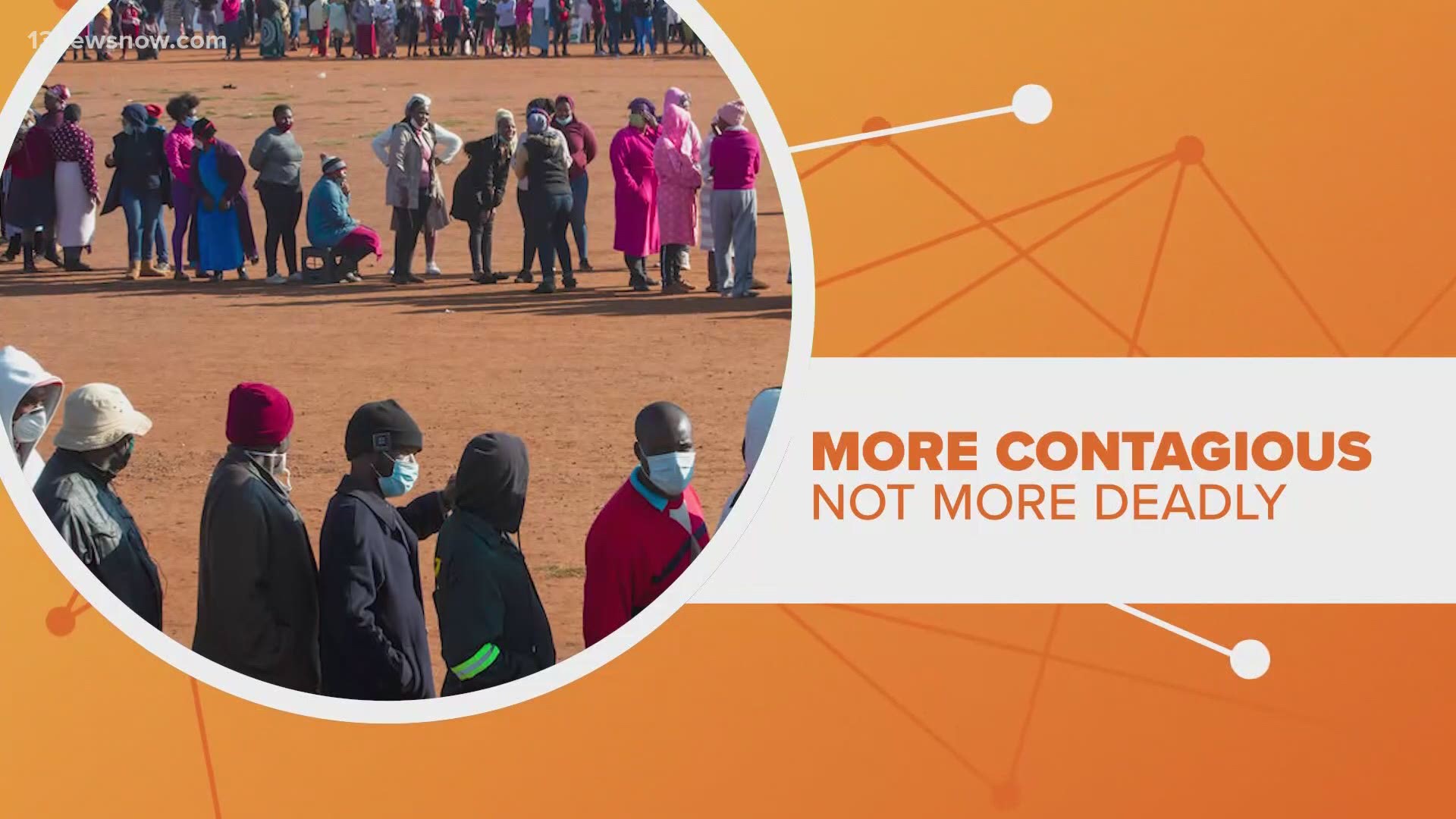 WASHINGTON — How are experts tracking variants of the coronavirus?

Scientists are scanning virus samples taken from infected people to look for mutations, through a process called genome sequencing. It’s the same method researchers have been using for years to study bacteria, plants, animals and humans.

Around the world, researchers have sequenced more than 500,000 genomes of the COVID-19 virus to date.

Viruses can mutate as they make copies of themselves after infecting a person. By sequencing virus samples over time, scientists can look for recurring changes in the genome.

Most mutations are meaningless, but others can make a virus more contagious, deadly or resistant to vaccines and treatment. Health experts are primarily concerned about three variants first detected in the United Kingdom, South Africa and Brazil. They seem to spread more easily and research is underway to see if they cause more serious disease.

Evidence suggests that current vaccines still work against the variants though perhaps not as well against a mutated version that first appeared in South Africa.

Countries vary in their genomic surveillance. Britain, for example, sequences about 10% of specimens positive for the coronavirus, compared to less than 1% in the U.S.

For most people, the coronavirus causes mild or moderate symptoms. For some, especially older adults and people with existing health problems, it can cause more severe illness, including pneumonia and death.

The United States has more than 27 million confirmed cases of COVID-19, according to data from Johns Hopkins University.

As of Thursday, the U.S. had more than 471,000 deaths from the virus. Worldwide, there are more than 107 million confirmed cases with more than 2.3 million deaths.

RELATED: US rushes to catch up in the race to detect mutant viruses

RELATED: How many variants of the coronavirus are there?