'More urban mask wearing is the norm now by far. In many rural counties we are not seeing that.' 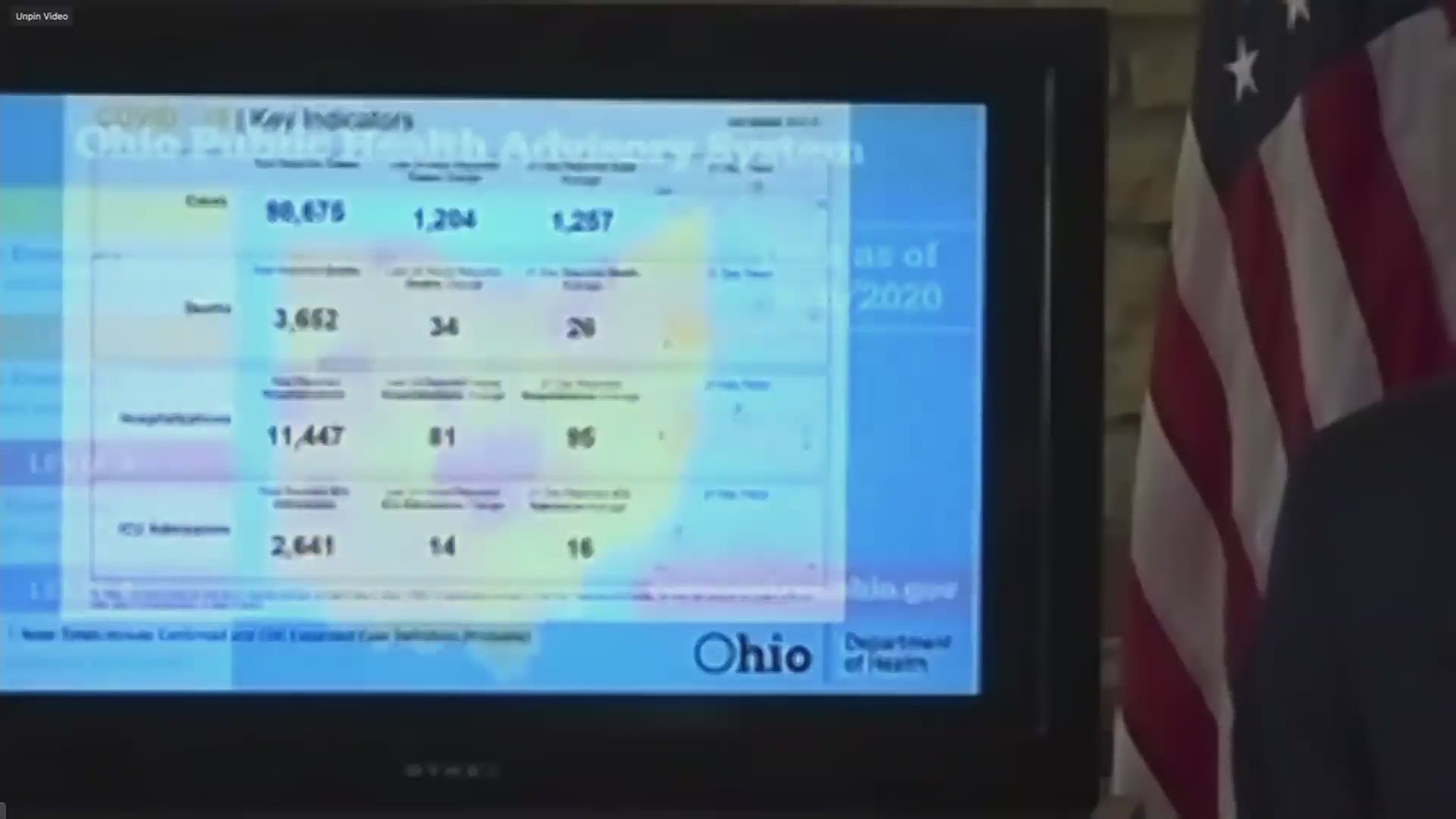 The mostly urban county, which includes Cincinnati, moved from red to orange in the state’s rating system, with 94.93 cases reported per 100,000 residents.

"Hamilton County is a success story," DeWine said. "The battle isn't over yet, however. We need Hamilton County residents—and residents all over Ohio—to continue to wear masks, social distance, stay home when possible, and practice good hand washing so we can continue to see downward trends."

Cuyahoga County is still red, but is also seeing a steady decrease in the number of cases reported. It still exceeds the CDC threshold of 100 cases per 100,000, with 114. Franklin County, which includes Columbus and is the state’s most populous, has a rate of 142.5 cases per 100,000.

Both Hamilton and Cuyahoga are emblematic of a national trend in which urban counties are seeing decreasing rates of transmission, while cases are growing in rural areas. That trend is playing out in many rural Ohio counties, according to DeWine.

"More urban mask wearing is the norm now by far," he said. "In many rural counties we are not seeing that."

The largest percentage increase in cases was in Mercer County (population 41,172), where 108 cases were reported sine July 22 (262.3 per capita). That includes 51 cases traced to one funeral.

Other rural counties in the list of top 10 counties ranked by highest occurrence include Wyandot, Champaign and Darke. Of tthose 10, six have a population under 100,000.

Another rural county, however, proved a success story: Athens County has moved from almost purple all the way down to yellow.

"Local health officials told us that many more people are wearing masks," DeWine said. "They’re encouraging smaller gatherings and limited contact with others. This is very positive news."