COVID-19 vaccine eligibility: When to say 'yes' to a shot out of turn

If a dose becomes available and you're not technically eligible under the rules to receive it, should you get it? 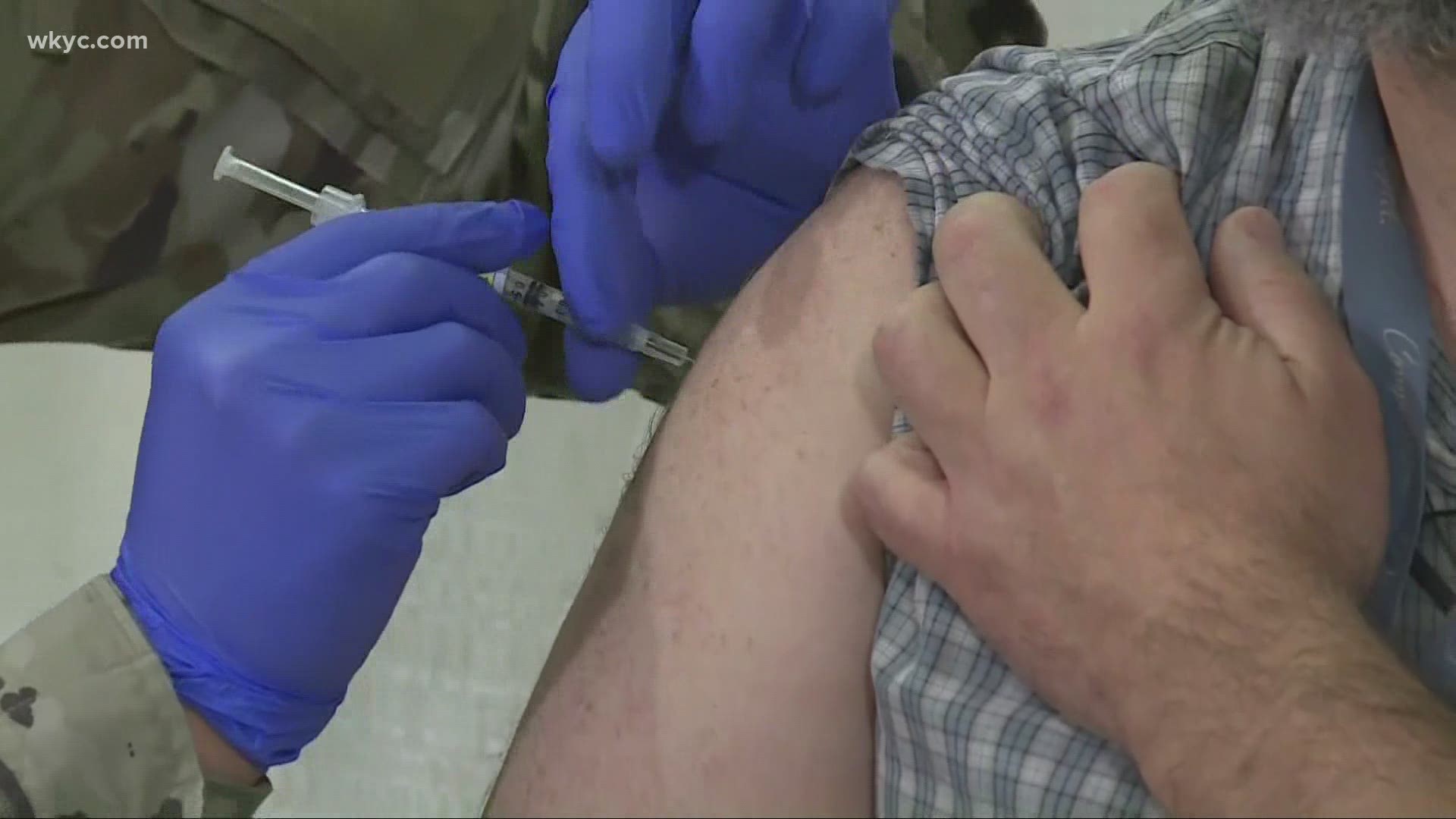 CLEVELAND — There is some much-needed good news on the COVID-19 vaccination front.

On Wednesday, the number of those who have received a vaccine shot in Ohio has passed the number of positive coronavirus cases in the state since the pandemic began.

But the question of who should get the vaccine and when, has led to an ethics debate: If a dose becomes available and you're not technically eligible under the rules to receive it, should you get it?

As much of the nation continues to face vaccine shortages, there are many who are outraged as others seem to get their shots when it's not their turn.

Take 52-year-old Stacey Griffith for example. The SoulCycle instructor who jumped the line in New York by calling herself an educator, then later apologized after receiving backlash.

"As soon as people start to think, 'I don't have the same chance as someone else or someone's sneaking ahead of me,' support for the whole idea of orderly rationing collapses," says Dr. Arthur Caplan, a medical ethicist at the NYU School of Medicine.

Cheating the system to get ahead is certainly frowned upon, but there are circumstances where a person who doesn't meet eligibility requirements should say 'yes' to getting their shots early.

Dr. Mark Aluisio, a bioethics expert for Case Western Reserve University and MetroHealth, described a situation in Oregon where doses would have gone to waste when a vaccination team got stuck in a snowstorm.

"In these emergent situations where you're actually going to waste a dose of what is a precious resource right now, we are obliged, I would argue, to say yes," he says.

While the situation isn't that extreme in most cases, experts agree that no dose should go to waste, as sites sometimes have extra doses for various reasons.

"You should say yes. Because ultimately, we need many vaccines in the arms of people as quickly as we can," adds Dr. Aluisio.

It's a daunting process, but Ohio is making progress. We found out on Wednesday that the number of people who have gotten the first dose of the vaccine surpassed the total number of positive cases in the state.

"The number of people who are being vaccinated has really accelerated over the last couple of weeks. Meanwhile, the number of cases that are being reported is slowing down," says Emily Campbell, Associate Director for the Center for Community Solutions. "As more and more Ohioans are vaccinated, we start to inch ever closer to an end to the pandemic."

Dr. Aluisio says he understands some people may feel uncomfortable about getting the vaccine, knowing others may need it more than they do. But he says the public health policy is defendable and every person who receives the vaccine is helping society as a whole.