What's the difference between booster and 'additional' shots?

Medical experts may soon get the go ahead to recommend booster shots of the COVID19 vaccine. 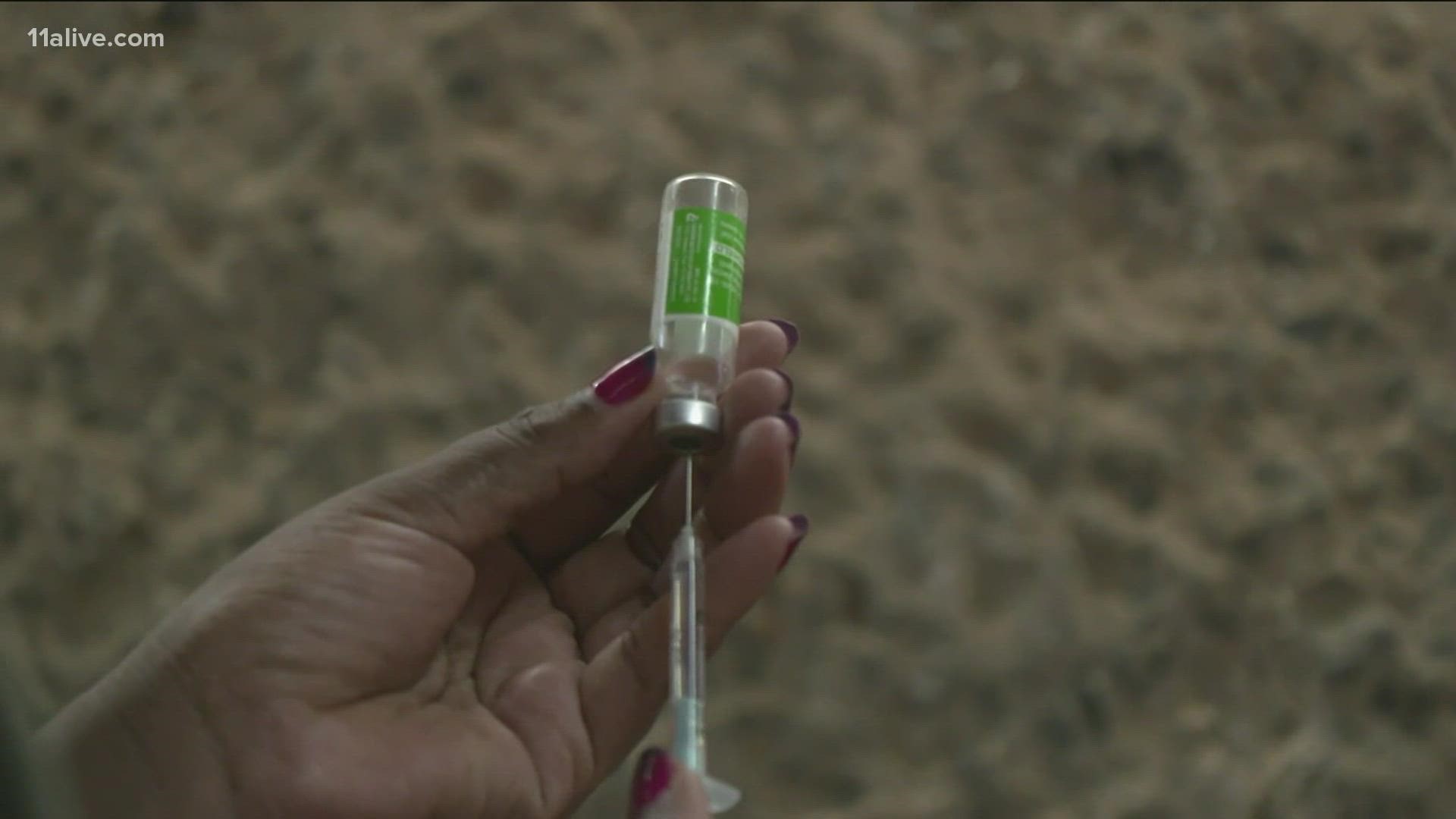 ATLANTA — Changing guidance from medical experts could soon mean everyone will be eligible for a third dose of the COVID19 vaccine.

Just a day after immunocompromised people were approved for a third shot, news circulated of a soon-to-be-announced booster.

"I have MS and numerous heart and breathing problems, all associated with MS," said Koehler. "I decided to get it and I told the doctor at Piedmont Mountainside Hospital I was gonna get it when I was there from the health care clinic and he just smiled from ear to ear and he said 'you go girl.'"

Let's take a quick moment to explain the difference between the booster shot and the additional dose for those with weakened immune systems.

When a third shot of the COVID vaccine is given to a person with a weakened immune system, it's just called an additional shot

But when that extra shot's given to a person with a healthy immune system, then it's called a booster shot.

While a booster would give folks with healthy immune systems longer-lasting protection, as data suggest the effectiveness of the vaccine can dip slightly over a lengthy period.

What one woman is saying

Semantics aside, Koehler said she's feeling fine after getting her third shot on Monday.

"I feel a little safer going out in public. I just want to be able to get out and enjoy the area again," said Koehler with a smile.

If another shot is to be recommended for everyone, the plan is to have people who received their second dose of Pfizer or Moderna, to get a booster eight months later.

The Johnson and Johnson vaccine has not been approved for any additional shots.