The university ordered 2,000 Johnson & Johnson vaccine doses. The clinic is open to on-campus students only until Monday. 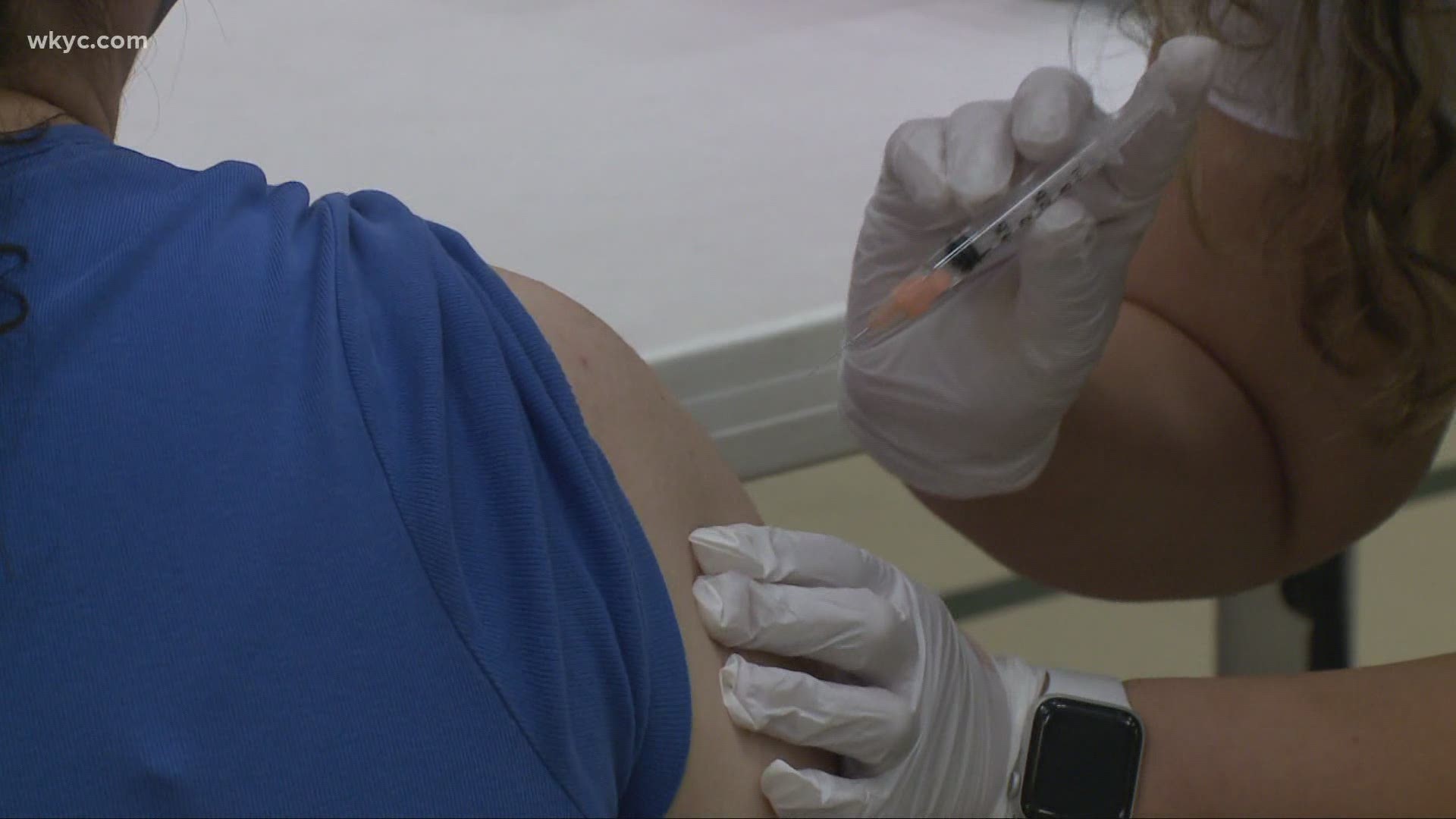 BEREA, Ohio — There's a big push to vaccinate Ohio's college students for COVID-19. It's part of the state's effort to get shots to all students who want one -- and easy access to vaccines is making an impact.

Getting a vaccine really is as easy as one, two, three at Baldwin Wallace University.

What is now its mass vaccine clinic was once BWU’s gymnasium. It’s been split into two sides: On one side, there are vaccination stations with up 10 spots that can be in use at once. The other side of the gym is made up of chairs where students sit for just a few minutes after receiving their shots to ensure no serious problems arise.

Before the clinic opened, Smith said she was much more reluctant to get her vaccine.

“I was really on the fence about it for a really long time, but the opportunity came so close and so simple, so I was like well it's a sign."

For other Northeast Ohio students who may still feel that way, the school is not mandating vaccines. BWU officials ordered 2,000 doses of the Johnson & Johnson vaccines for whoever simply wants to get the shot.

“It looks like we'll get close to that but probably end up returning some of the vaccines to it,” Dan Karl with BWU said.

Smith’s hesitation has subsided and now thinks clinics like BWU’s should be open to more people.

“I preach so much about being a good person and helping others and I felt that I should do it,” Smith said. “I think they should make it available to everyone in the community."

BWU’s vaccination clinic is for students only. Vaccines are not available for faculty or the general public.

The university does not know if it will receive more shipments to do this again in the future.

Meantime, the clinic will be open until Monday.