Ohio’s COVID-19 vaccine rollout has received both praise and criticism from its citizens. 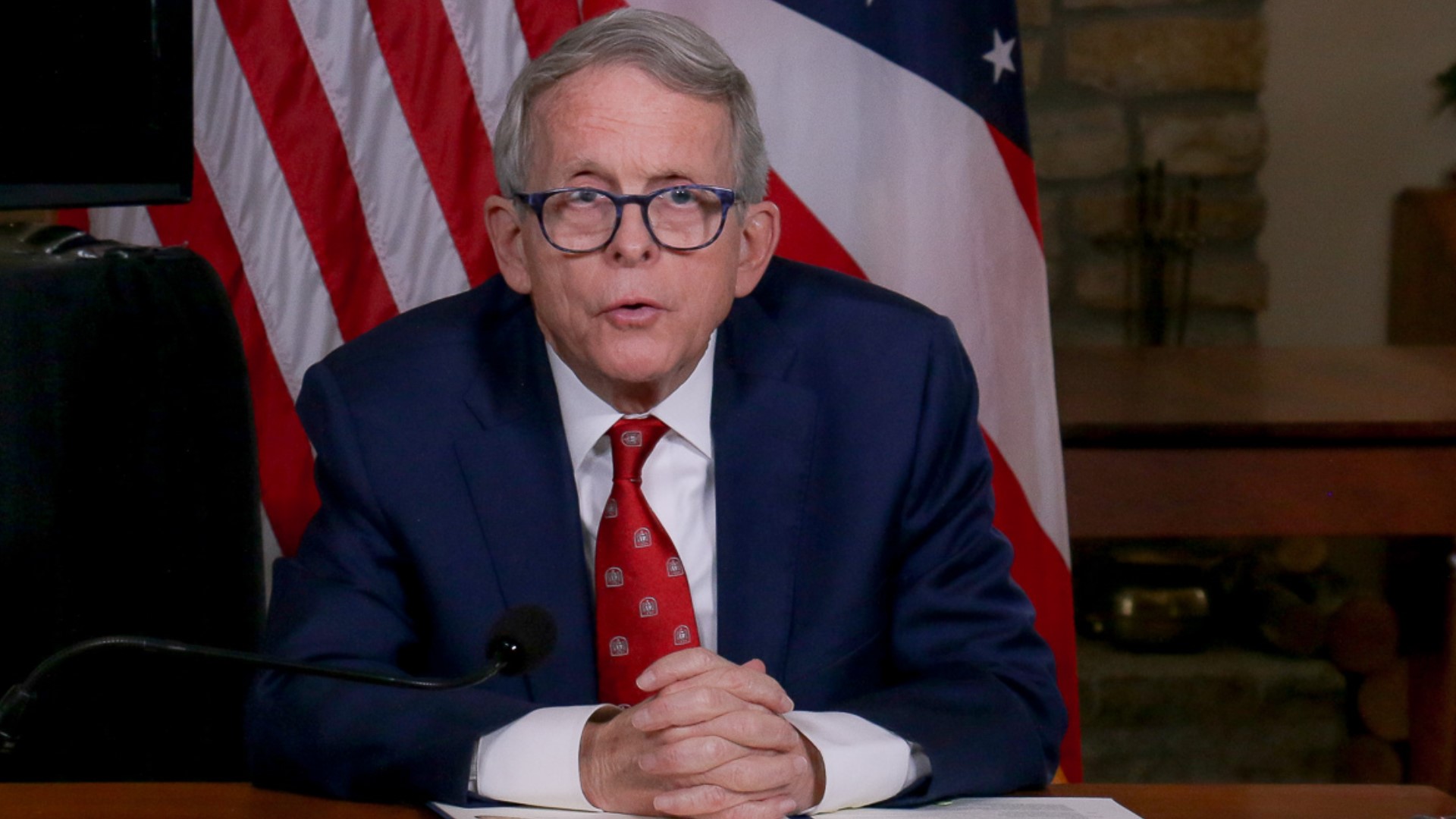 During a one-on-one interview with 10 Investigates, Ohio Governor Mike DeWine defended his administration’s targeted approach to vaccinating Ohio’s most vulnerable citizens; discussed why it’s important to vaccinate the elderly and talked about what’s next for the vaccine rollout in Ohio.

His office also disputed the reporting of standardized data from Centers for Disease Control and Prevention data showing that Ohio trails other states when it comes to shots in arms.

“These decisions are not made in a vacuum. It's not - should we vaccinate this group or that group. Yeah, I wish to vaccinate everybody; we intend to vaccinate everybody. The question is when you have a limited amount of vaccine, you know, who do you, who do you start with? And who do you focus on? And what we've done is follow the data, follow the statistics, and we know who the most vulnerable people are statistically in our society and we've got to get them vaccinated,” said Governor Mike DeWine.

Healthcare workers, those age 65 and up, those with developmental or congenital disabilities – and more recently - teachers have all been among those receiving the vaccine.

The state’s own data shows that 47 percent of all COVID deaths in Ohio have been tied to long-term care facilities.

Similarly, those age 70 and up make up 78 percent of all COVID deaths in Ohio, according to a 10 Investigates’ review of data from the Ohio Department of Health coronavirus website.

Governor DeWine also pointed out during our interview that Ohio is ranked fifth nationally when it comes to providing shots to those in long-term care facilities, according to the Centers for Disease Control and Prevention. (Ohio does have a high nursing home population compared to other states and that CDC data was not standardized to account for population differences in the facilities).

“If you look at the data we're doing okay; we're doing well,” Dewine said. “We're focusing on the most population that is the most vulnerable population. And I will not back up from doing that.”

But the governor’s office doesn’t agree with all the data.
According to the Centers for Disease Control and Prevention’s COVID vaccine tracker, Ohio trails 38 other states and U.S. territories when it comes to putting shots in arms when looking at the standardized rate of shots administered per 100,000.

“Yeah, first of all, those data is really not right. Let me start with basically congregate care settings, assisted living nursing homes. You know we're fifth in the nation in getting shots in arms with people who are the most vulnerable people,” DeWine said.

According to the CDC data, Ohio does rank high nationally among state vaccinating people in nursing homes. But as noted above, that dataset does not provide a standardized metric to account for differing populations in those states.

A governor’s spokesman called 10 Investigates a day after our interview this week, disputing the reporting of a standardized rate in showing that Ohio is trailing other states.

The governor’s office’s contention is that most states are statistically bunched together when it comes to putting out the vaccine – and those appearing to outperform Ohio have fewer nursing homes and smaller populations, the spokesman said.

Ohio’s rollout has received both praise and criticism from its citizens.

For some, Ohio’s rollout has been an easy experience. 10 Investigates interviewed seniors who told us they were elated to have received the vaccine and had no trouble getting it.

Emilie Miller was among them.

“It’s been a pretty crappy year,” Miller told 10 Investigates. “So I've had some health problems and that's the reason why I particularly wanted to get it. And I want to have a life again…”

But Ohio’s vaccine rollout has also had its hurdles.

Seniors, teachers and those with developmental disabilities have complained about the difficulty making appointments with private providers.

“And when you go to the website, you get that there is no openings that the vaccine registration is currently closed. And it's just a cycle,” said Maria Griffin, a 70-year old Columbus resident who is also a caregiver for an adult with developmental disabilities.

A day after our interview in late January, Griffin told 10 Investigates she and the person she cares for were able to get the COVID-19 vaccine, but not before getting appointments canceled and dealing with bureaucratic headaches of trying to prove they were eligible for the shot in the 1B group.

Ohio has also seen vaccine wasted – including nearly 900 doses that were mishandled. The provider, Specialty Rx, has since been suspended and the board of pharmacy is investigating.

The Ohio Department of Health says on average the state receives about 168,000 doses per week. Those doses are then sent to 2,900 different providers – but those providers don’t always get a shipment. It can vary depending on the week and area, according to an ODH spokeswoman. Still, the state is encouraging those providers not to preserve or set aside doses and to use what is provided.

Governor DeWine recently announced that after the age group of 65 and up becomes eligible on Feb. 8, the state plans to pause and not lower the age groups of eligible recipients for the time being. Part of that math stems from Ohio’s approach – to still target the most vulnerable.

DeWine told 10 Investigates that the state is working on introducing an online portal within the next two weeks to help stream the logistical headaches of trying to book an appointment with private providers in order to get the vaccine.

He also said he was encouraged that Pfizer and Moderna could up production in the coming weeks and there is the added potential that Johnson & Johnson’s vaccine and AstraZeneca could also enter the market.

When asked if he would give Ohio’s vaccine rollout a letter grade, DeWine said:

“Look, I don't, I don't grade ourselves, but people, people will grade me. They grade me every day, and I understand that. That's fair. I'm elected official, I'm the guy at the top and the buck stops with me so they can, they can grade me,” he said. ”You know, I think it's important for people to understand what we're trying to do. We're trying to put vaccine out in every neighborhood, and we're trying to make it so that people who are underserved people - maybe who don't have access to medical care that other people have. We're doing everything we can to make sure they get it.”

Vaccine Tracking: All this week on 10TV News