What is the difference between 'emergency-use authorization' and full FDA approval for COVID-19 vaccines?

For instance, businesses will be able to legally require employees be vaccinated once the FDA gives its full approval. 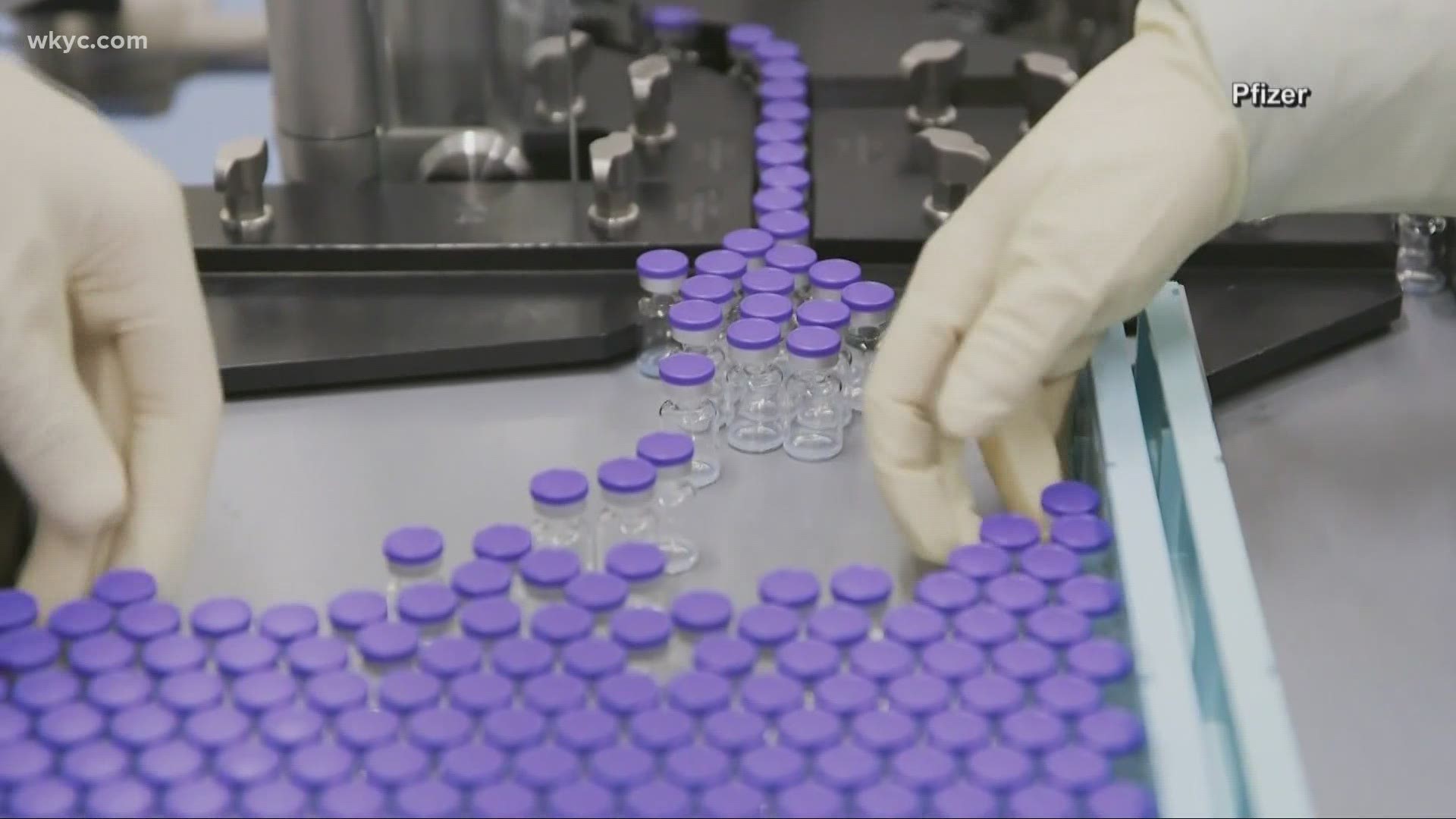 CLEVELAND — So far only one vaccine maker has submitted for full approval from the Food and Drug Administration (FDA), but the other two are not far behind. But the question many are wondering is what's the difference between Emergency Use Authorization (EUA), which they have now, and full FDA approval?

Emergency Use Authorization is basically a shortcut for a crisis. And according to the FDA, the COVID-19 pandemic fit the bill.  An EUA can be given if there are no adequate or approved alternatives. But they still have to prove safety and they had about three months worth of data with thousands of study particpants before they received the EUA.

Approval takes longer. They need at least six solid months of data and then it will take at least another six months for the FDA to review it all.  So if the Pfizer Biontech vaccine gets approved it would happen later this year.

"The only difference really between the emergency use and the licensure is that volunteers are observed for a longer period of time to see the duration of protection, and if there might be rare adverse events that occurred down the road," explains Dr. William Schaffner from Vanderbilt University.

So what would change?

Approval might raise public confidence and then Pfizer can market directly to consumers, according to the New York Times.

Legally, businesses will be able require employees be vaccinated.

Once the pandemic is no longer considered an emergency, only fully-approved products can stay on the market. That's not good for those vaccines still in development. They'll have to prove they work against stronger variants or better in certain populations at the very least.

And if Pfizer gets approved, it's only for those 16 and up.  Approval for younger kids will take even longer.

Now that millions of people have been vaccinated, these manufacturers will have even more data to back up what they need to apply for FDA approval.  At this time, the only COVID drug approved by the FDA is Remdesivir, but vaccine approval will be likely.

Meanwhile a study by The Center for Community Solutions found that 26% of Ohioans were not interested in getting the vaccine back in January.  That number dropped to 20% in a March survey.  However, close to a third of Black and Hispanic people still have no interest in getting the vaccine. One reason for hesitancy is many don't have paid time off if they have side effects.