US panel backs COVID-19 boosters only for elderly, high-risk

The vote was a major blow to President Joe Biden's plans to administer COVID booster shots to Americans. 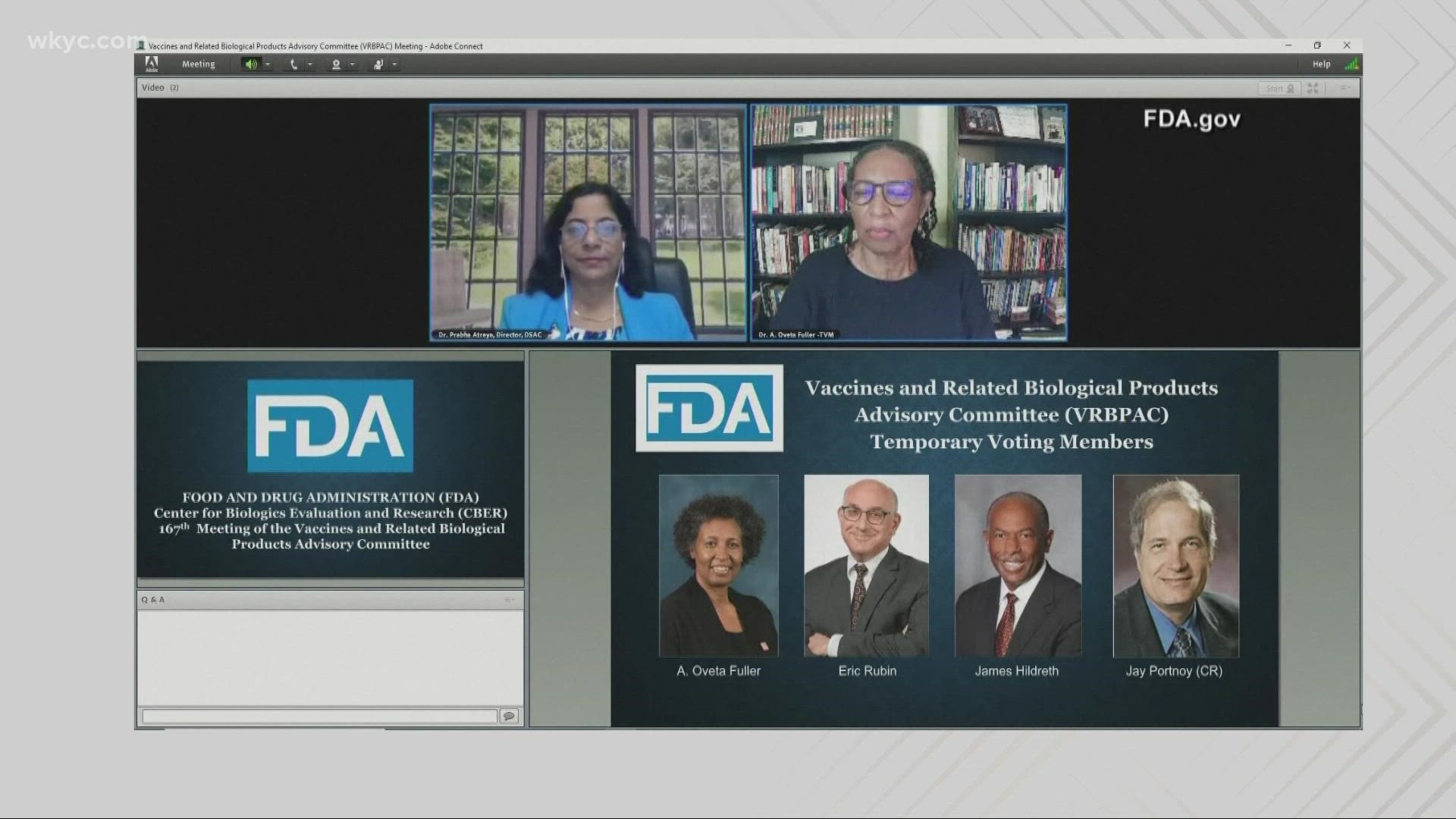 WASHINGTON — Dealing the White House a stinging setback, a government advisory panel overwhelmingly rejected a plan Friday to give Pfizer COVID-19 booster shots across the board, and instead endorsed the extra vaccine dose only for those who are 65 or older or run a high risk of severe disease.

The twin votes represented a heavy blow to the Biden administration's sweeping effort, announced a month ago, to shore up nearly all Americans' protection amid the spread of the highly contagious delta variant.

The nonbinding recommendation — from an influential committee of outside experts who advise the Food and Drug Administration — is not the last word. The FDA will consider the group’s advice and make its own decision, probably within days. And the Centers for Disease Control and Prevention is set to weigh in next week.

In a surprising turn, the advisory panel rejected, 16-2, boosters for almost everyone. Members cited a lack of safety data on extra doses and also raised doubts about the value of mass boosters, rather than ones targeted to specific groups.

Then, in an 18-0 vote, it endorsed extra shots for people 65 and older and those at risk of serious disease. Panel members also agreed that health workers and others who run a high risk of being exposed to the virus on the job should get boosters, too.

That would help salvage part of the White House's campaign but would still be a huge step back from the far-reaching proposal to offer third shots of both the Pfizer and Moderna vaccines to Americans eight months after they get their second dose.

The White House sought to frame the action as progress.

“Today was an important step forward in providing better protection to Americans from COVID-19," said White House spokesman Kevin Munoz. "We stand ready to provide booster shots to eligible Americans once the process concludes at the end of next week.”

The CDC has said it is considering boosters for older people, nursing home residents and front-line health care workers, rather than all adults.

The FDA and CDC will most likely decide at some later point whether people who received the Moderna or J&J shots should get boosters.

During several hours of vigorous debate Friday, members of the panel questioned the value of offering boosters to almost everybody 16 and over.

“I don’t think a booster dose is going to significantly contribute to controlling the pandemic,” said Dr. Cody Meissner of Tufts University. “And I think it’s important that the main message we transmit is that we’ve got to get everyone two doses.”

Dr. Amanda Cohn of the CDC said: "At this moment it is clear that the unvaccinated are driving transmission in the United States.”

Scientists inside and outside the government have been divided recently over the need for boosters and who should get them, and the World Health Organization has strongly objected to rich nations giving a third round of shots when poor countries don’t have enough vaccine for their first.

While research suggests immunity levels in those who have been vaccinated wane over time and boosters can reverse that, the Pfizer vaccine is still highly protective against severe illness and death, even amid the delta variant.

The unexpected turn of events could reinforce criticism that the Biden administration got out ahead of the science in its push for boosters. President Joe Biden promised early on that his administration would “follow the science,” in the wake of disclosures of political meddling in the Trump administration’s coronavirus response.

The FDA panel's overwhelming initial rejection came despite full-throated arguments about the need for boosters from both Pfizer and health officials from Israel, which began offering boosters to its citizens in July.

Sharon Alroy-Preis of Israel’s Ministry of Health said the booster dose improves protection tenfold against infection in people 60 and older.

“It’s like a fresh vaccine,” bringing protection back to original levels and helping Israel “dampen severe cases in the fourth wave,” she said.

Representatives for Pfizer argued that it is important to start shoring up immunity before protection begins to erode. A company study of 44,000 people showed effectiveness against symptomatic COVID-19 was 96% two months after the second dose, but had dropped to 84% by around six months.

Both Pfizer and the Israeli representatives faced pushback from panelists. Several were skeptical about the relevance of Israel’s experience to the U.S. Another concern was whether third doses would exacerbate serious side effects, including rare instances of heart inflammation in younger men.

Pfizer pointed to Israeli data from nearly 3 million boosters to suggest side effect rates would be similar to those already reported.

Dr. Paul Offit, a vaccine expert at Children’s Hospital of Philadelphia, said he was supportive of a third dose for adults over 60 or 65, but “I really have trouble” supporting it for anyone down to age 16.

While an extra shot would probably at least temporarily reduce cases with mild or no symptoms, “the question becomes what will be the impact of that on the arc of the pandemic, which may not be all that much,” Offit said.

Biden’s top health advisers, including the heads of the FDA and CDC, first announced plans for widespread booster shots in mid-August, setting the week of Sept. 20 as an all-but-certain start date. But that was before FDA staff scientists had completed their own assessments of the data.

Earlier this week, two top FDA vaccine reviewers joined a group of international scientists in publishing an editorial rejecting the need for boosters in healthy people. The scientists said studies show the shots are working well.

Credit: AP
A syringe is prepared with the Pfizer COVID-19 vaccine at a clinic at the Reading Area Community College in Reading, Pa., Tuesday, Sept. 14, 2021. (AP Photo/Matt Rourke)

On Friday, U.S. Surgeon General Dr. Vivek Murthy said that the Biden administration announcement was not aimed at pressuring regulators to act but was instead an attempt to be transparent with the public and be prepared in the event that boosters won approval.

“We have always said that this initial plan would be contingent on the FDA and the CDC’s independent evaluation,” Murthy said.

The Biden plan has also raised major ethical concerns about impoverished parts of the world still clamoring for vaccine. But the administration argued that the plan was not an us-or-them choice, noting that the U.S. is supplying large quantities of vaccine to the rest of the globe.

The U.S. has already approved Pfizer and Moderna boosters for certain people with weakened immune systems, such as cancer patients and transplant recipients.

Some Americans, healthy or not, have managed to get boosters, in some cases simply by showing up and asking for a shot. And some health systems already are offering extra doses to high-risk people. 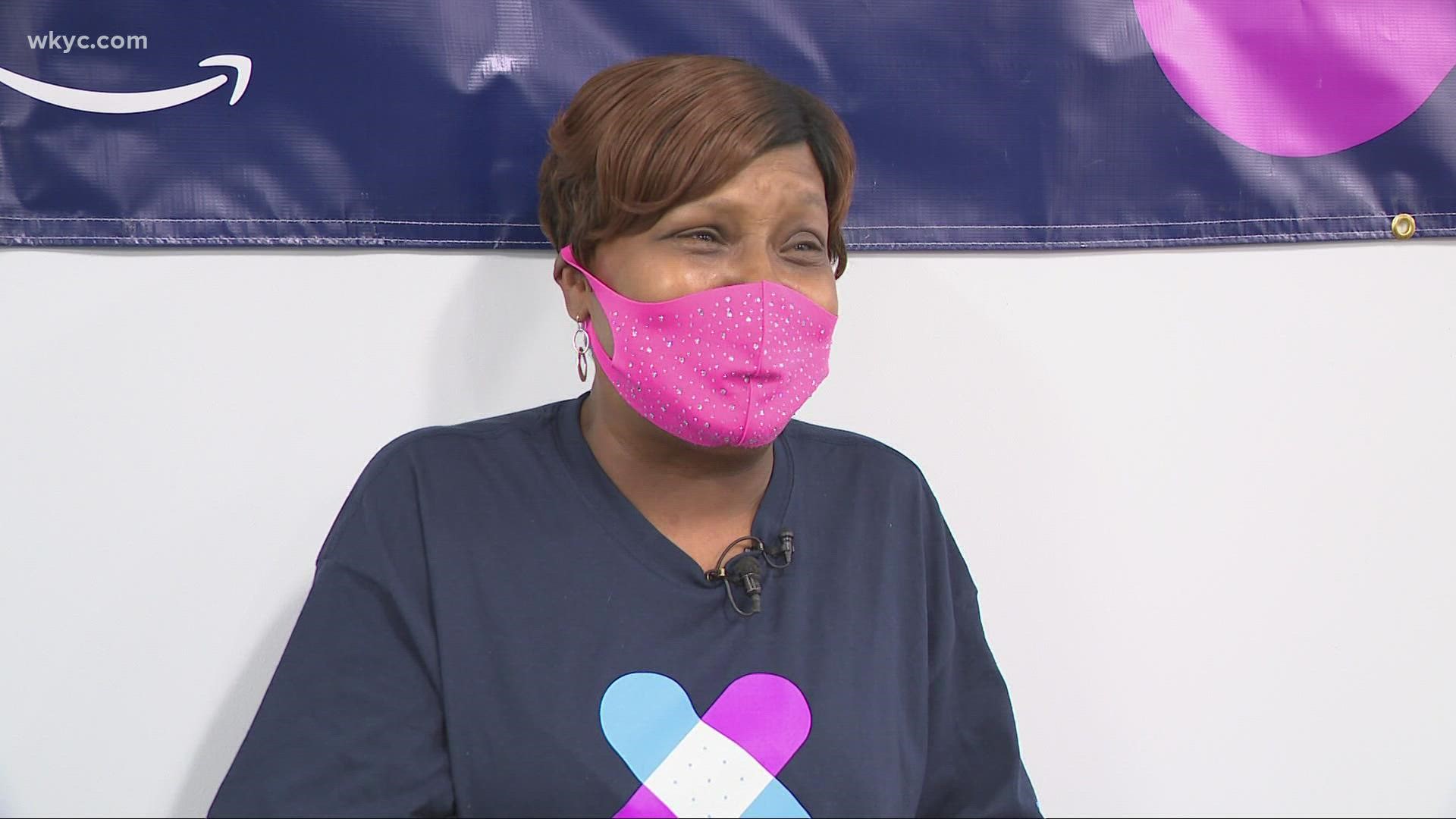