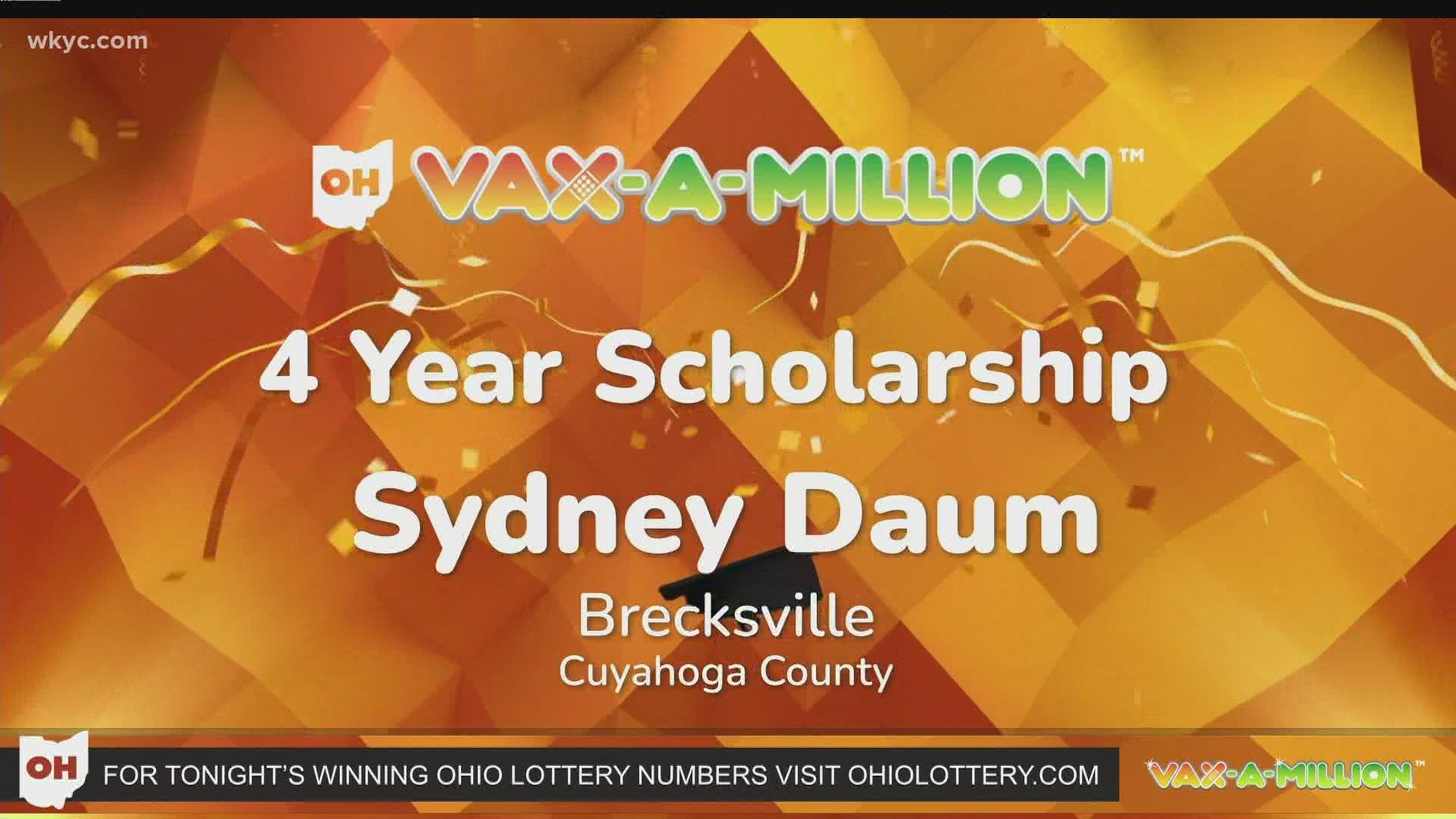 COLUMBUS, Ohio — They say all good things must come to an end.

Wednesday night, the Ohio Lottery conducted its fifth and final set of drawings in the Vax-a-Million sweepstakes. The last million dollar prize winner is Esperanza Diaz of Cincinnati, while Sydney Daum of Brecksville won a full-ride scholarship including four years tuition, books, and room and board at an Ohio public university or college.

“The Vax-a-Million promotion was a resounding success for Ohio, with major increases in vaccinations in the first two weeks of the promotion,” said Governor Mike DeWine in a statement. “The even better news is we have more Ohioans protected from COVID through the power of the vaccine. I continue to urge Ohioans to get vaccinated to protect themselves and their loved ones from this deadly virus.”

DeWine first announced the Vax-a-Million program in May, allowing anyone who had received at least one dose of the COVID-19 vaccine to sign up. More than 5.5 million Ohioans have received at least one dose of a COVID-19 vaccine, with more than 565,000 Ohioans beginning the vaccination process since the day after DeWine’s announcement of the Vax-a-Million.

The effort was designed as an incentive to help boost declining coronavirus vaccination numbers, and while it did work in the initial days and weeks, those statistics have since tapered off again.

Wednesday's winners were selected in the drawing conducted by the Ohio Lottery and overseen by the Ohio Auditor of State on Monday, June 21, 2021.

According to the state, 3,469,542 Ohioans entered the drawing to win $1 million prize, and 154,889 Ohioans age 12 to 17 entered to the drawing for a college scholarship. The number of entries in both groups increased from the previous week with 41,028 additional adult entries and 4,702 additional student entries.

Here's how the drawing worked: Each person who enters is assigned a unique number. A computer then randomly picks one of those numbers approximately 48 hours before the winning name is announced. The reason the drawing isn't held live is so state officials have time to verify the winner's information -- including proof of vaccination -- before revealing the results.

RELATED: Vaccine incentives continue popping up all over Ohio