Ethan Lindenberger shot into the national spotlight in 2019, and testified before a U.S. Senate hearing on vaccine misinformation 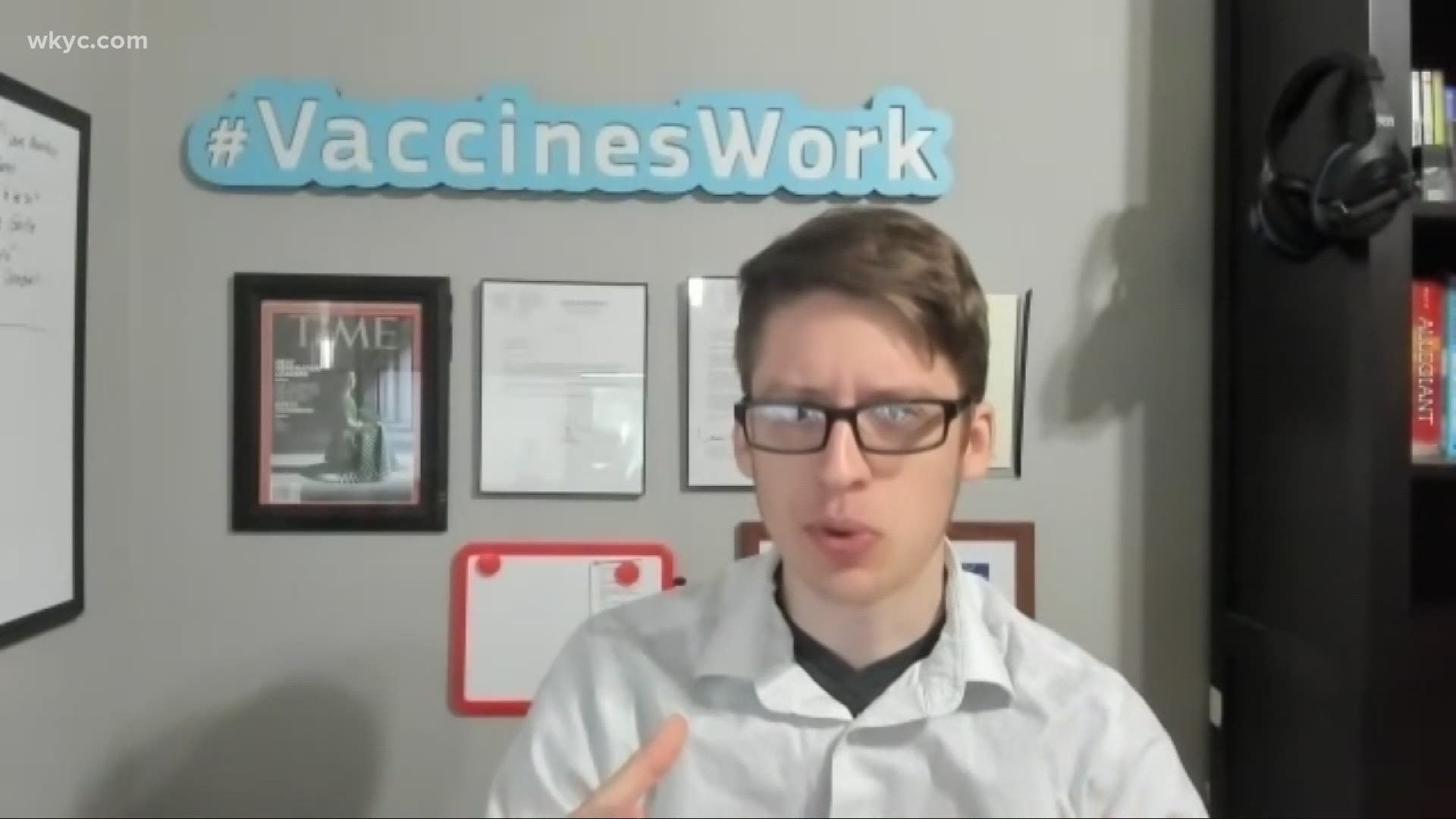 NORWALK, Ohio — A former Norwalk teen who gained national attention in 2019 for defying his mother's anti-vaccine wishes, is joining the effort to fight vaccine hesitancy among Generation Z.

Ethan Lindenberger, 20, was 18 when he posted on Reddit that he had never been vaccinated because his mother believed that vaccines are dangerous. He wound up getting his shots over his mother’s objections and later testified before a Senate committee about how misinformation that appears on Facebook, Twitter and other social media fuels the anti-vaccination movement.

Doing so brought him both widespread praise from some but scorn and even death threats from the movement's supporters.

Lindenberger spoke out as a nationwide push is on to get as many teenagers as possible vaccinated now that everyone over 12 is eligible to receive the Pfizer-BioNTech vaccinations.

"I think with Gen Z, you're seeing a lot of political movements and mobilization -- people becoming more politically educated, and agitated in some ways," Lindenberger explained. "We're seeing that trust in the government has gone down."

There are 25 million children ages 12 to 17, according to Census Bureau data compiled and analyzed by the Annie E. Casey Foundation. And while the rates of death or serious disease from COVID-19 are lower in children than in adults, public health experts have said getting this population vaccinated is a critically important step toward completely reopening the country’s schools and the economy.

Generation Z refers to people who were born roughly between 1997 and 2012. At the beginning of the pandemic, these "Zoomers" were more eager than any other age group to get the vaccine. An NBC/Morning Consult poll in 2020 found that only 5-percent of young adults were planning to skip the vaccine. But one year later, that number jumped to 26-percent in 2021.

Lindenberger believes that vaccine incentives can help, but said the government should tailor its vaccination message to young adults by using their peers. "Recruiting the young people into the advocacy world would be more effective," he continued, explaining that White House Chief Medical Adviser Dr. Anthony Fauci delivers a strong message, "but when a younger person says the same message, it might be like, 'Oh, maybe I should take this seriously.'"