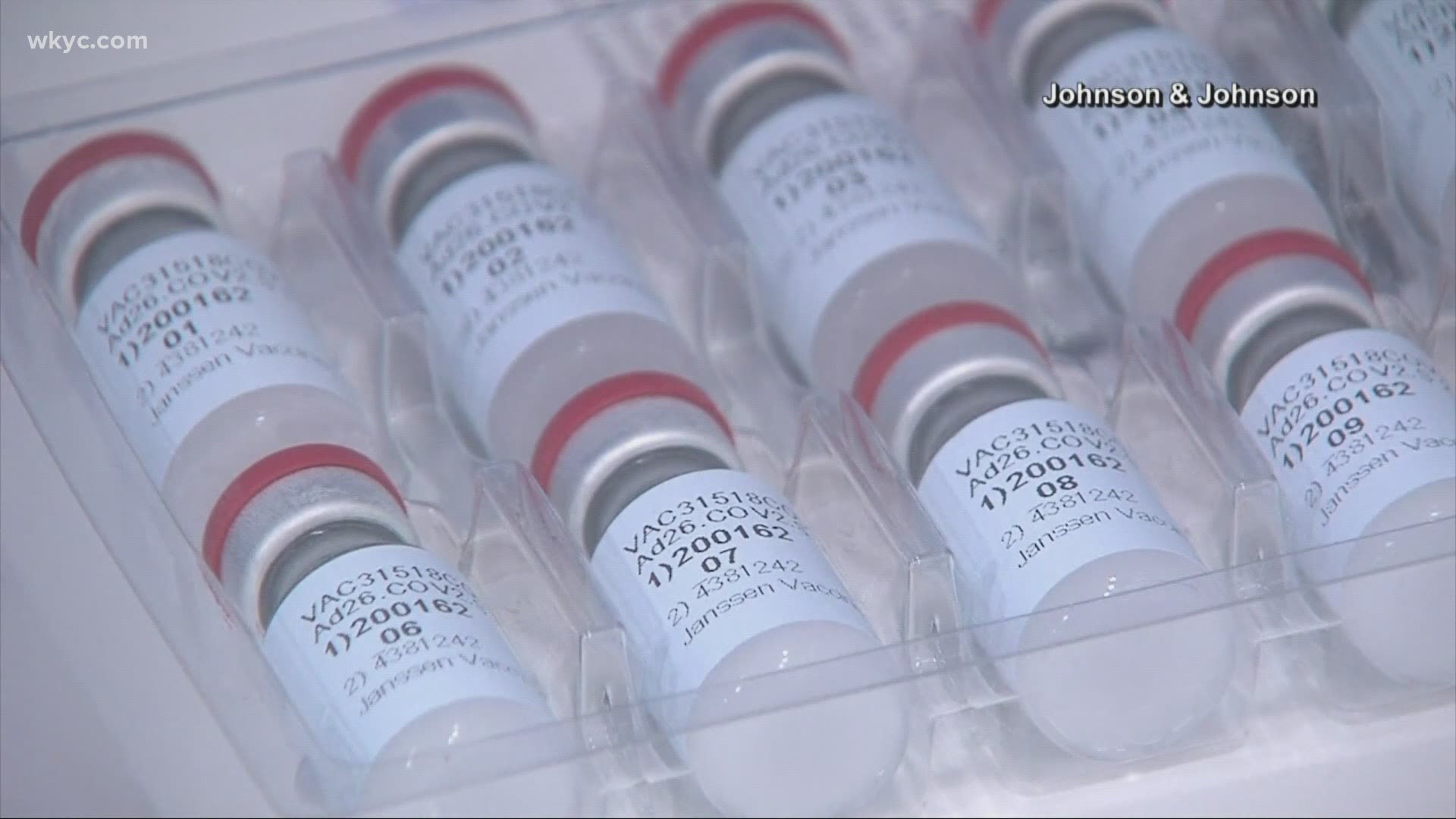 CLEVELAND — Johnson & Johnson has announced that it will seek approval from the FDA for its COVID-19 vaccine as early as next week.

There are some benefits to the Johnson & Johnson vaccine. First, it's only a one-shot deal. Second, it's made using adenovirus, a tried and true vaccine method and it doesn't require those ultracold temperatures like Pfizer and Moderna.

The drawback? Studies show it's 72% effective in the U.S. and even less effective against the South African COVID variant.

Let's put that in perspective: According to the CDC, The best effective flu shot we've had was 60% a decade ago. Some seasons, we only had 20% protection, and it still made a difference.

And remember, the FDA's cutoff for vaccine effectiveness is 50%, meaning Johnson & Johnson definitely meets that parameter.

"The way we have to think about this right now if we're going to implement vaccination on a mass scale, the more choices we have, the better off things would be," says Dr. Abhi Duggal of Cleveland Clinic.

If the FDA grants Johnson & Johnson an Emergency Use Authorization, the vaccine may be available by early March, giving us another weapon against the coronavirus.

Another bonus, it's not as fragile as the others.

"Ease of transportation, ease of storage and that is something that comes into play," Dr. Duggal adds. "Because we are very limited with the current cache in terms of how we can roll things out."

And that could mean more people who've been waiting months, can get at least some protection, and not have to worry about getting a second dose.

But it's unlikely you'll have a choice which vaccine you want.

"if you refuse at that point of time, perhaps you will not be eligible for anything for a longer period of time, because you go to the back of the line," Dr. Duggal warns.

Also on the vaccine front, Novavax says British trials show their vaccine was 89% effective.  And it was more than 85% effective against the UK variant that's more contagious. They will be applying for regulatory review in Britain, and the European Union. No word on when they'll try here in the U.S.