One step closer to a third COVID-19 vaccine in the US: Monica Robins reports

If approved by the FDA, Johnson & Johnson might begin shipping its one-dose vaccine by mid-March. 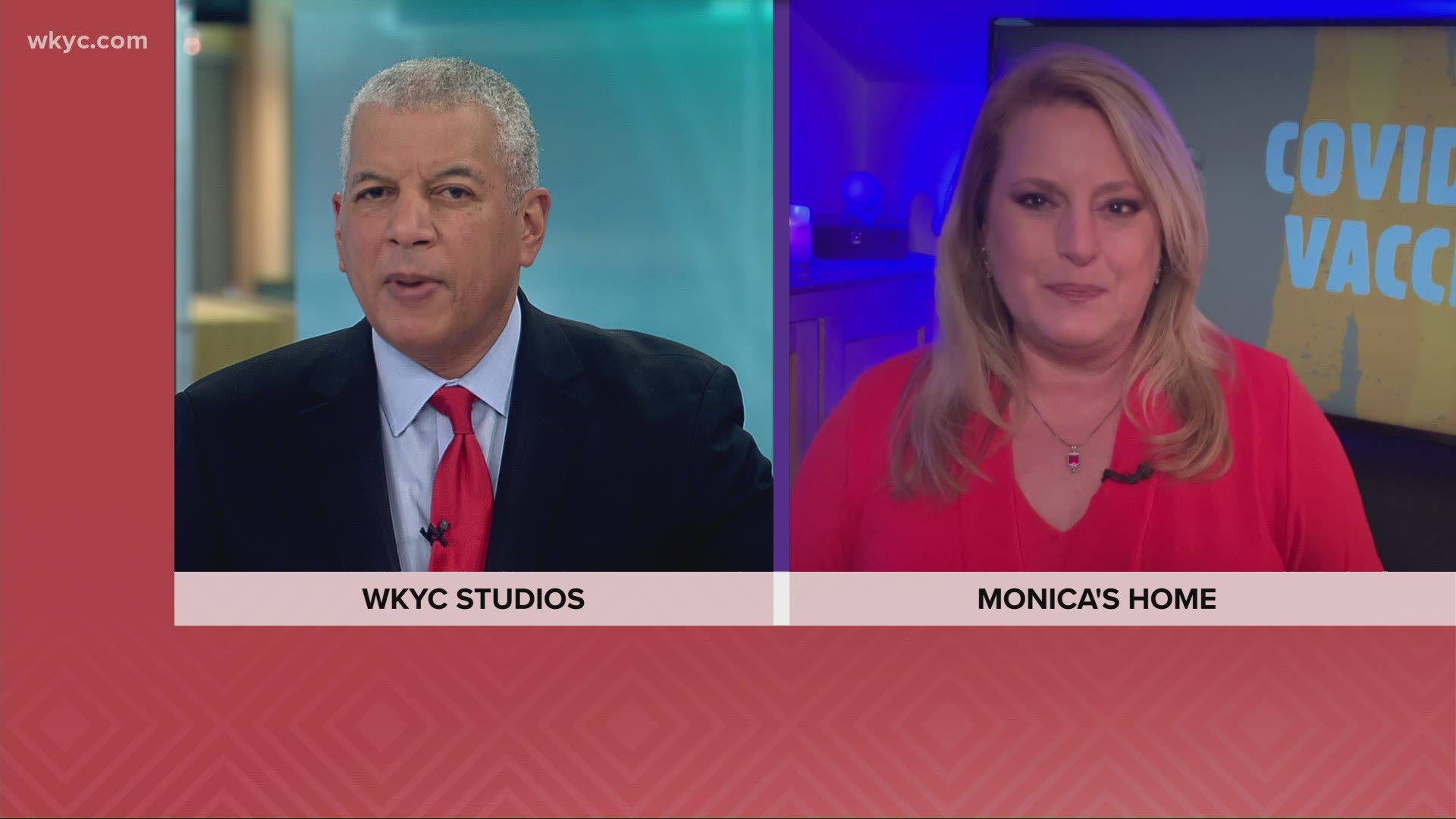 CLEVELAND — On Thursday night, I mentioned that Johnson and Johnson requested emergency use authorization from the FDA. The FDA's advisory committee will meet February 26th to discuss the application, and if approved, J & J might begin shipping its one-dose vaccine by mid-March.

The company says it will deliver 100 million doses by the end of June if approved.

The CDC reports there are at least 618 cases of coronavirus variants from the UK, Brazil and South Africa across 33 states.  It appears the UK variant may be the most dominant.  Because of the variant concerns, the FDA is developing guidance to help vaccine, drug and testing manufacturers adapt.

Meanwhile, while the Astra Zeneca vaccine is being used in 50 countries elsewhere in the world, the FDA is awaiting clinical trial data of about 30,000 people, mostly Americans. Astra Zeneca expects results hopefully by the end of this month and then it will seek emergency use authorization around the first week of March.  So if all goes well, maybe by mid-April that one will join the others.

Meanwhile some good news on that vaccine, the developers said today that it is nearly 75 percent effective against the new emerging contagious variant. Their findings have to be reviewed, but if true that's great news.

So early findings suggest five of the leading vaccines may offer at least some protection against new variants floating around the planet.  Although as the virus continues to mutate, that protection may wane, which is why they're already working on updated vaccines.