The move to support waiving intellectual property protections on vaccines under World Trade Organization rules marked a dramatic shift for the United States. 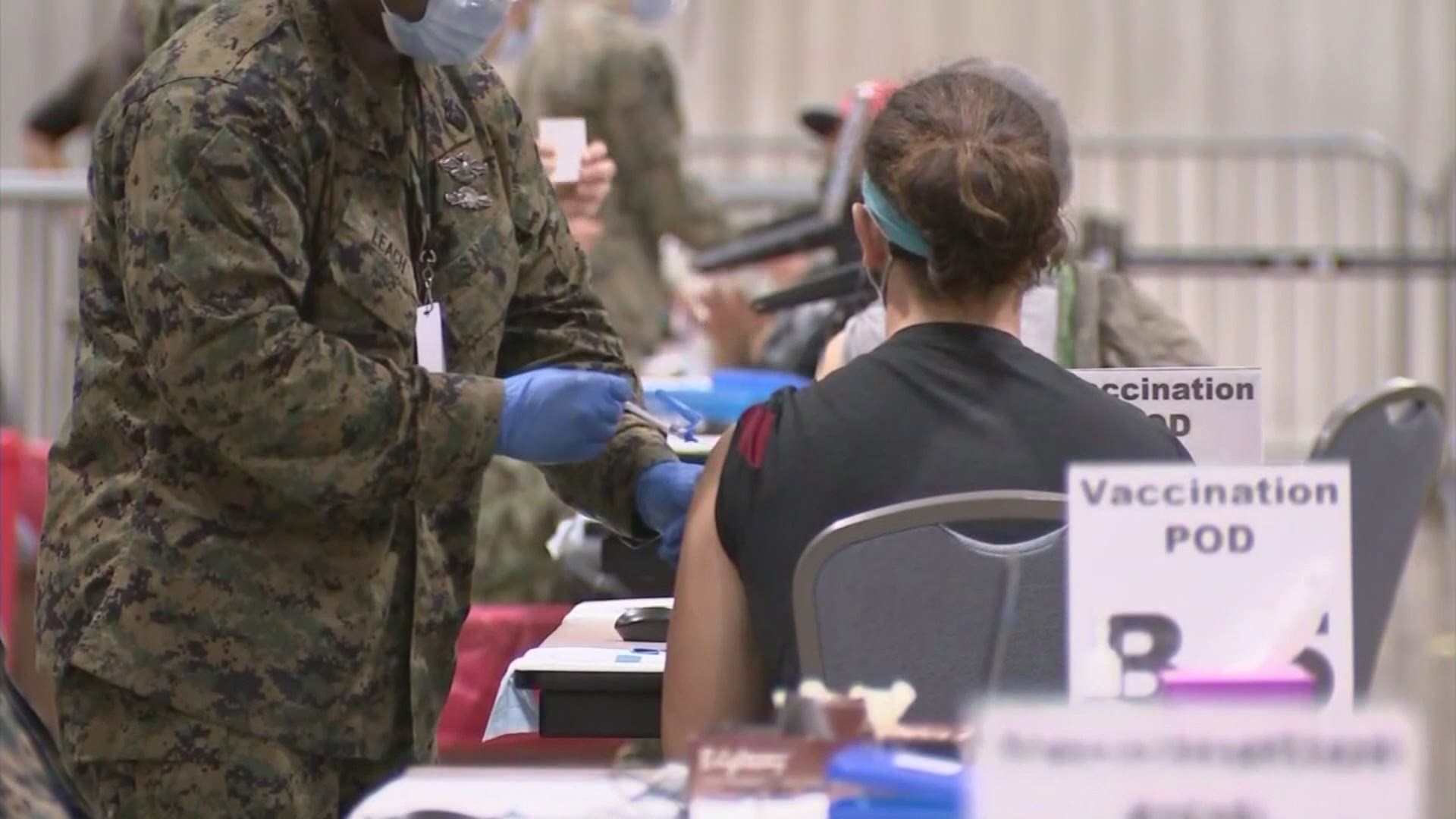 Nor is it clear what effect such a step might have on the campaign to vanquish the outbreak.

Activists and humanitarian institutions cheered after the U.S. reversed course Wednesday and called for a waiver of intellectual property protections on the vaccine. The decision ultimately is up to the 164-member World Trade Organization, and if just one country votes against a waiver, the proposal will fail.

The Biden administration announcement made the U.S. the first country in the developed world with big vaccine manufacturing to publicly support the waiver idea floated by India and South Africa in October. On Thursday, French President Emmanuel Macron embraced it as well.

“I completely favor this opening up of the intellectual property,” Macron said at a vaccine center.

However, like many pharmaceutical companies, Macron insisted that a waiver would not solve the problem of access to vaccines. He said manufacturers in places like Africa are not now equipped to make COVID-19 vaccines, so donations of shots from wealthier countries should be given priority instead.

RELATED: India sets new daily record for COVID cases, but gets sign of hope from US

Pfizer, Moderna, Johnson & Johnson and AstraZeneca — all companies with licensed COVID-19 vaccines — had no immediate comment, though Moderna has long said it will not pursue rivals for patent infringement during the pandemic.

“On the current trajectory, if we don’t do more, if the entire world doesn’t do more, the world won’t be vaccinated until 2024,” he said in an interview with NBC while visiting Ukraine.

Italian Foreign Minister Luigi Di Maio wrote on Facebook that the U.S. announcement was “a very important signal” and that the world needs “free access” to vaccine patents. But Italian Premier Mario Draghi was more circumspect.

But German Chancellor Angela Merkel’s office spoke out against it, saying: “The protection of intellectual property is a source of innovation and must remain so in the future.”

Credit: AP
In this April 8, 2021, file photo, a Northwell Health registered nurses fills a syringe with the Johnson & Johnson COVID-19 vaccine at a pop up vaccination site at the Albanian Islamic Cultural Center in the Staten Island borough of New York. (AP Photo/Mary Altaffer, File)

A Merkel spokeswoman, speaking on customary condition of anonymity, said Germany is focused instead on how to increase vaccine manufacturers' production capacity.

In Brazil, one of the deadliest COVID-19 hot spots in the world, Health Minister Marcelo Queiroga said he fears that the country does not have the means to produce vaccines and that the lifting of patent protections could interfere with Brazil's efforts to buy doses from pharmaceutical companies.

In closed-door talks at the WTO in recent months, Australia, Britain, Canada, the European Union, Japan, Norway, Singapore and the United States opposed the waiver idea, according to a Geneva-based trade official who was not authorized the discuss the matter and spoke on condition of anonymity.

Some 80 countries, mostly developing ones, have supported the proposal, the official said. China and Russia — two other major COVID-19 vaccine makers — didn't express a position but were open to further discussion, the official said.

EU Commission President Ursula von der Leyen said the 27-nation bloc is ready to talk about the idea, but she remained noncommittal and emphasized that the EU has been exporting vaccines widely — while the U.S. has not.

EU leaders said the bloc may discuss the matter at a summit that starts Friday.

The pharmaceutical industry has argued that a waiver will do more harm than good in the long run.

Easing patent protections would eat into their profits, potentially reducing the incentives that push companies to innovate and make the kind of tremendous leaps they did with the COVID-19 vaccines, which have been churned out at a blistering, unprecedented pace.

The industry has contended, too, that production of the vaccines is complicated and can’t be ramped up simply by easing patent rights. Instead, it has said that reducing snarls in supply chains and shortages of ingredients is a more pressing issue.

The industry has insisted that a faster solution would be for rich countries to share their vaccine stockpiles with poorer ones.

"A waiver is the simple but the wrong answer to what is a complex problem,” said the International Federation of Pharmaceutical Manufacturers and Associations. “Waiving patents of COVID-19 vaccines will not increase production nor provide practical solutions needed to battle this global health crisis.”

Intellectual property law expert Shyam Balganesh, a professor at Columbia University, said a waiver would only go so far because of bottlenecks in the manufacturing and distribution of vaccines.

Backers of the waiver say that expanded production by the big pharmaceutical companies and donations from richer countries to poor ones won’t be enough, and that there are manufacturers standing by that could make the vaccines if given the blueprints.

Just over 20 million vaccine doses have been administered across the African continent, which has 1.3 billion people.

There is precedent: In 2003, WTO members agreed to waive patent rights and allow poorer countries to import generic treatments for the AIDS virus, malaria and tuberculosis.

“We believe that when the history of this pandemic is written, history will remember the move by the U.S. government as doing the right thing at the right time," Africa CDC Director John Nkengasong said.