The company says its late-stage trial shows the vaccine is highly effective against symptomatic infection, including against the variants. 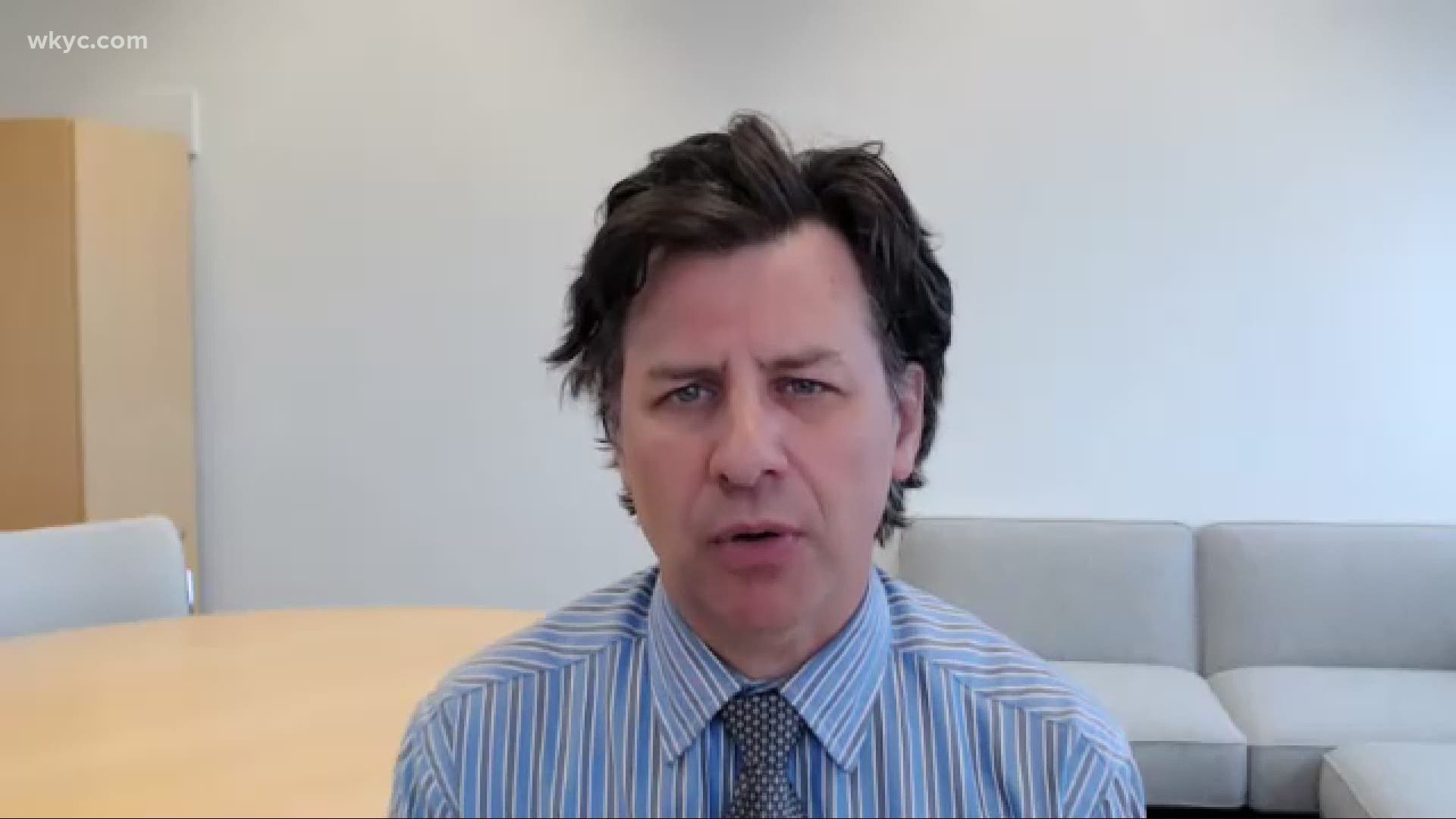 CLEVELAND — Novavax says its COVID-19 study shows its vaccine is 90% effective. It's 100% effective in preventing moderate to severe disease and perhaps most important, showed 93% efficacy against virus variants. That includes the Delta variant, originally spreading in India and now in Ohio, according to the Ohio Department of Health. Experts predict it will likely become the predominant strain by winter.

Novavax plans to seek Emergency Use approval in September, but it may be too late.

"We’re focusing on vaccine hesitancy right now, not supply, so the FDA may ask that the Emergency Use Authorization process not be used anymore," says Dr. Dan Culver, Director of the Interstitial Lung Disease Program at Cleveland Clinic.

That means the company would have to wait a few more months to apply for full approval. But it will definitely be useful as a boost.

"The US is going to need booster shots later this year and I think our vaccine will be very useful for that,” says Novavax CEO, Stanley Erck.

Novavax is a protein-based vaccine. Very similar to the tried-and-true vaccines we're familiar with.

"Rather than delivering the message how to make the spike protein this is just delivering the protein by itself plus some matrix material to stimulate the immune system this would be similar to something like diptheria or hepatitis B vaccine," Dr. Culver said.

Novavax vials can also be stored in a regular refrigerator which would be very useful in low-income countries. The company is also applying for approval in Britain, the European Union, India and South Korea.