Gov. Mike DeWine says state 'should not fixate' on Ohio school districts that won't be back by March 1

DeWine added that Akron school officials have told him that they are attempting to move up their timetable to return to in-person learning. 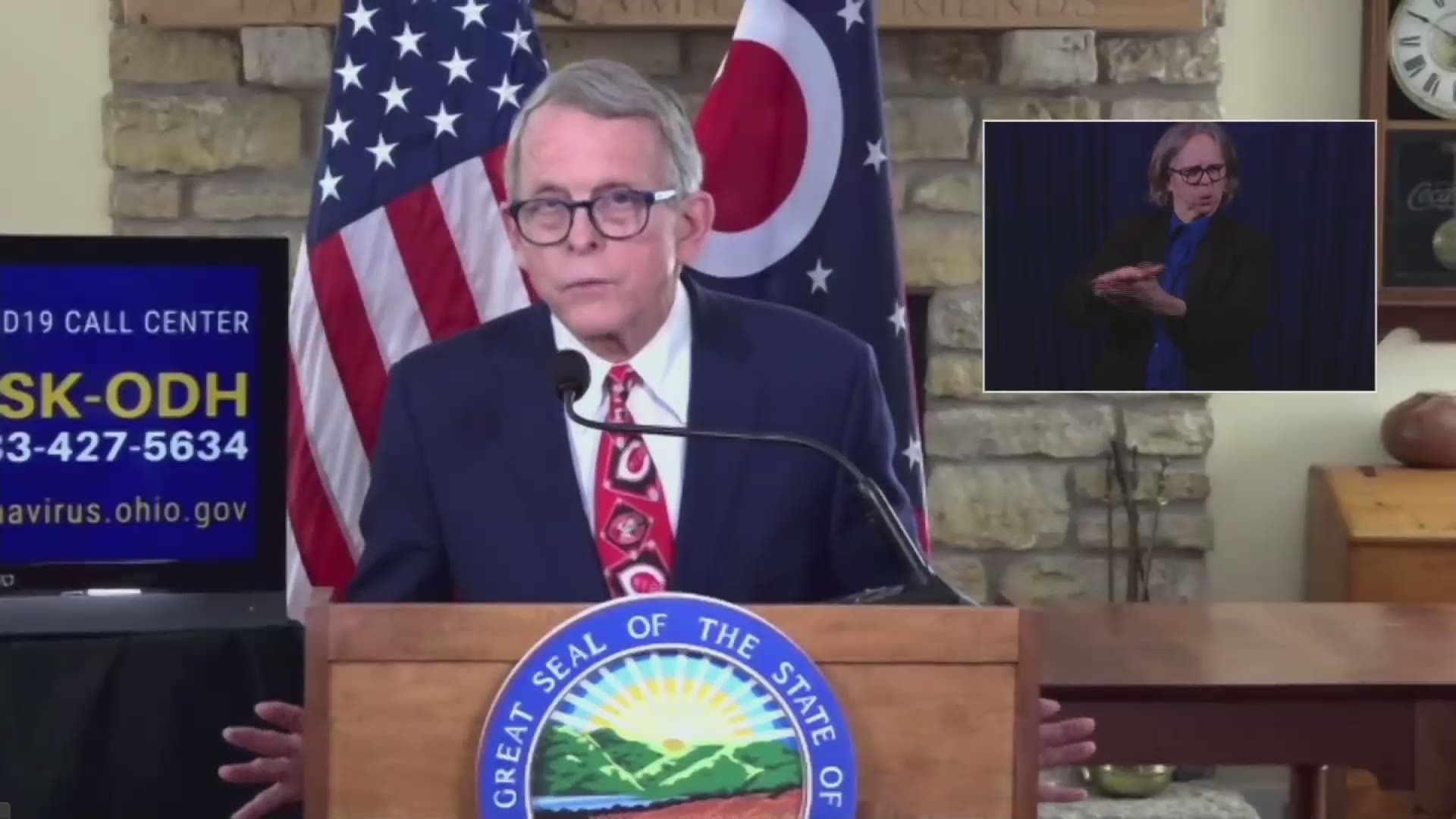 CEDARVILLE, Ohio — Ohio Gov. Mike DeWine has gone through a gamut of emotions over the past six days when it comes to his efforts to get the state's school districts to return to some form of in-person learning by March 1.

The state is in the process of giving first doses of the COVID-19 vaccine to school employees and staff members whose districts signed an agreement to be back by the governor's target date. However, some of Ohio's largest districts, including CMSD in Cleveland and Akron Public School, have indicated that they may not make that goal.

Last Friday, DeWine was angry during a hastily-called briefing where he specifically criticized Cleveland and Akron in his remarks.

During his Tuesday briefing, DeWine doubled down on his remarks from Friday, but seemed to be in more of a negotiation mode when it came to what defined a return to in-person learning.

Then on Thursday, DeWine chose to take a 'glass half-full' attitude when it came to schools that are coming back and those who are not.

"The program has been successful," DeWine said. "The fact that some schools might miss this by a few days is not good, but I think we need to keep our eye on the ball. The glass is about 95 percent full and we should not fixate on the five percent."

DeWine noted that he had "received a text from Akron" moments before the start of the briefing, indicating that they were looking at moving up their timetable of return. Also, Cleveland Metropolitan School District CEO Eric Gordon is scheduled to provide an update on Friday regarding the district's return plans.

"We just have a couple of outliers that need to buy in to what the rest of the state is doing to serve their children," Lt. Gov. Jon Husted added during Thursday's briefing.

You can watch Gov. DeWine's Thursday briefing in the player below: