The bill, if signed into law, would prohibit public schools and colleges from requiring vaccines that are available under emergency use authorization from the FDA. 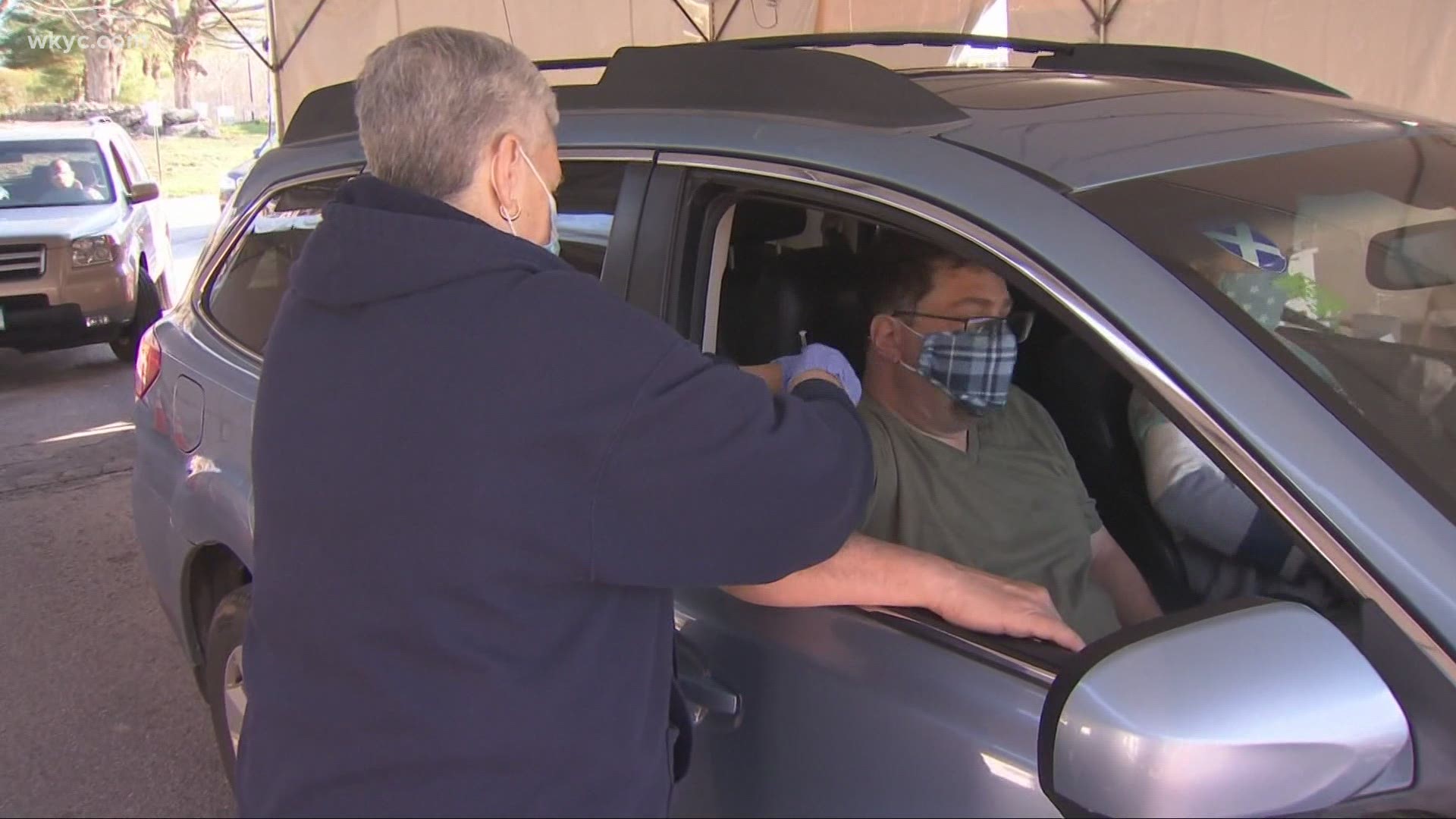 COLUMBUS, Ohio — Editor's note: Video at the top of this story was originally published in an unrelated story on June 28, 2021. This story is published through an agreement with Ohio Capital Journal.

The bill, if signed into law, would prohibit public schools and colleges from requiring vaccines that are available under emergency use authorization from the U.S. Food and Drug Administration. All three COVID-19 vaccines fall into this category.

RELATED: Study finds not everyone will need a COVID-19 booster shot right away

Gov. Mike DeWine said through a spokesman last week he would veto a similar proposal as passed by the House.

Sen. Andrew Brenner, R-Powell, introduced the amendment Monday afternoon into a largely unrelated bill regarding education for children with parents in the military.

In a floor speech, he emphasized that most fatalities from COVID-19 occurred among the elderly. He also cited a study from an unspecified source claiming there’s “no clear benefit” to vaccination when measured against the COVID-19 death rate. He said the decision is between students, their parents, and their physician.

“This is about personal rights, and it’s also about making sure our students are protected,” he said.

RELATED: Study: 23% of people who had COVID-19 have long-lasting effects

Study after study from the CDC and other public health agencies have documented a plummeting COVID-19 death rate among populations with robust vaccination coverage. The Associated Press reported last week that nearly all COVID-19 deaths in the U.S. are now occurring among unvaccinated people.

“I think there is a concern that there might be a movement toward requiring vaccination when it’s not really clear that that is necessary in order for those age groups to prevent the spread of disease,” he said.

Senate President Matt Huffman, R-Lima, said at a press conference earlier in the day that the legislation won’t undermine public confidence in vaccines. He said he didn’t want to see a “hodgepodge” of different decisions when school starts in the fall.

“At least one large, urban district indicated that all students will be required to have the COVID-19 vaccine,” he said. “It reminds people that the vaccine is still experimental and has not been approved like other vaccines.”

RELATED: WHO: Delta variant is 'most transmissible' COVID variant identified so far

COVID-19 vaccines are not ‘experimental.’ To obtain emergency use authorization, manufacturers had to offer to regulators in the U.S. Food and Drug Administration clinical trial data from tens of thousands of recipients on safety and efficacy of the vaccines when measured against a control group. They are also under ongoing safety monitoring from the FDA and CDC.

The amendment passed over the objections of Democrats, who argued the amendment leaves private schools able to require vaccination as they wish, unlike public schools.

RELATED: Amish put faith in God's will and herd immunity over vaccine

After the vote, the Ohio Advocates for Medical Freedom, an anti-vaccination advocacy group, called the vote a “small and temporary win” but doubled down on its support for a broader, more controversial anti-vaccination bill, House Bill 248.

Ohio public schools and colleges have for decades required students to be vaccinated (or in some cases, naturally immune after infection) against a spread of infectious diseases. However, state law requires them to recognize, along with medical exemptions, religious or philosophical exemptions.

The Senate’s version differs from what the House passed last week as it specifies the legislation does not apply to hospitals or health care facilities operated by universities. A DeWine spokesman said last week the governor would veto the House’s idea.

“The governor has made clear his position on bills that discourage vaccination or would affect the right of an employer to keep their employees and customers safe and healthy,” he said.