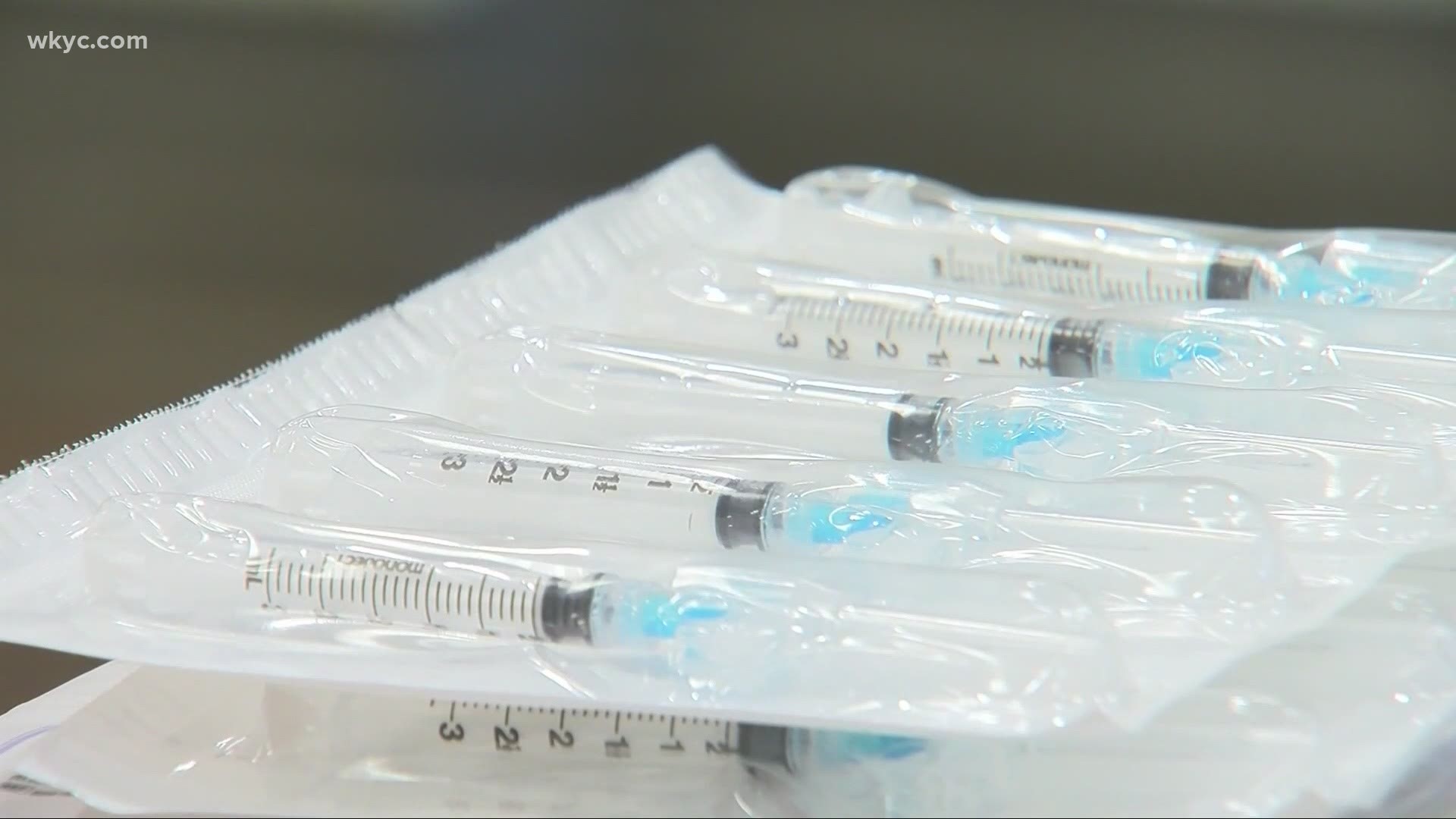 CLEVELAND — On Tuesday, Ohio Gov. Mike DeWine revealed plans for a new website that the state is launching to help streamline the sometimes confusing process of making an appointment for the COVID-19 vaccine.

Let's get to some of your questions about this new website.

Think of it like a one-stop shop website to schedule a vaccine.  You'll type in your zip code and be able to pull up providers and appointments within 20 miles of your location.

Ohio lags behind other states that started similar portals earlier because the governor's original plan was decentralized vaccine locations. However, that plan is causing huge frustration because providers are using different systems and people have to go to various sites, sometimes several times a day to find appointments. There are now just over a thousand providers in Ohio, but those the new ones will have to use the state system, and older ones will eventually have to get on board.

What are the drawbacks?

Because it started so late, many providers already have their own registries and waitlists. Some may not be able to sync with the state software. Others are concerned the state system will allow cutting in line.

"And one of the challenges that they have explained to us, some of these have created lists, waiting lists -- people who are 80 years or 75 years -- and what they don't want to do is abort that and end up where other people can jump the line in front of them. That is one of the reasons why they're not yet ready to jump into the portal," Gov. DeWine said.

What doesn't this fix?

There are still many Ohioans who do not have internet access and need to schedule vaccinations by phone.

When will it open to the public?

No firm date has been announced, but they want a lot of providers to be on it before it goes live.

What else can it benefit?

When it's time for mass vaccination clinics, the state will have a system in place to register and communicate with people wanting vaccines.

Accenture, the same company that administers Ohio Benefits System that determines who is eligible for Ohio assistance programs like Medicaid. It's a system that has had some glitches in the past. The Ohio Department of Health budgeted $3.6 million for this vaccine portal.