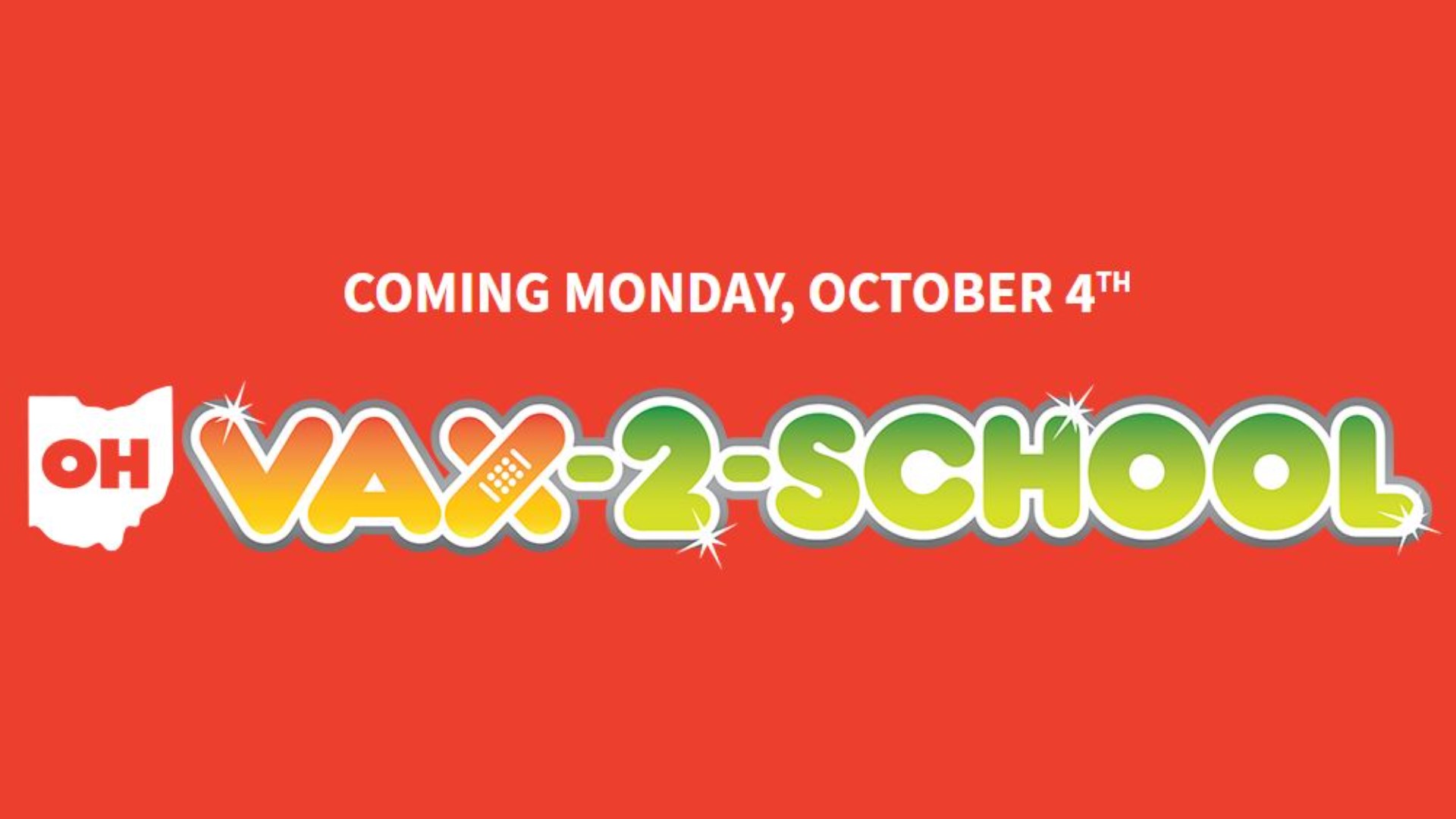 COLUMBUS, Ohio — The state of Ohio is making another push to get more people vaccinated against COVID-19.

It's being called the Vax-2-School COVID vaccine incentive. Here's everything you need to know about the contest...

Children under 17 must be entered by a parent or guardian.

The deadline to enter Ohio's Vax-2-School has not yet been announced.

WHAT ARE THE PRIZES?

“Today we are announcing that Ohio Vax-2-School will double the prizes from the $1 million announced by Gov. DeWine, to $2 million in total prizes," Ohio Department of Health Director Dr. Bruce Vanderhoff said Friday.

Currently, the contest is open to all Ohioans ages 12-25 who have received at least one dose of a COVID vaccination, but will be expanded to include ages 5-11 if the FDA approves a vaccines for that age group.

"Individuals who entered, but did not win, Ohio’s Vax-A-Million drawings are eligible, but they must enter the Ohio Vax-2-School program, as entries do not carry over from Ohio Vax-a-Million," state officials explained in a press release. "There is no required time frame for which past vaccinations must have occurred."

WHEN WILL THE WINNERS BE ANNOUNCED?

The drawings will be held at a yet-to-be-announced date.

“We anticipate that we’ll draw our winners no later than the end of the calendar year,” Dr. Vanderhoff said.

HOW DOES THE DRAWING WORK?

Ohio Lottery officials say the winners will be pulled in the same style as the original Vax-A-Million contest. The Ohio Department of Health will also verify each winner’s vaccination status.

WHERE IS THE PRIZE MONEY COMING FROM?

"The Ohio Department of Health is using a portion of its coronavirus relief funds to fund this innovative public outreach campaign," Dr. Vanderhoff explained.

Last month, Gov. DeWine said his hope is to get people a little more excited about being vaccinated.

“We had a great run two weeks with the Vax-A-Million,” Gov. DeWine said. “We saw our numbers of vaccinations go up rather dramatically. We would like to do something, and we hope that what we’re going to announce will drive this up among the more younger people.”

Ohio previously gave away five $1 million prizes and five full-ride college scholarships during its Vax-A-Million incentive, which concluded on June 23.