'Our results suggest that state-based lotteries are of limited value in increasing vaccine uptake.' 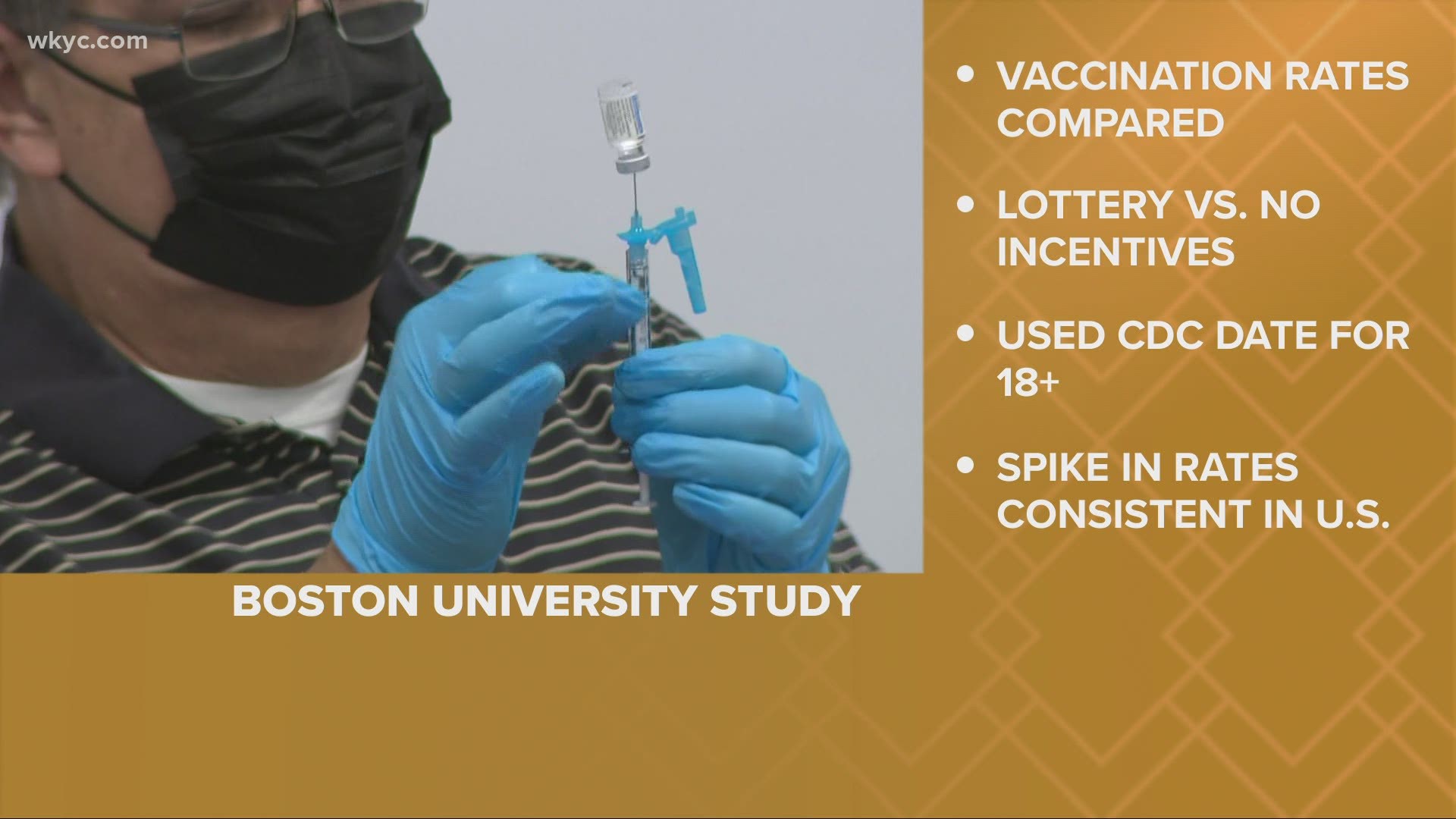 BOSTON — When Ohio Gov. Mike DeWine announced the Vax-a-Million lottery to give away five $1 million prizes, his ultimate goal was to increase the COVID vaccination rate across the state. In a recent study, however, researchers from the Boston University School of Medicine say the Vax-a-Million incentive “was not associated with an increase in COVID-19 vaccinations.”

Boston University researchers said they used data from the Centers for Disease Control and Prevention “to evaluate trends in vaccination rates among adults 18 and older.” The team compared vaccination rates before and after the Ohio lottery with other states in the U.S. that did not yet have an incentive lottery program.

“Vaccination rates in other states served as a ‘control’ for vaccination trends measured in Ohio, allowing the researchers to account for factors besides the Ohio lottery (such expanding vaccine eligibility to adolescents) throughout the country."

Despite other states following suit with various vaccine lottery incentives based on reports that suggested Ohio’s Vax-a-Million program was working, the study determined the incentive did not lead to an overall increase in vaccination rates.

“Prior evaluations of the Ohio vaccine incentive lottery did not account for other changes in COVID-19 vaccination rates in the United States, such as those that may have been due to expansion of vaccination to ages 12-15,” Walkey said.

The team behind the study says they’re hopeful these findings “will lead to a shift in focus away from ineffective and expensive lotteries” with further study of other options that could increase COVID vaccine rates.

“It is important to rigorously evaluate strategies designed to increase vaccine uptake, rapidly deploy successful strategies, and phase out those that do not work,” Walkey said.

After the fifth and final Vax-a-Million winners were revealed last month, state officials noted that 3,469,542 total Ohioans ages 18 and older had entered for a chance to win $1 million. The entries for those ages 12-17 in the Vax-a-Million college scholarship contest had totaled 154,889. That marked an increase of 41,028 adults and 4,702 youths from the week prior.

On June 10, Gov. DeWine said more vaccine incentives would be coming soon, but those plans have not yet been revealed.